NO, You Can't Have It All.
Skip to content 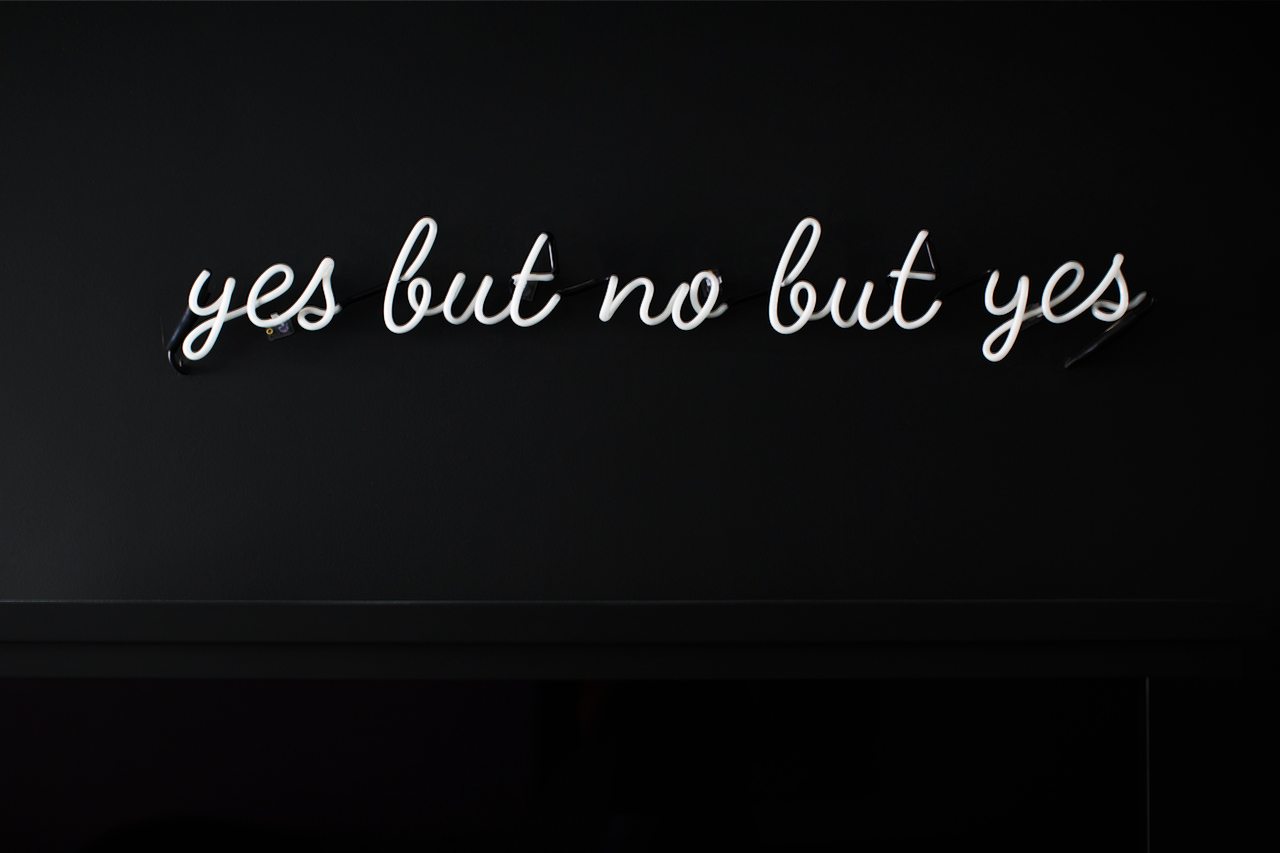 Fresh off a 45 minute spin class & mixing it up today just because.

Don’t know if that’s a good thing or a bad thing? A random post?

Anyway, as you can imagine between planning a wedding in a month ( no really, I’m planning a bachelorette, bridal shower, & wedding in a month – YES I SWEAR ), working, housesitting, traveling, working out, life, etc – my body CRAVES a daily workout. I need an hour to myself to just sweat. So spin was needed.

A spicy post is just a cherry on the top of today.

Here’s the thing. You guys know when I find an article I LOVE, LOVE, LOVE, I kind of have to share. In fact, I can’t keep it to myself. If something really resonates, makes me stop & think…I gotta share. There’s so many bullshit, fake-ass Facebook articles that it’s nice to read something with depth.

I think we’re all on the same page here: we like articles that make us think. Ones that force us to question ourselves. Make us question what society says is ‘the right way.’ Even make us uncomfortable? Well, I like to be uncomfortable sometimes. It feels………I dunno, good?

Anyway, this article did just that SO read it for yourself.

I saw a story on Facebook the other day. Like most stories that get passed around Facebook, it’s probably only 38% true and written by a 16-year-old. But regardless, I found it cool, and at the very least, thought-provoking.

It was about a man named Mohammed El-Erian. Mohammed was the CEO of an uber $2 trillion bond fund called PIMCO and earned upwards of $100 million per year. In January, he unexpectedly resigned in order to spend more time with his 10-year-old daughter.

Now here’s the bad news: A decision like this is apparently a big deal in our society. Totally unexpected and against the cultural grain of “make billions or die trying” that we’re all used to. The article has been making the usual rounds on social media, getting shared and talked about quite a bit.

Apparently El-Erian’s decision came after a fight with said daughter. He was yelling at her to brush her teeth. She refused. He pulled the classic “I’m your father and you will do what I say” routine, to which she said, “Hold, please.” The girl retreated to her bedroom and proceeded to write down 22 important moments of her life that her father had missed because of work — birthday parties, school performances, hare krishna conventions, and so on. Presumably, this crayon-scrawled list gave El-Erian a bad case of what the internet has dubbed “the feelz” and the next day Mohammed was hanging up his hedge fund hat for good — Mohammed “Wow, That’s A Lot of Fucking Zeroes” El-Erian was now a full-time dad.

If you’ve ever taken an economics class, one of the first things you learn is a concept called “opportunity cost,” an idea often illustrated with the quote, “There’s no such thing as a free lunch.”

Opportunity cost means that essentially everything you do, no matter what it is, costs something, even if indirectly. The classic example is when someone takes you out for a free, hour-long lunch. Despite gaining the value of the lunch during that hour, you are still giving up all of the other productive activities you could have potentially been doing.

In our culture, we regularly celebrate people who become rich by doing exceptional things. But the nature of those “exceptional things” often requires extremely high opportunity costs. Bill Gates famously slept in his office five days a week and remained single well into his 30s. Steve Jobs was a deadbeat father to his first daughter. Brad Pitt can’t leave his house without being bukkaked by flashbulbs and cameras. The man has stated that he’s gone through periods of depression due to the social isolation caused by his extreme fame.

The point is that doing anything truly great requires some sort of inherent sacrifice that may or may not be immediately obvious. You know, like missing a series of your daughter’s birthdays.

(If you’ve read a lot of my stuff, you’ve seen this idea in other forms before, particularly here and here.)

Enter the concept of “FOMO” or “Fear of Missing Out.” We live a life that is constantly pelted with reminders of everything we are unable to become.

Back, say, 200 years ago, people didn’t have this problem. If you were born a farmer, you likely didn’t have many opportunities beyond farming. Moreover, you likely weren’t even aware of opportunities beyond farming. Therefore, devoting everything in your life to becoming an expert farmer involved next to no opportunity costs and next to no FOMO. After all, there was nothing else to miss out on.

In a bizarre and backwards way, people back in the day could “have it all.” They had it all simply for the fact that there was nothing else for them to have.

Last month I wrote an article about life purpose. Something like 800 bazillion people shared it on Facebook and told me I was a cool kid. Elizabeth Gilbert, author of Eat, Pray, Love even thought it was neat. But this whole business of “life purpose” didn’t even exist until a few decades ago. As a question, it didn’t make sense.

In a way, your so-called life purpose crisis is a luxury, something you’re allowed to have as a result of the amazing freedoms the modern world has bestowed upon you.

I get emails all the time from people who complain about work/life balance. There are articles all over the mainstream media debating whether it’s possible to “have it all” — i.e., is it possible to be an all star in your career and have a healthy family life and have cool and fun hobbies and be financially stable and have that sexy bikini body and cook organic soufflé in your underwear while buying beachfront property on your new iPhone 6, all at the same time?

And we’re made aware of this in a terribly connected way each day. Every person who decides to sacrifice their dating life to advance their career is now bombarded constantly by the rambunctious sex lives of their friends and strangers. Every person who sacrifices their career prospects to dedicate more time and energy to their family is now bombarded with the material successes of the most exceptional people around them at all times. Every person who decides to take a thankless but necessary role in society is now constantly drowned in inane stories of the famous and beautiful.

So how do we respond to this new, overly-connected culture? How do we manage our FOMO?

The conventional answer, the answer you’ll find in most bookstores and at most seminars is some variation of “do more with less,” “practice time management,” or as Arnold Schwarzenegger once said, “sleep faster.”

El-Erian stated in his dad-of-the-year Facebook article that he spent years justifying missing his daughter’s birthdays to himself — he was busy, work was too demanding, his travel schedule was insane.

This is the typical work/life balance, woe-is-me complaint we always hear: “I have all of these things I want to do and not enough time.”

But what if the answer isn’t to do more?

What if the answer is to want less?

What if the solution is simply accepting our bounded potential, our unfortunate tendency as humans to inhabit only one place in space and time. What if we recognize our life’s inevitable limitations and then prioritize what we care about based on those limitations?

What if it’s as simple as stating, “This is what I choose to value more than everything else,” and then living with it?

This past week, I received an email from a man who was distressed about his life situation. He had a job he hated and had become disconnected from the friends and activities he once cared about. He said he was depressed. He said he felt like he had lost himself. He said he hated his life.

But, he added at the end, he had become accustomed to the lifestyle his job afforded him. So quitting his job was out of the question. He then asked what he should do.

El-Erian’s priority was $100 million per year. His priority was CEO. His priority was private helicopters and stretch limos and bankers jerking off all over his balance sheet wherever he went. And to earn those things, he chose to give up being present in his daughter’s life.

Until one day, he chose the opposite.

For me this article rings very, VERY true. There’s been many things I’ve sacrificed that people maybe don’t see. It’s not a poor-me thing, I have made the conscious choice to do one thing & not the other, you know? There’s just been a lot of events/birthdays/Friday nights/parties/weekend plans/networking opportunities that I have passed up to work on my business.

Obviously I love working on my business. It’s very important to me. A top priority, clearly. But sometimes that priority causes me to miss out.

Ultimately, I recognize that life is about where you put your energy…& “having it all” is kind of fucking subjective? I mean what does that even mean? Having it all? What’s the “all?” Who has it all? Does Angelina Jolie have it all? Did we think she did? Hmmm. Having it all is a YAWN & I call bullshit. What a hamster wheel. I picture an octopus with all its hands out grasping at everything ( what a tired octopus, HA! ).

SO I certainly don’t have it all. But I am happy. I strive for balance but frequently screw that up…in today’s world, the word balance is over-used. I feel like a few years ago I was guilty of over-using the word too ( a great word, just used too lightly maybe? ). I had to stop myself & think the of meaning…because balance is AMAZING…in balance.

Love your job? Obsessed? Can’t stop working? Your time with your significant other will most likely struggle.

Photography is your RIDE OR DIE passion? That 9 to 5 may slack.

Fixated, IN LOVE, so focused on your relationship(s)? Don’t be surprised if you don’t see your family and friends as much.

Bottom line: the grass will grow where YOU water it. You’re in charge. & it’s OK if you can’t water all the grass at once. In fact, it’s normal. And on that note, you can’t tell someone else where to water THEIR grass.

Where are you watering your grass? Which spots are the greenest?

Lately, I’ve been thinking about where I water my grass & where those brown spots reside.

……..Like I said, I love an article that causes reflection.

Ok, would love to know your thoughts, opinions, good/bad/ugly – as always.

+ if you’re interested in going deeper into subjects like these and more business, I AM HOSTING A FREE WEBINAR TOMORROW!! At 5 PM PST. Sign up in 3 seconds here. Come hang out, bring a friend, & maybe some champagne. See you tomorrow at 5 PM!

+ Listen to Mark on the Him & Her podcast & read his book, The Subtle Art of Not Giving a Fuck.