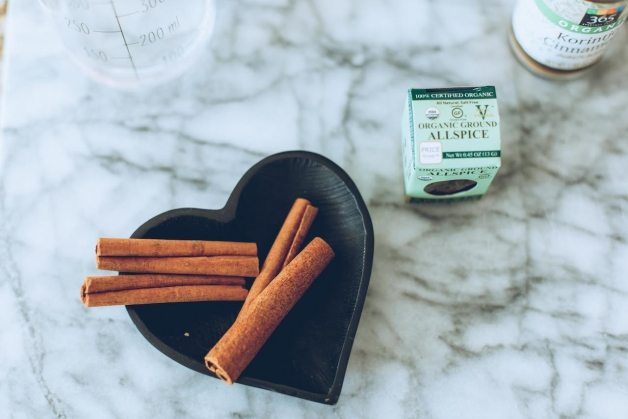 What a way to end the year though.

I feel like I’m not being a bad influence here, guys…because technically January is filled with resolutions, cleanses, & health, so why not be naughty for New Year’s Eve?

Hey at least this buttered rum has grass-fed butter in it…so it’s kind of like Bullet Proof coffee— but Bullet Proof Rum.

Ultimately, this is a one & done type of drink. I mean you don’t need 3. Have one, enjoy it, move on to the bubbly. You get it. 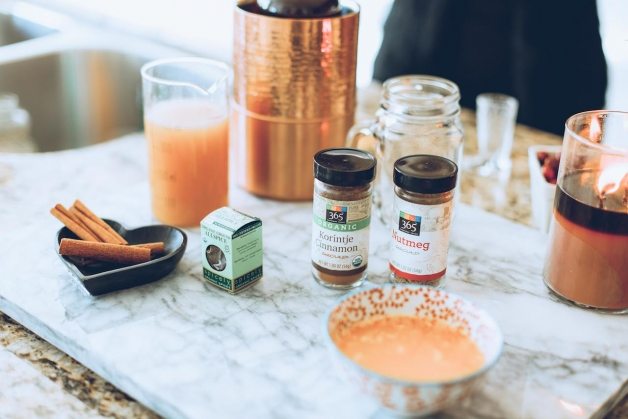 Mmkkay. So let’s talk about easy ingredients shall we?

BUTTERED RUM BECAUSE HELL, YOU DESERVE IT

+ Directions: in a bowl, cream together the butter, sugar, cinnamon, nutmeg, cloves, & salt. Refrigerate until almost firm. Spoon about 2 tablespoons of the butter mixture into 12 small mugs. Pour about 3 ounces of rum into each mug ( filling about halfway ). Top with boiling water, stir well, & serve immediately.

Here’s more of an explanation:

I feel like a champagne cocktail on New Year’s Eve is JUST as predictable as glitter or a bandeau dress on NYE? THOUGHTS?

Please, do eigh in.

Anyway back to the hot buttered rum. 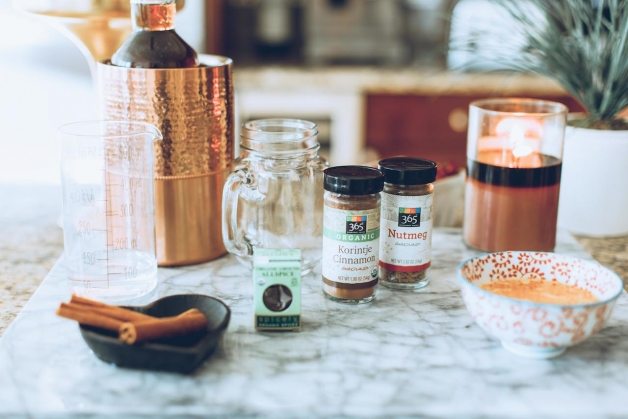 Buttered rum is just fun & kind of reminds me of Harry Potter’s butter beer. Plusssss who doesn’t want to come out of 2015 with a bang? Let’s butter it up, & then worry about our green juice January 1st.

On that note, don’t forget to enter this giveaway. I’m telling you, it’s so easy to enter & it’s tons of fun products. 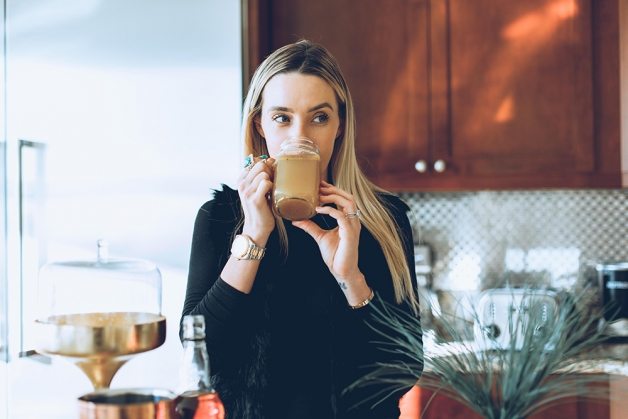