The Rehearsal Dinner ( AND A MELTDOWN ): Part II
Skip to content 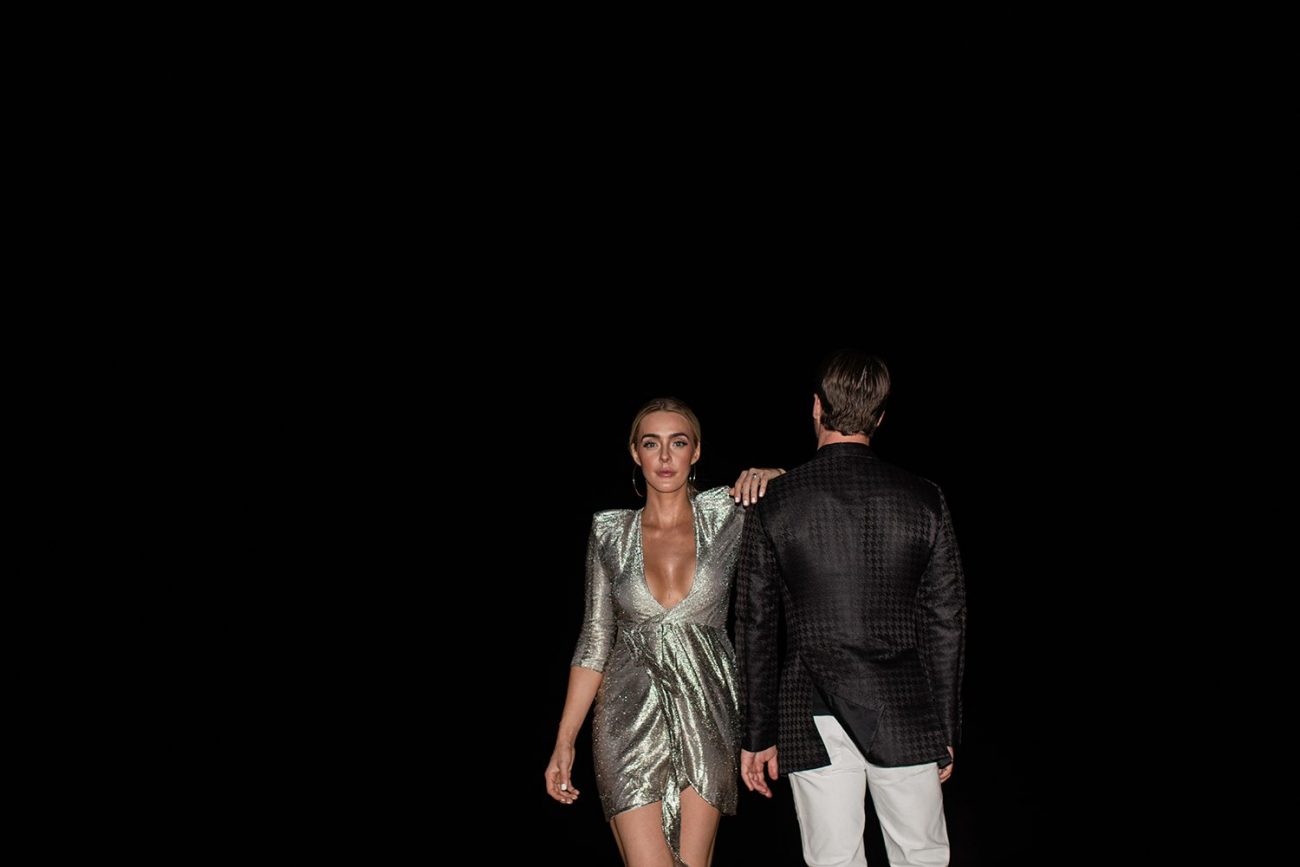 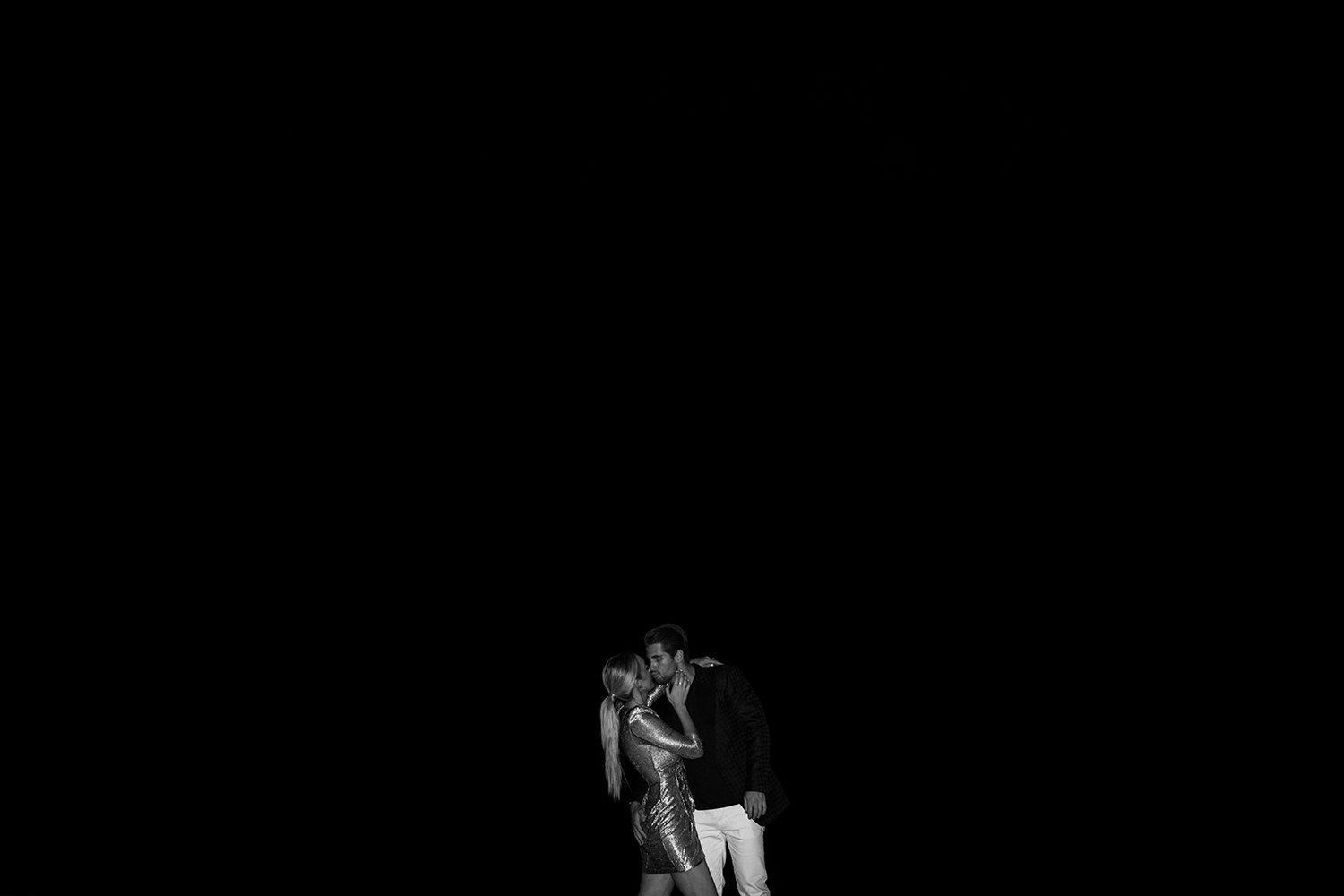 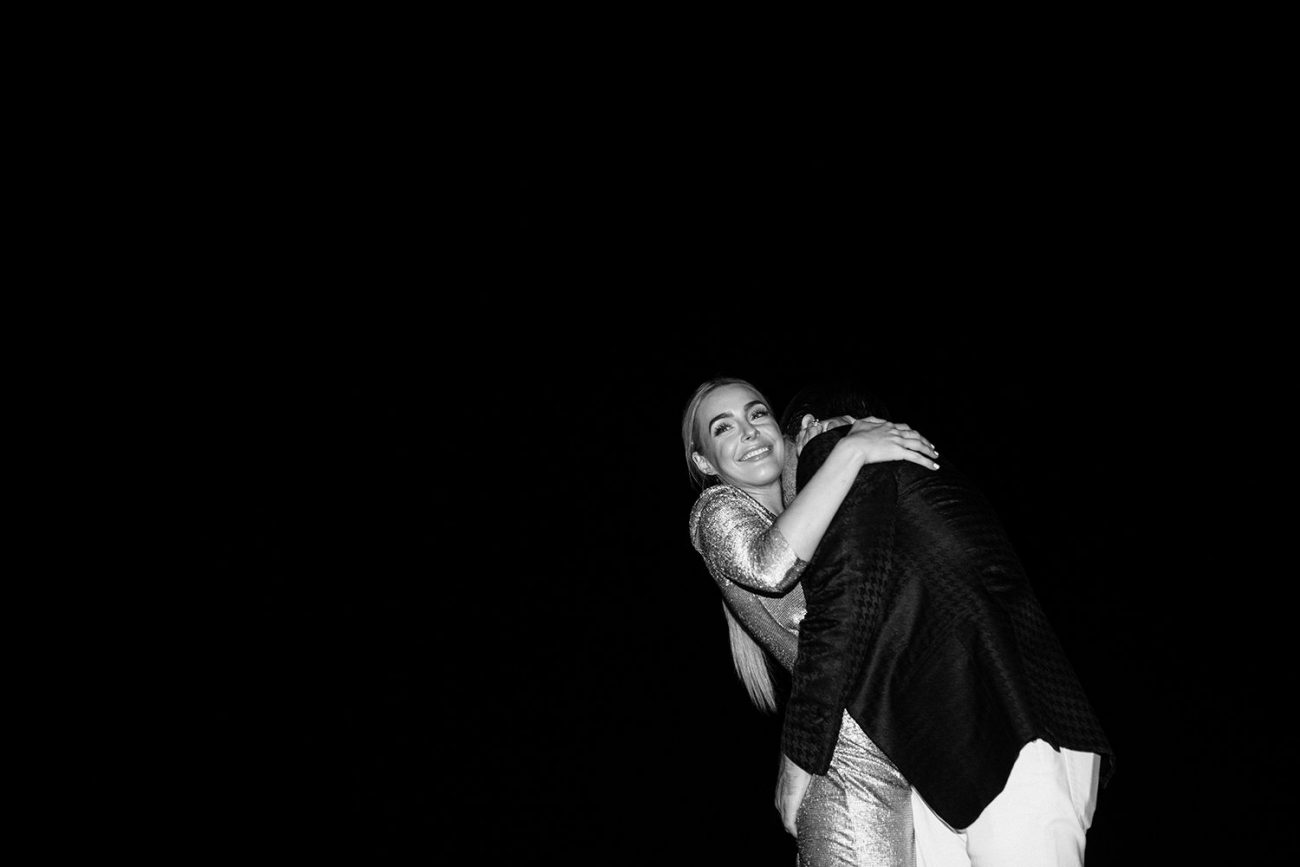 Well we are getting there, aren’t we?

This is part II of dun-dun-dun…The Rehearsal Dinner.

( I told you guys it takes a while to wrap my head around things didn’t I? ).

Here’s the thing: I don’t want to bombard you with 8 zillion wedding posts so I’m taking my sweet time. Hopefully next week we can actually get to the wedding. Four days of wedding is a lot of content !!!

So as you know we started off soft with The Welcome Party & then started getting a little more masculine with The Rehearsal Dinner to set the tone for the darker, vamp-ier wedding.

The story needed to flow. 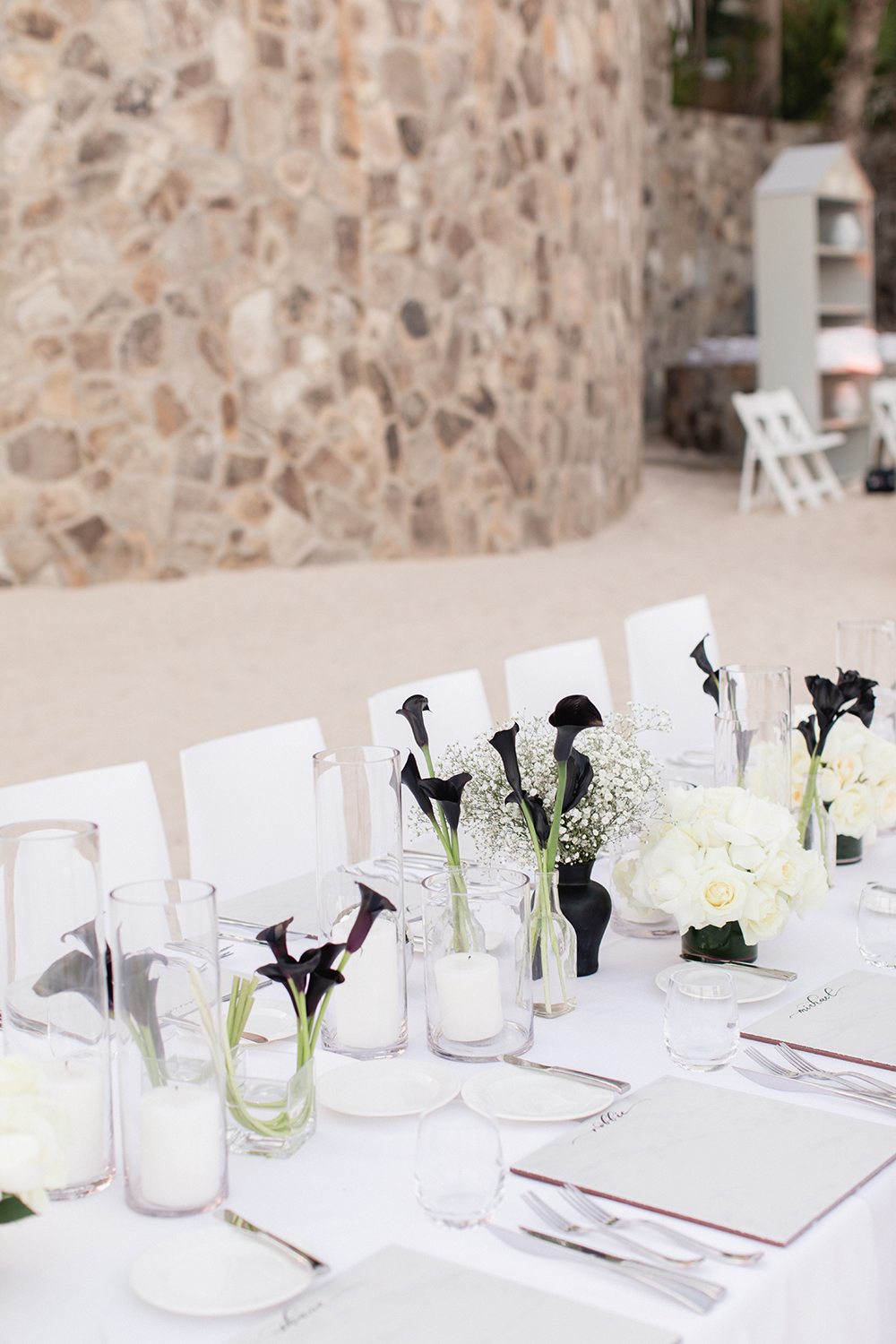 Ok first off let’s dig a little deeper into the decor here: big shout out to Del Cabo Event Design who did all the fabulous rentals and One & Only Palmillia who hosted the dinner us. & of course, Esoteric Events & Arete Florals– they truly helped the whole vision come to life.

Clearly we did more white than black here. Black was more the accent. Everyone had a big, HUGE, THICK white tile at their seat. On it was their name in whimsical calligraphy ( thank you Seniman Calligraphy for this festive touch ).

There were a lot of white flowers ( baby’s breath & white roses ) with a hint of black callilies.

And tons, AND I MEAN TONS, of candles. 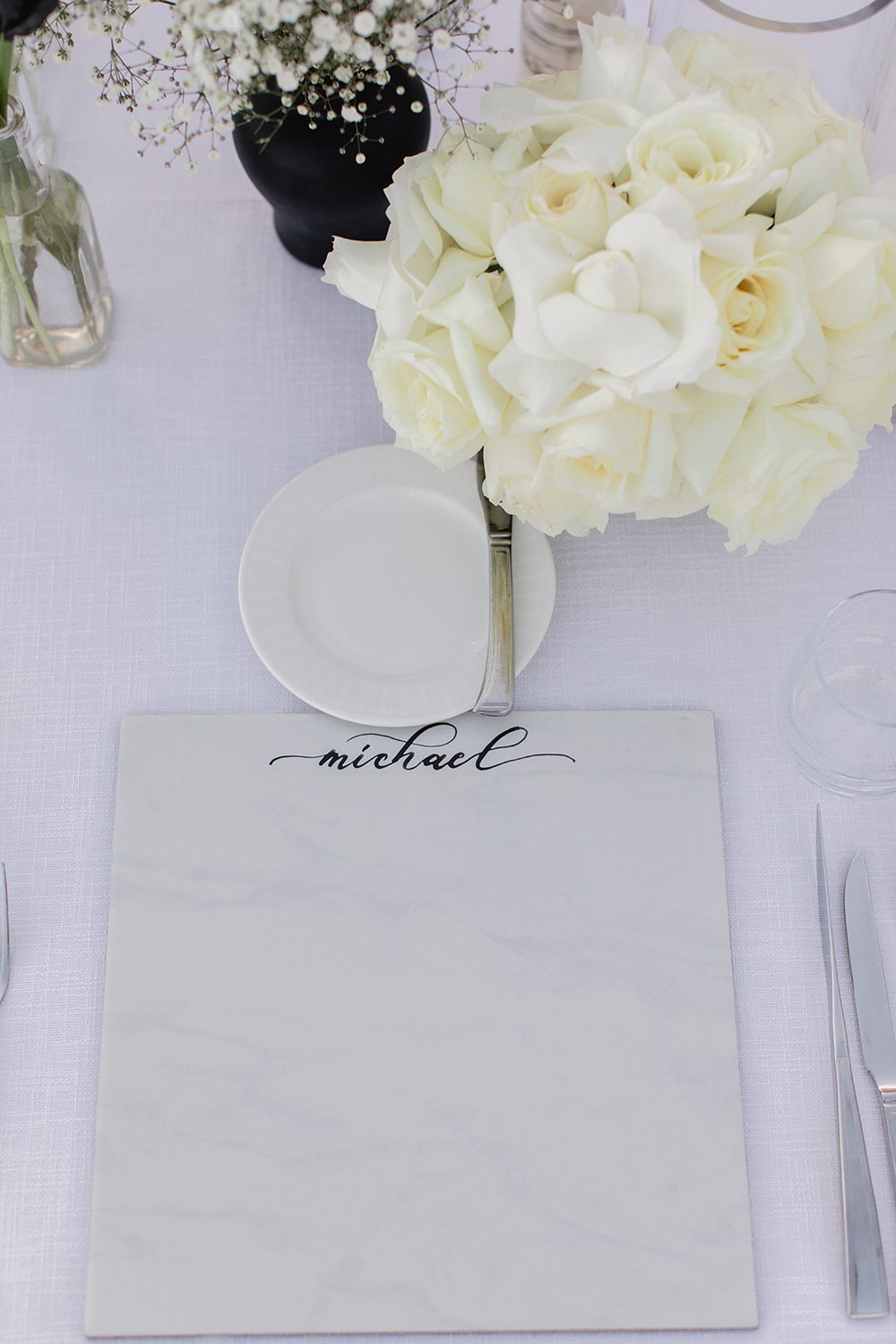 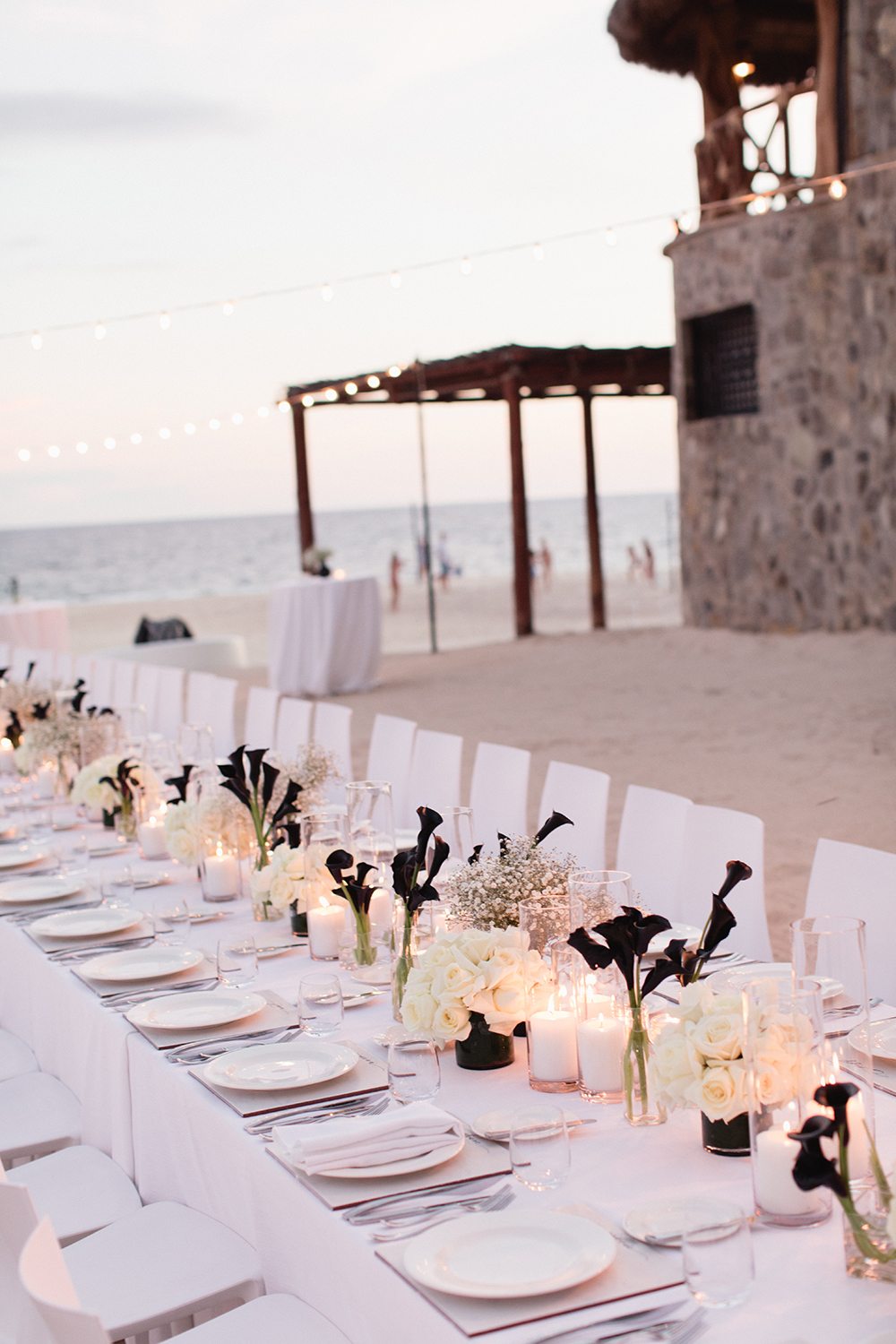 The day of The Rehearsal Dinner I actually sent someone to Rite-Aid to pick up 200 more candles.

I could have cared less about the quality.

I just wanted a million white candles, all different shaped & sizes dripping everywhere. The candles were all down the table, some in glass cylinders, some free-standing, some so dirt cheap they burned in 5 minutes.

JUST A LOT, everywhere, I needed a million.

…oh yes, oh YES they were flowing. I can report back: THERE IS SUCH THING AS TOO MANY SHOTS. 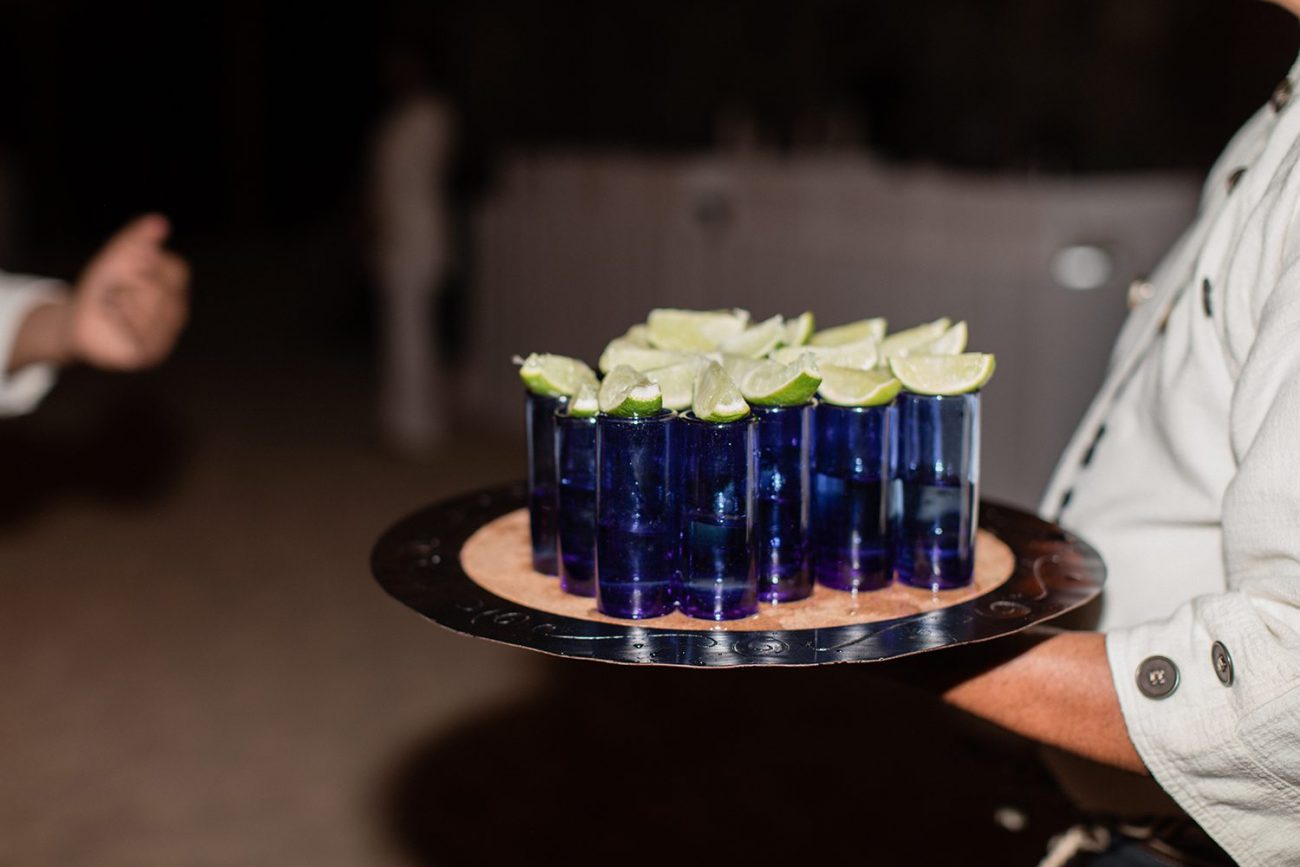 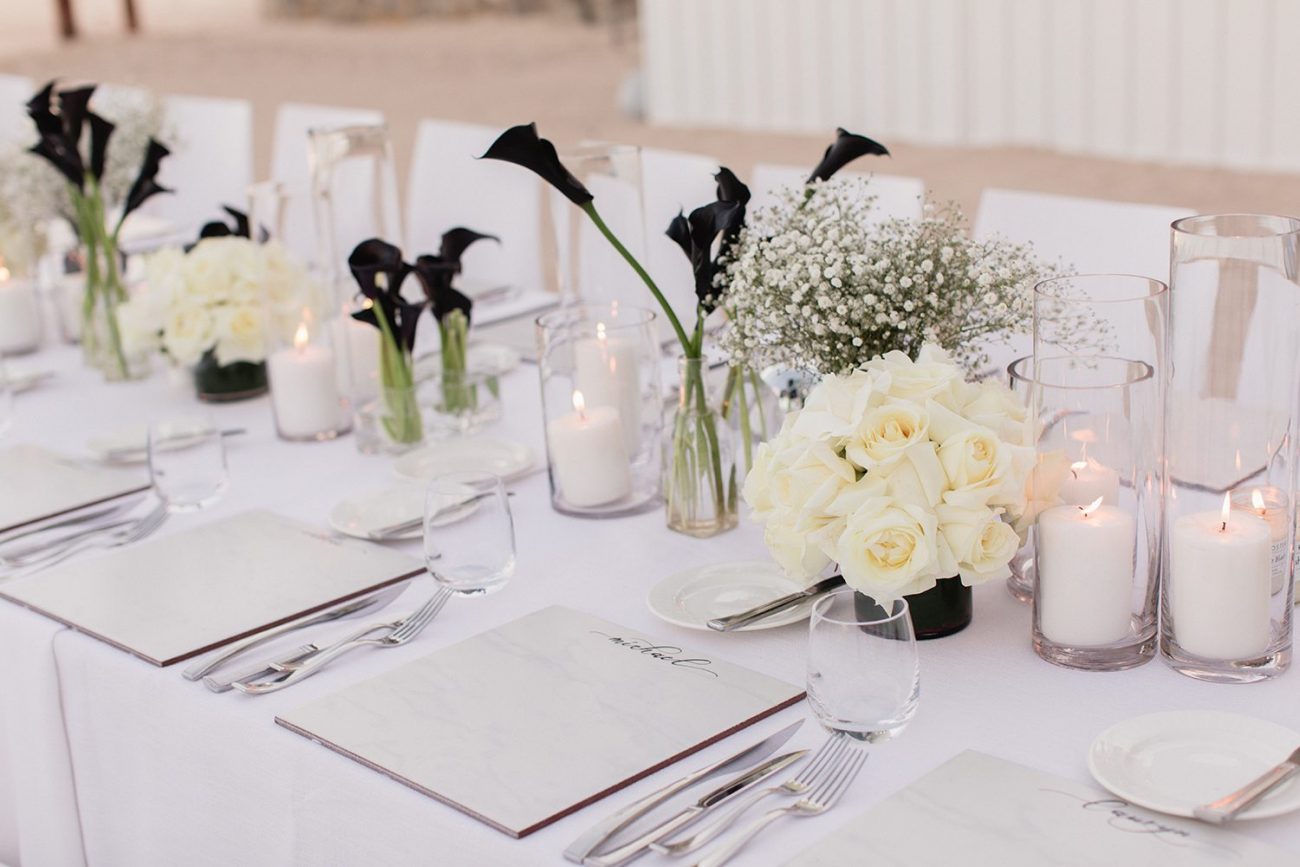 Because I got DRUNK.

I’m always one for fun but I don’t like to get too drunk. I mean I prefer a great buzz off a few glasses of wine or a couple of skinny margaritas.

But here’s the thing: when you’re getting married, YOU ARE BUSY. So busy that you forget to eat. Now I usually never forget to eat. I mean how could you? It’s the best. I love to eat.

But I’m telling you the week of my wedding, I forgot ( any brides relate? ). You’re so busy, so crazed, & mixed with work & entertaining my family…I was on overload. It’s weird how you forget too. But really you just…forget.

And well, the day of The Rehearsal Dinner…I fucking forgot. I think I had some eggs…eer, for breakfast & maybe a few chips? Maybe? Not nearly enough water. Like a sip. 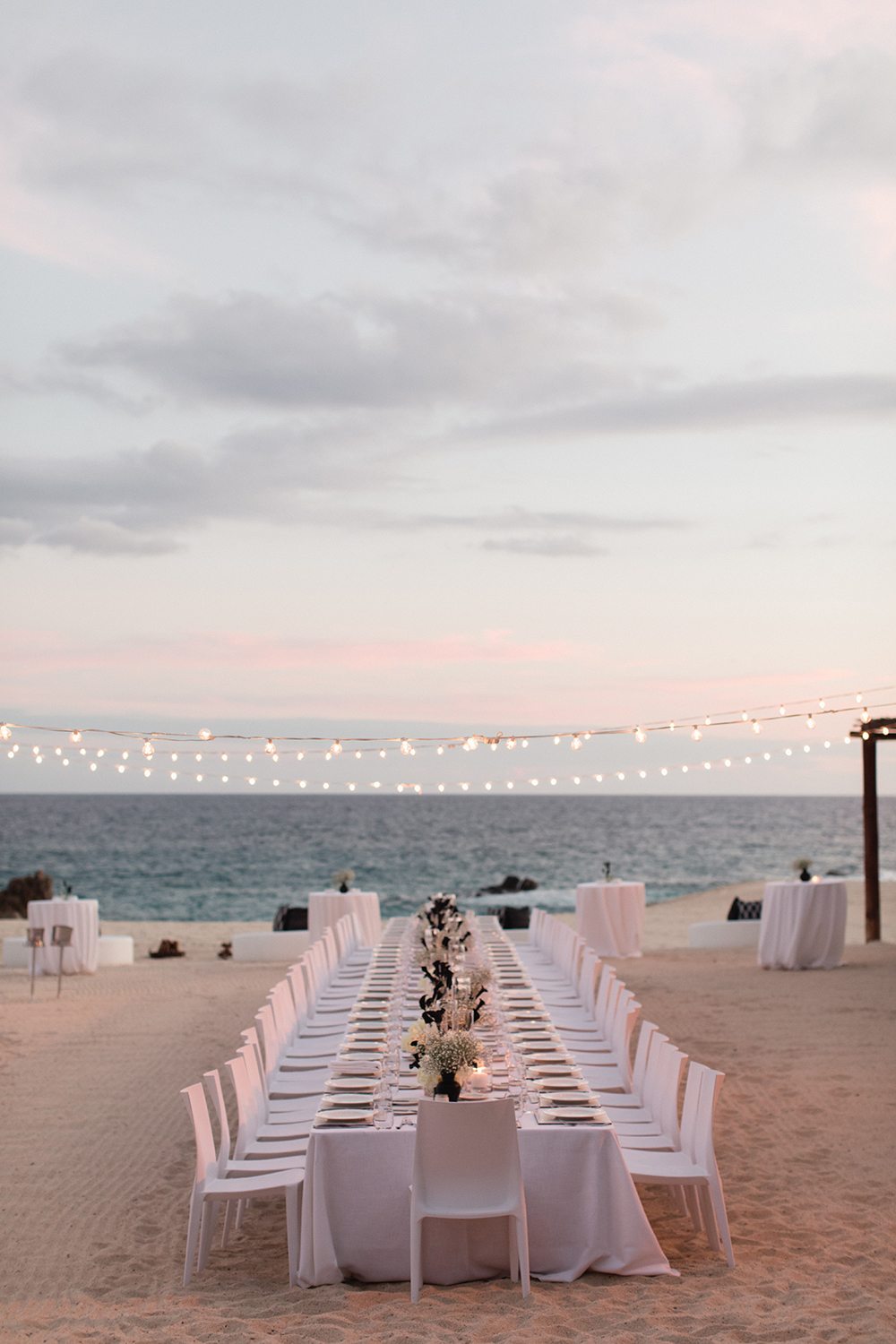 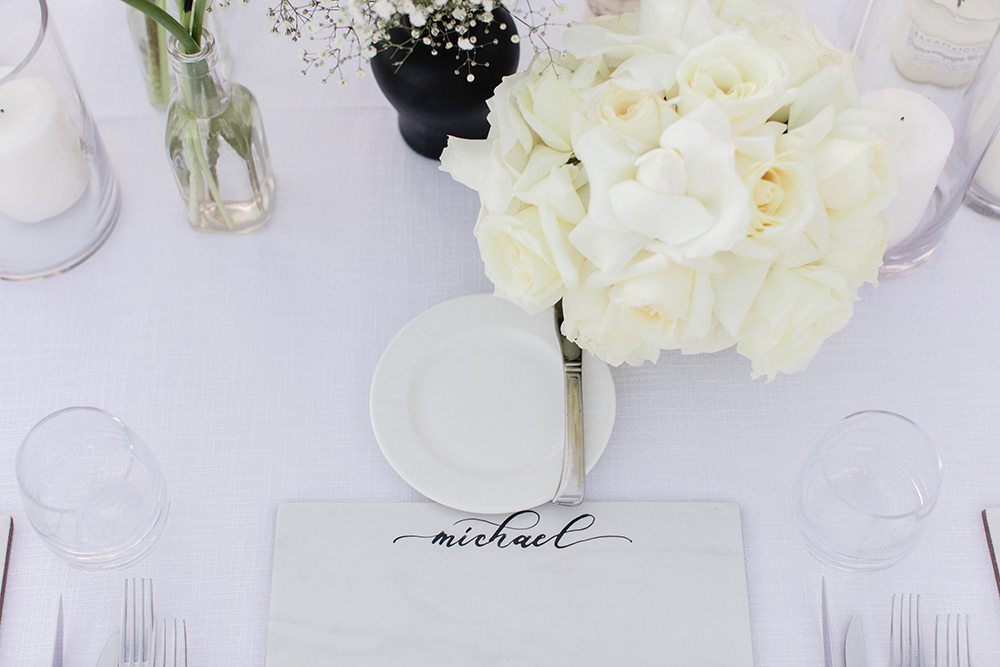 NOT only did I forget to eat: there were Karma tequila shots everywhere. Typically I’m not a shot person but for some reason I wanted a few to be like one of the guys. Just a big-ass, atrocious FAIL.

…Stress was also a huge factor.

There was so much stress leading up to the events: family, friends, arrangements, getting rooms ready, e-mails, planning, the band, the decor, flowers, seating charts, blah-blah-biddity-blah, & of course…leaving everything to the last-minute ( << me ).

So ya, I basically got wayyyyy too wasted.

To be honest, I went Bridezilla.

I actually surprised myself.

Like screaming down the halls, acting like a total asshole, CRAZY BITCH Bridezilla. I feel like my nipple came out at one point? A pop of floral panty too? Let’s get very detailed here: I even threw a banana at Mimi ( not in a mean way ) & squished kiwis on the floor with my heels. Mimi was a little perturbed to say the least. 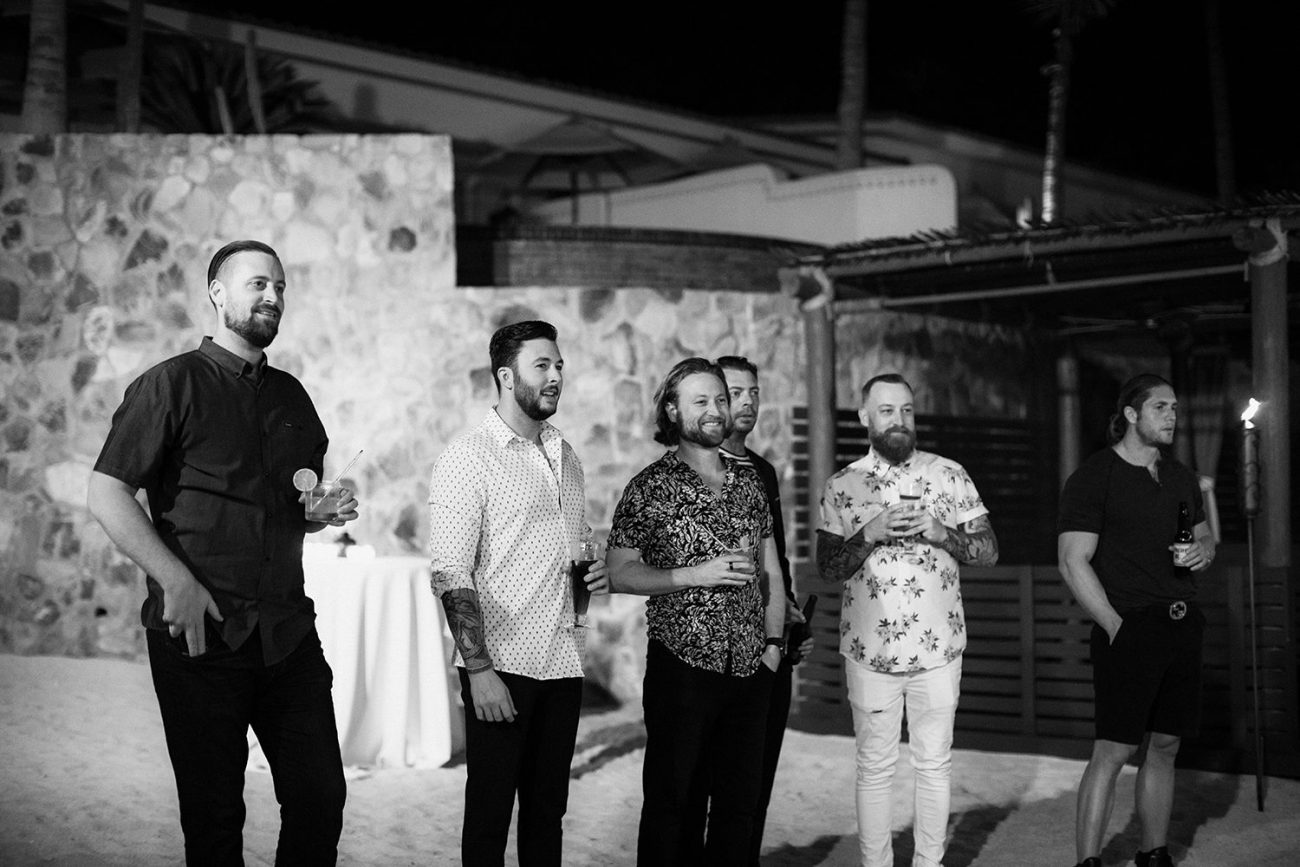 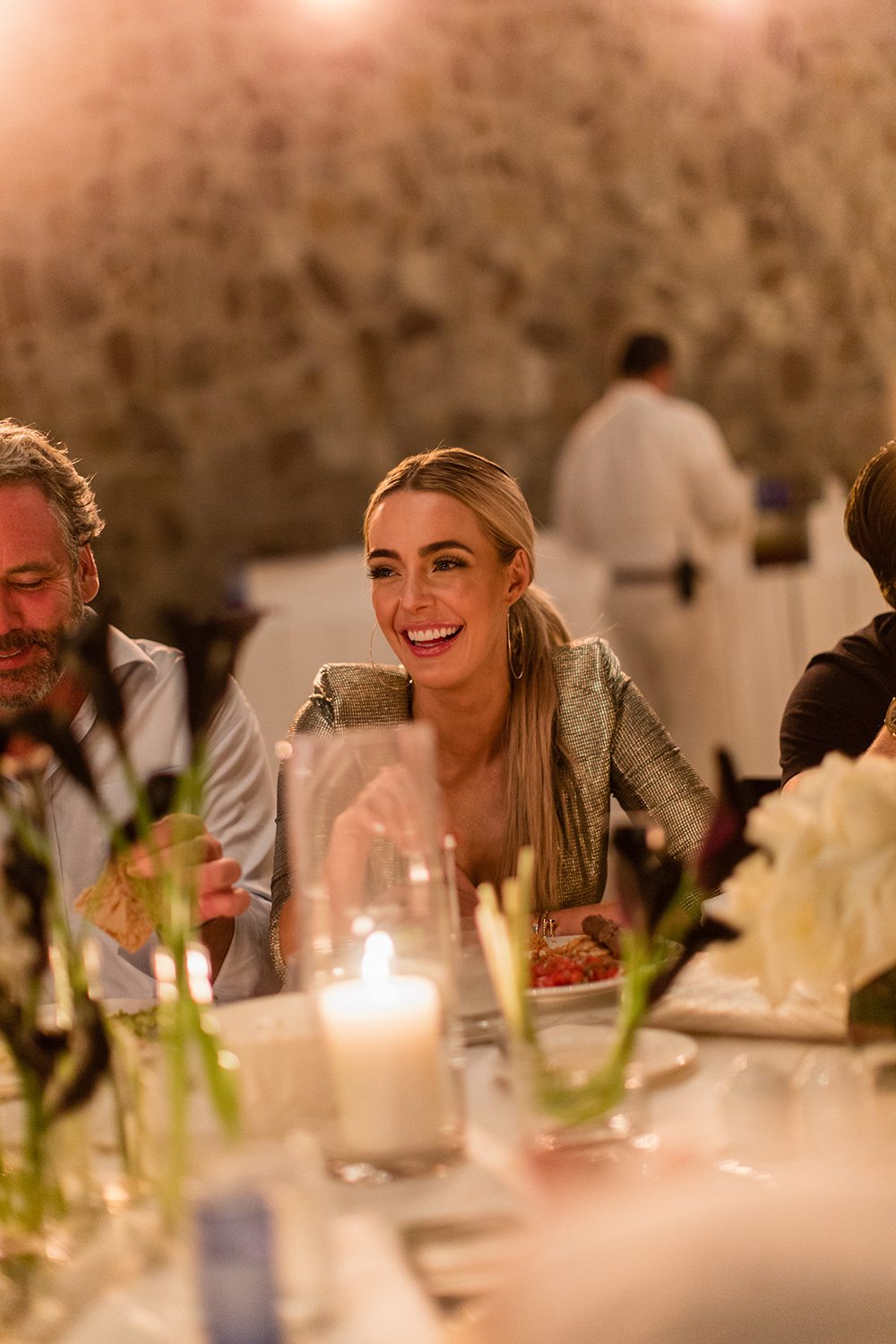 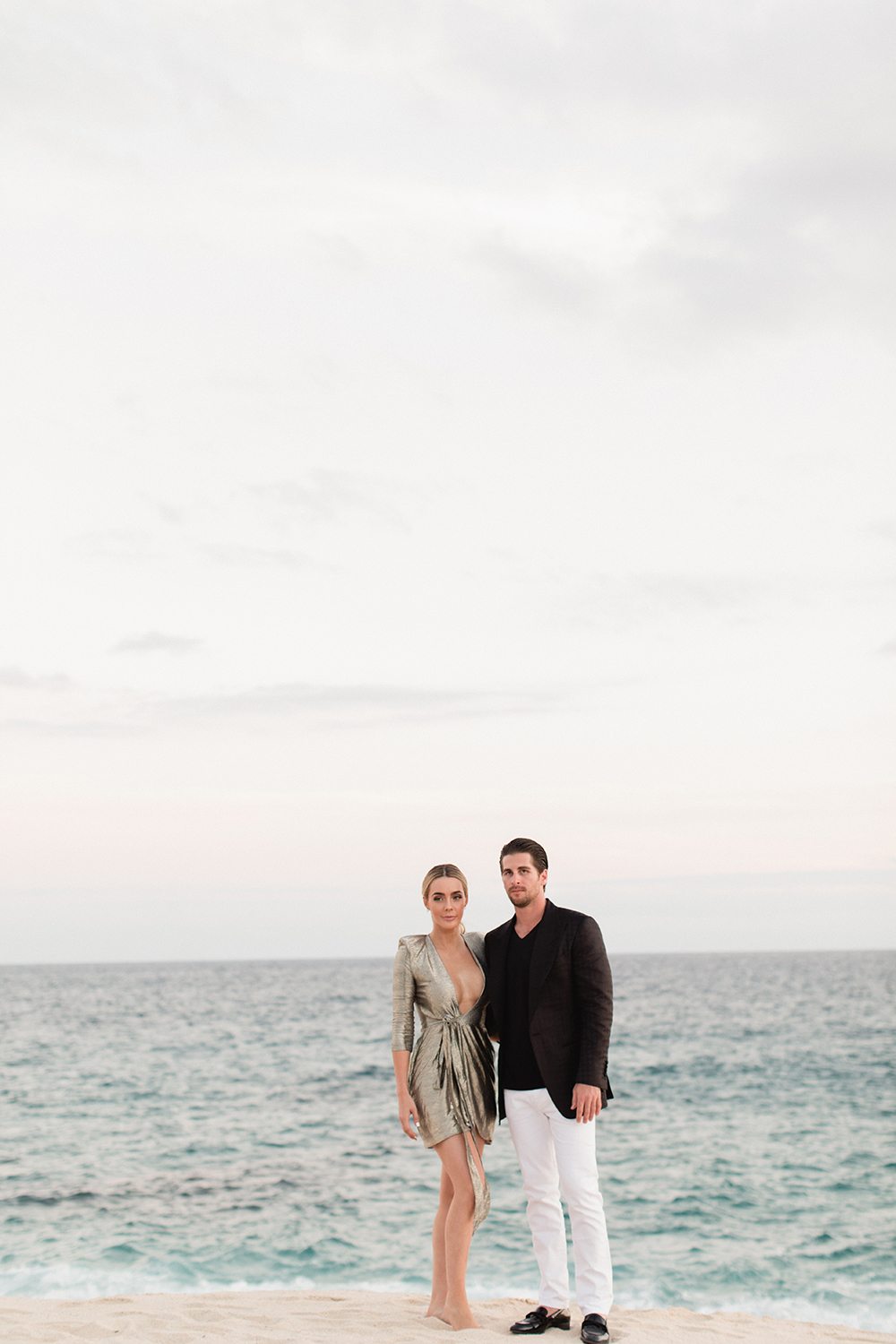 …AND THIS guys, is why I had a 55 person wedding…so I could have my Sharon Stone Casino slicked-back ponytail psycho moment.

AND lose my mind.

I mean it was a good crew, no one judged me. Everyone laughed. & the next morning…I felt better. Relieved to let it all out, you know. A BREATH OF FRESH AIR.

( Keep in mind this shit show didn’t happen until later in the night- THANK GOD- so the parents didn’t see the whole show, only half ).

Here’s the best part: I ( like me, I ) decided we should get separate rooms, Michael in one and me in the other. But I was so psycho I ended up forcing him to sleep in my room with me. So his room was empty. Because that makes sense?…And we woke up together on our wedding day ( insert knife Emoji here ).

I should also note: Michael ended up hiding in a bush at the end of the night because I so was nuts. Like actually hiding in a bush. Picture me screaming his name & he’s shaking behind a bush. CONGRATS TO THE HAPPY COUPLE.

What’s a hungry, stressed, drunk bride to do? 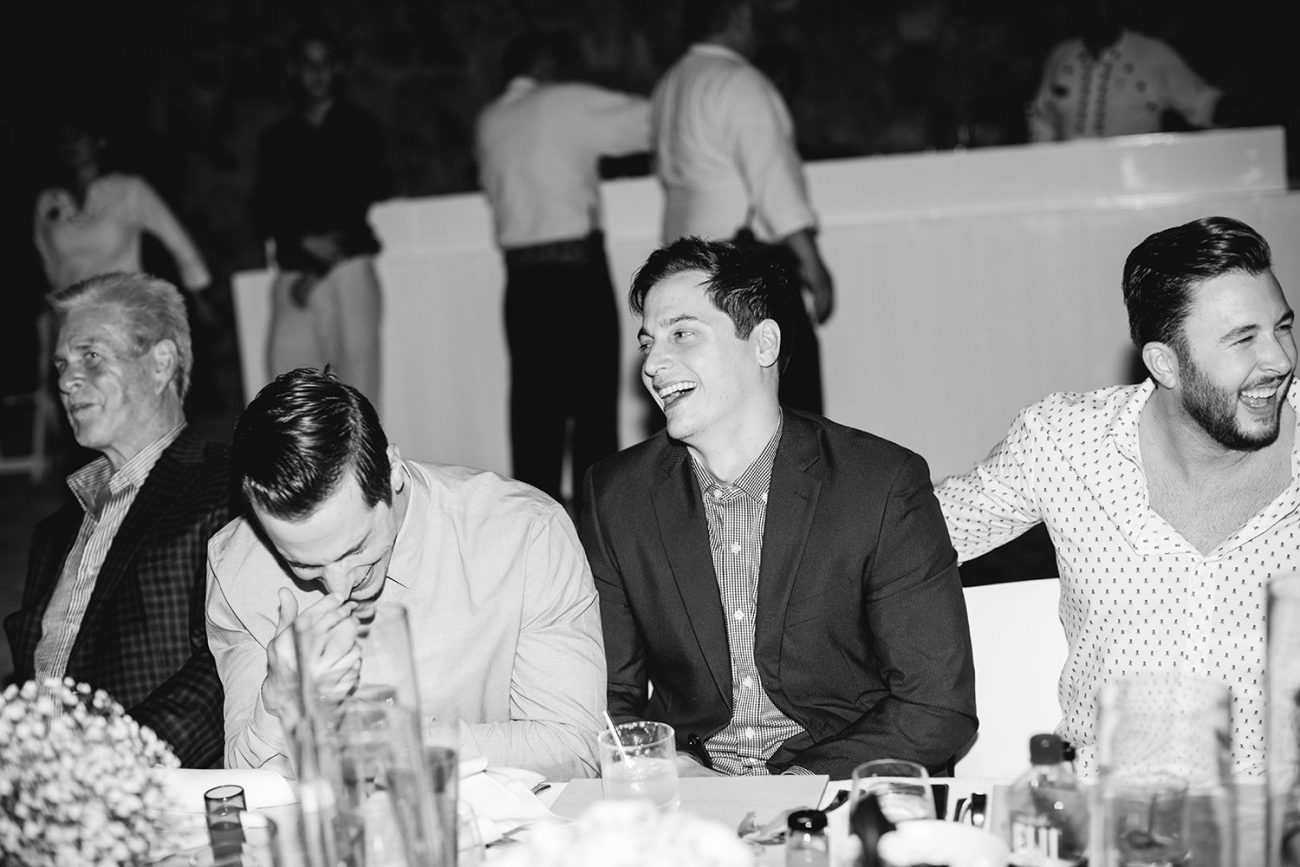 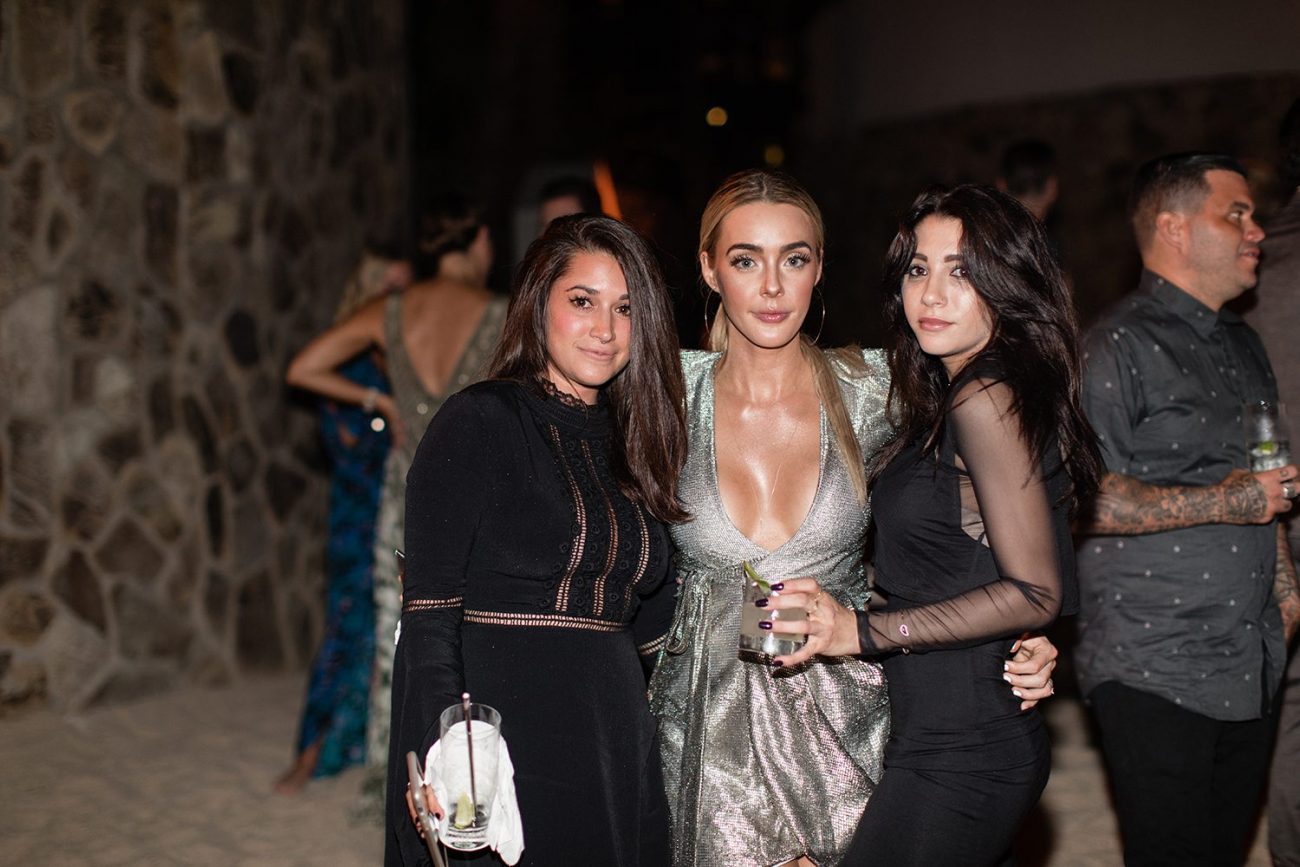 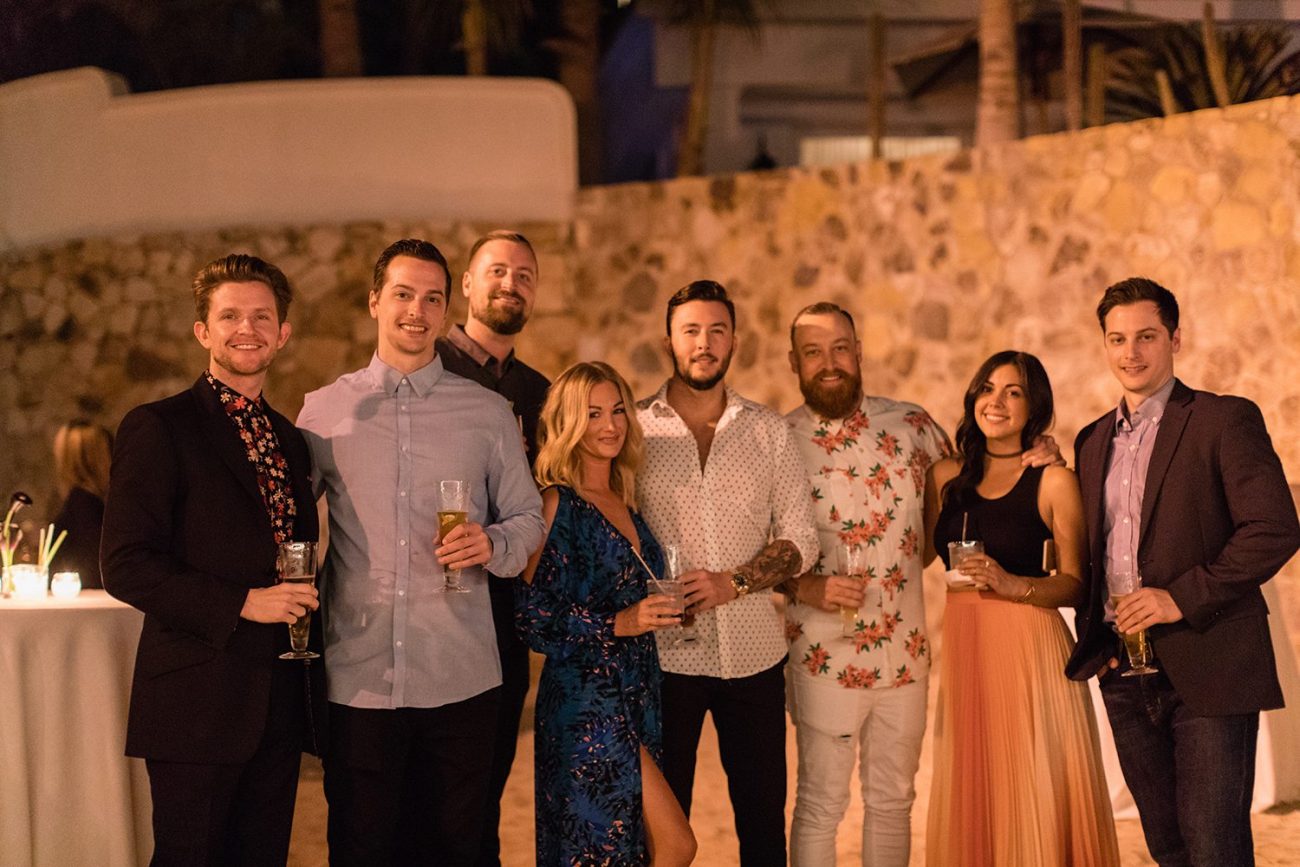 Well. Actually if we’re being real I kind of liked it.

The whole display was funny & added character to the wedding weekend. HAHAHA. ( Told you, I’m nuts ). A good story to tell my future kids. Besides I hate boring.

So if you ask any of my friends about The Rehearsal Dinner after party? They’ll never, EVER describe it as…boring.

SO 55 people, man. It’s the way to go. You can get away with anything.

( Anyone engaged out there? PSA: Don’t drink on an empty stomach on your wedding weekend !! ).

The after party was at AQUA at One & Only Palmillia…& for the record: I’m not the only one who had too much to drink that night.

Really, trust me. Taylor pissed his pants in a strip club at 4 AM, but you know that already if you listen to the podcast.

Again, at least he’s not boring. 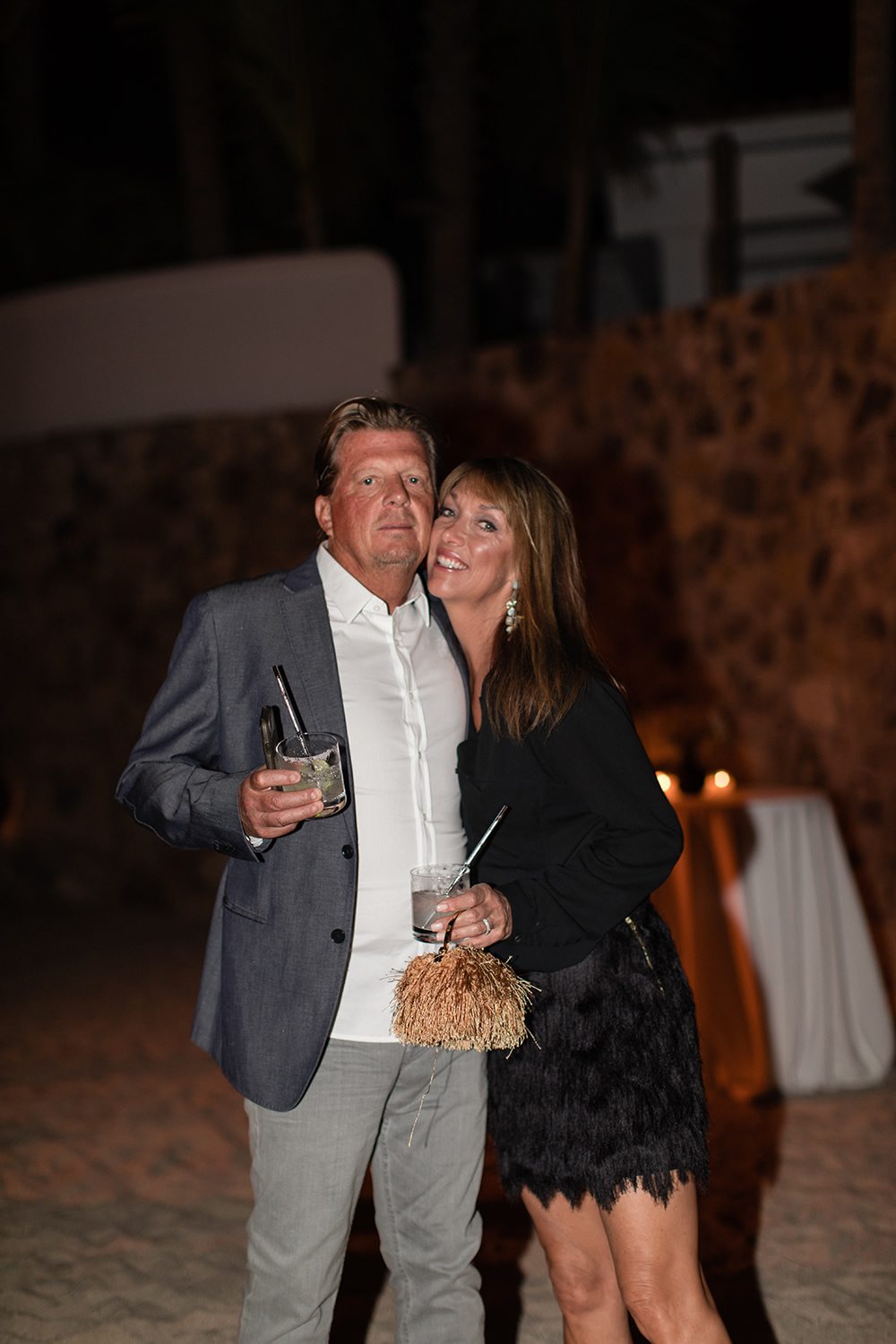 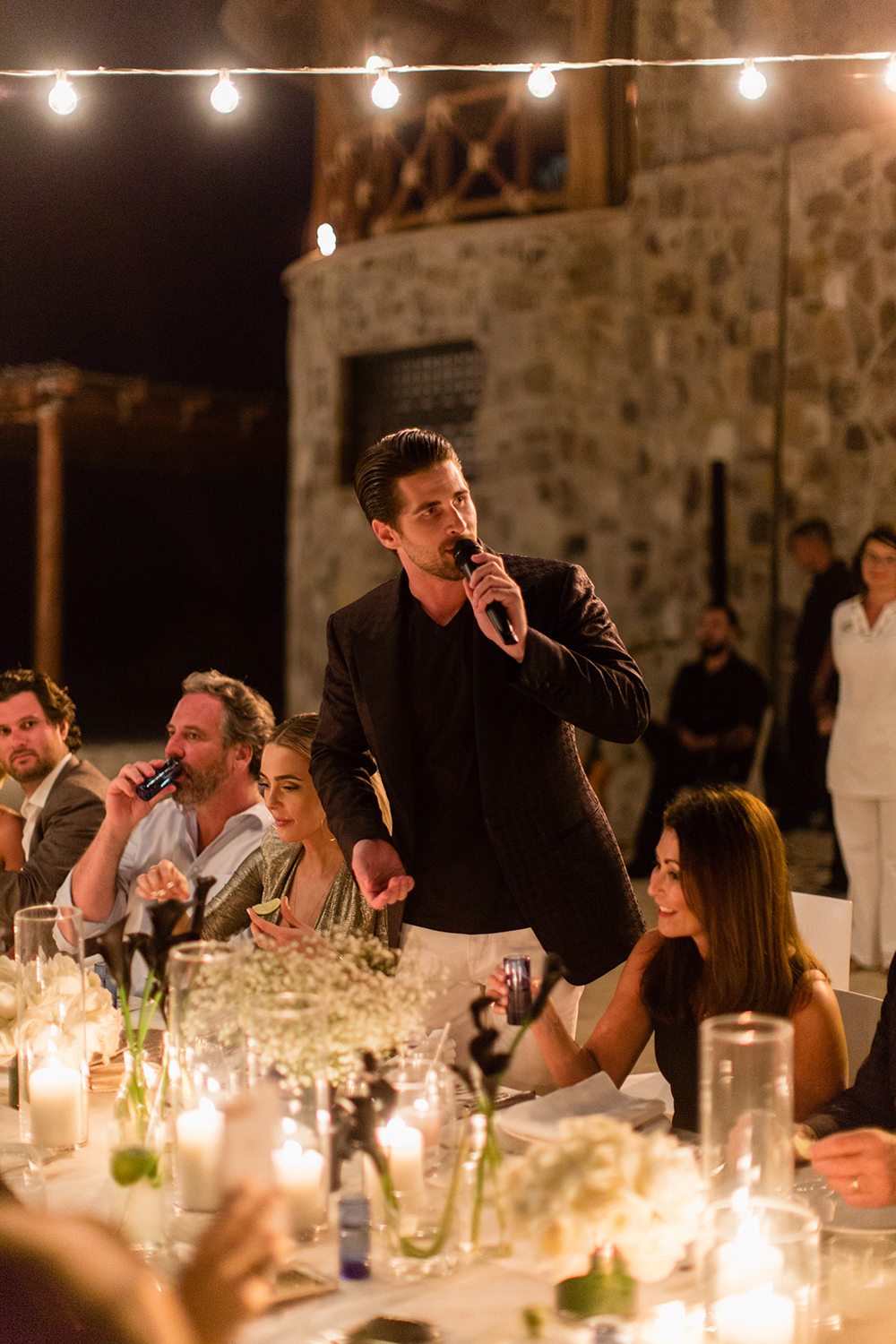 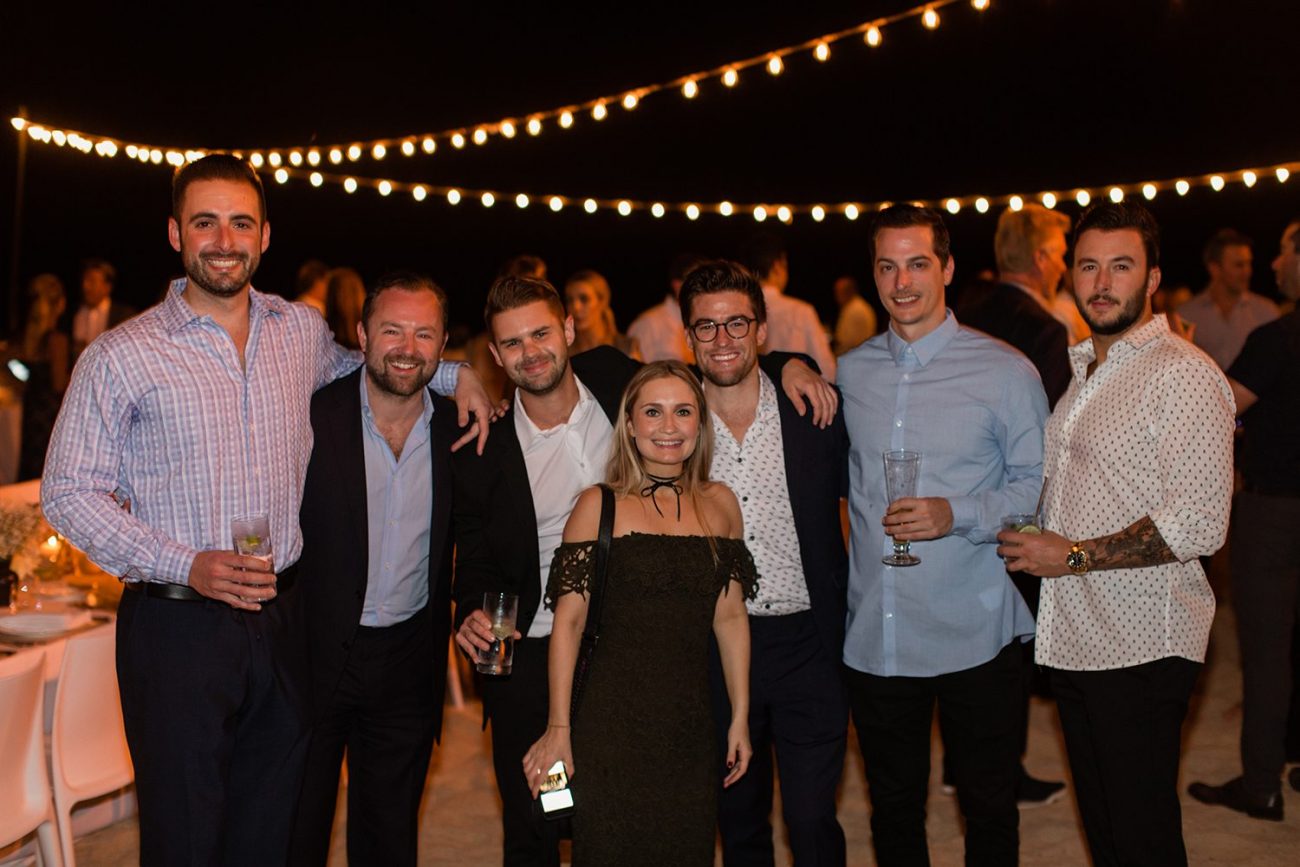 For all outfit details: I got you. Just check out part I if you want your own gold moment.

& just like that it’s time to talk wedding details. Before we do we need to breakdown invites & a fake wedding shot with Style Me Pretty. So much to cover but we’re getting there guys.

OH & BE SURE, LIKE SURE-EST OF SURE, you hear Taylor/The Bare Naked Cucumber’s Rehearsal Dinner speech on TSC HIM & HER Podcast. His performance was…interesting. Let’s just say he blacked out & we recorded him. Well not only did we record him, actually the whole wedding party did. He was THAT absurd. A real hoot, trust me. 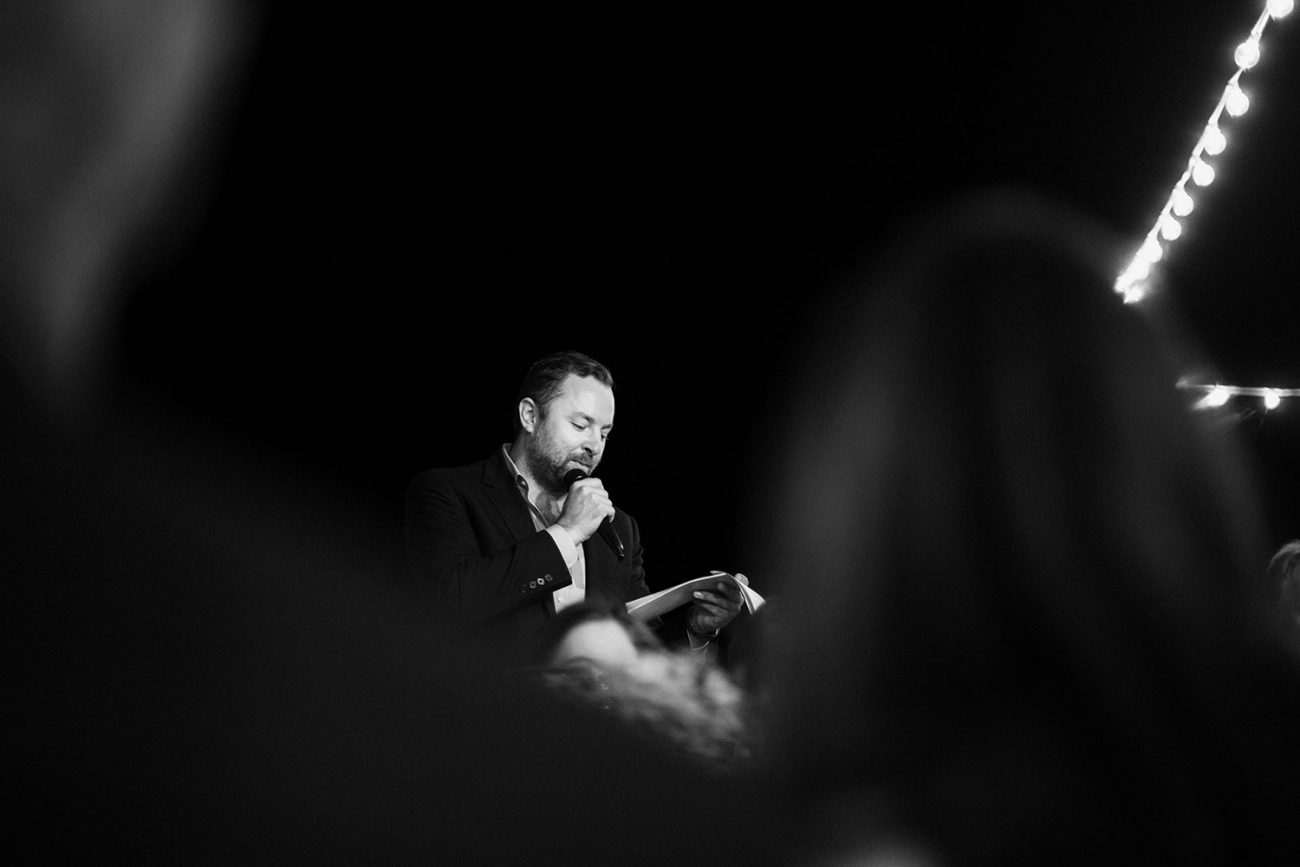 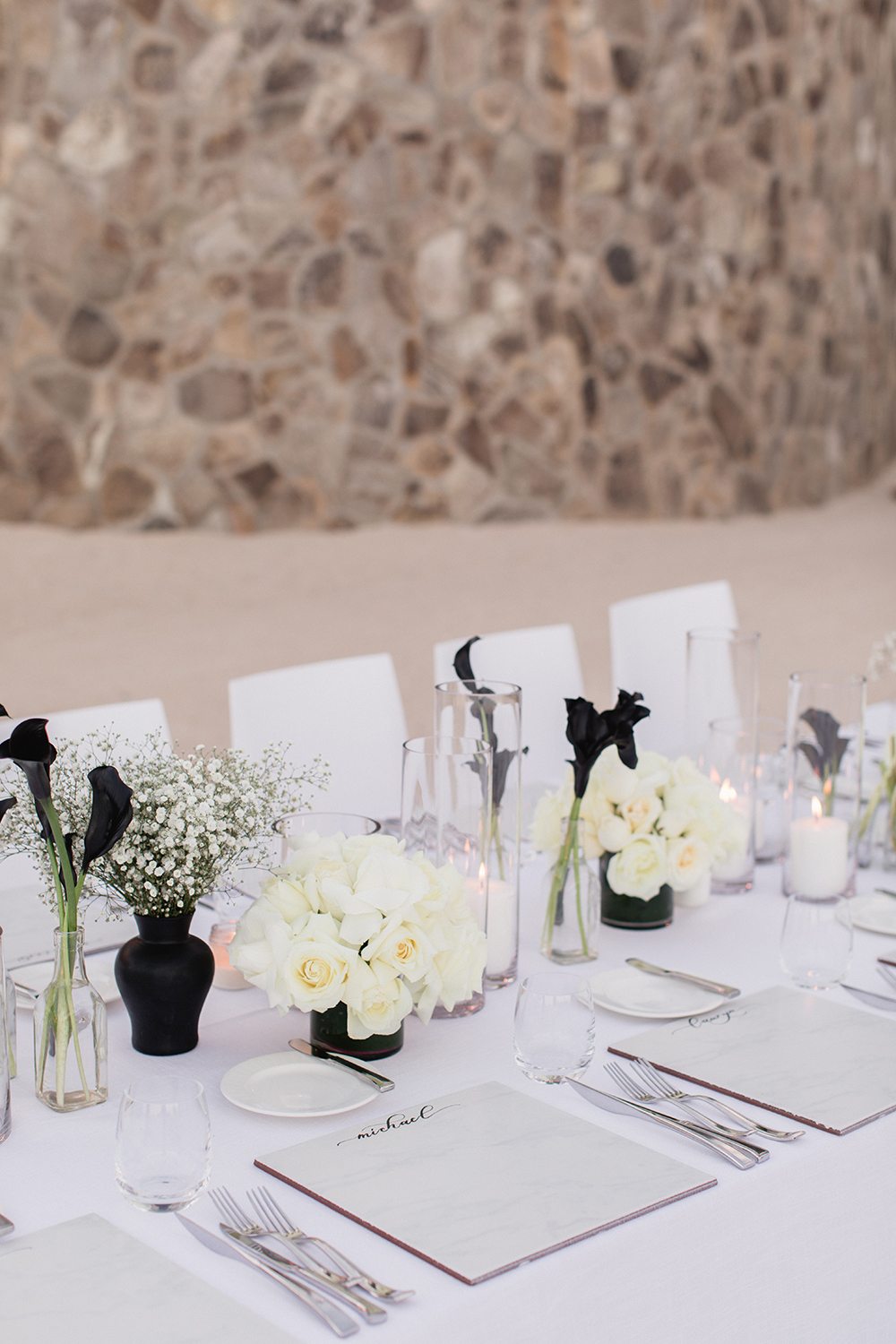 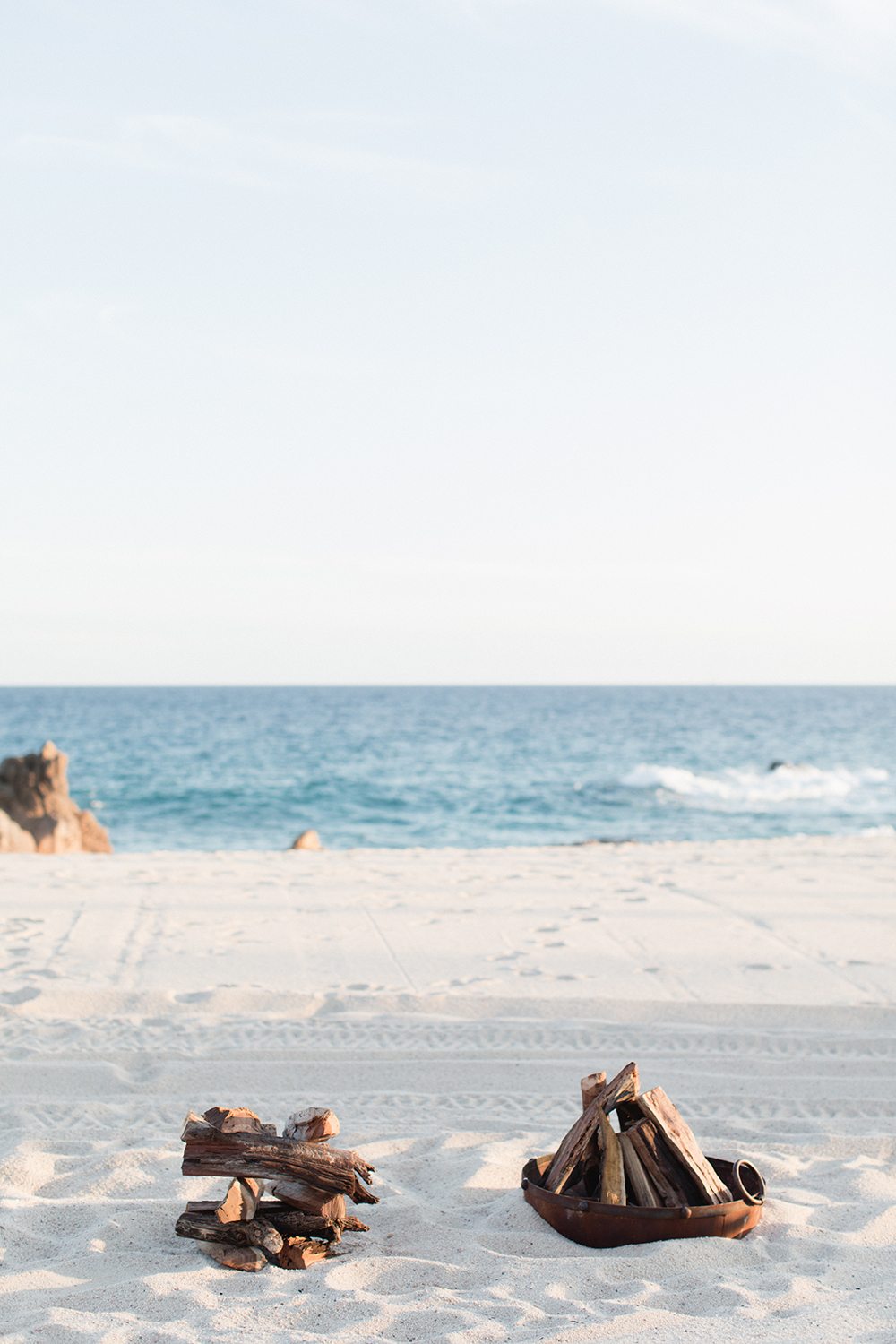 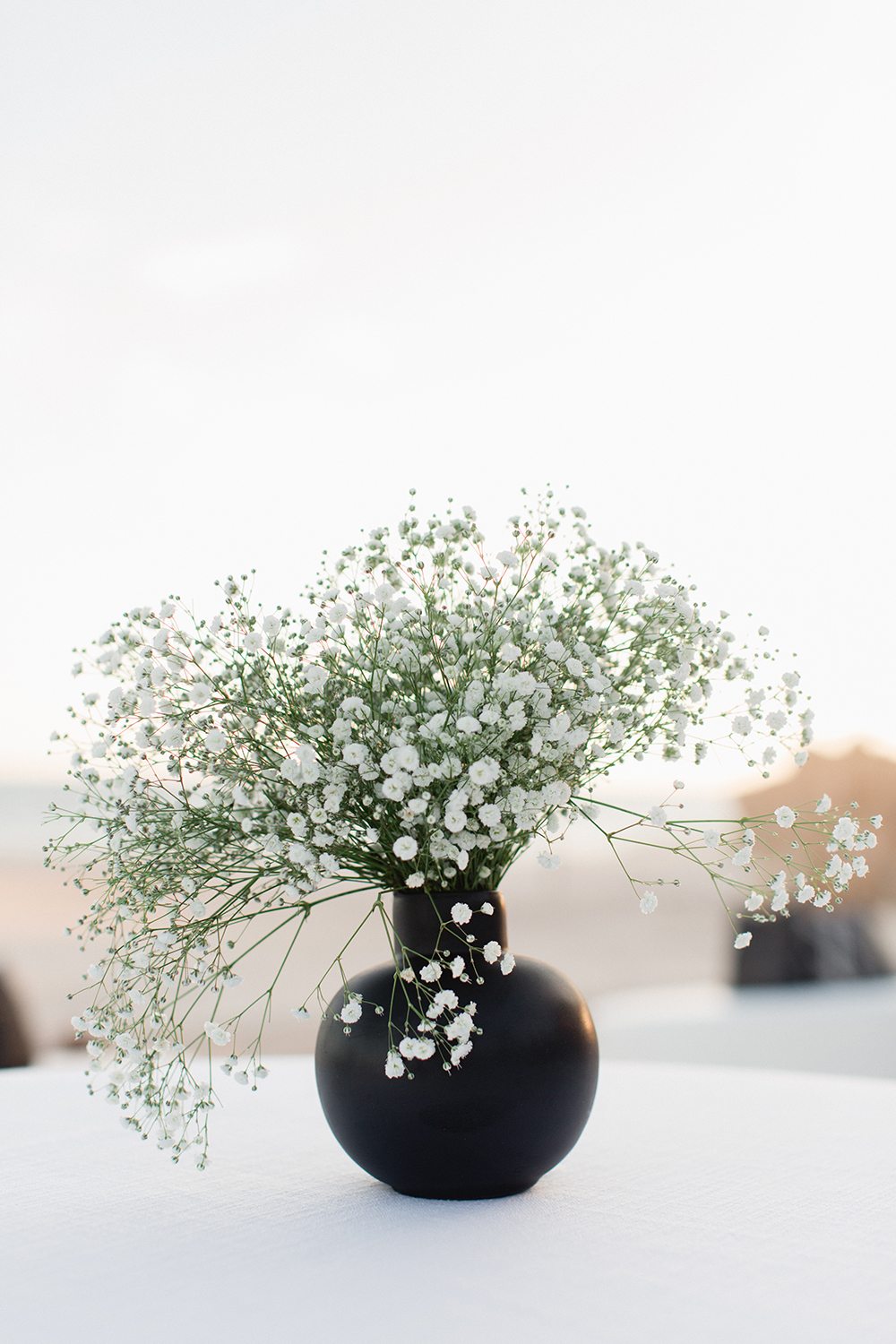 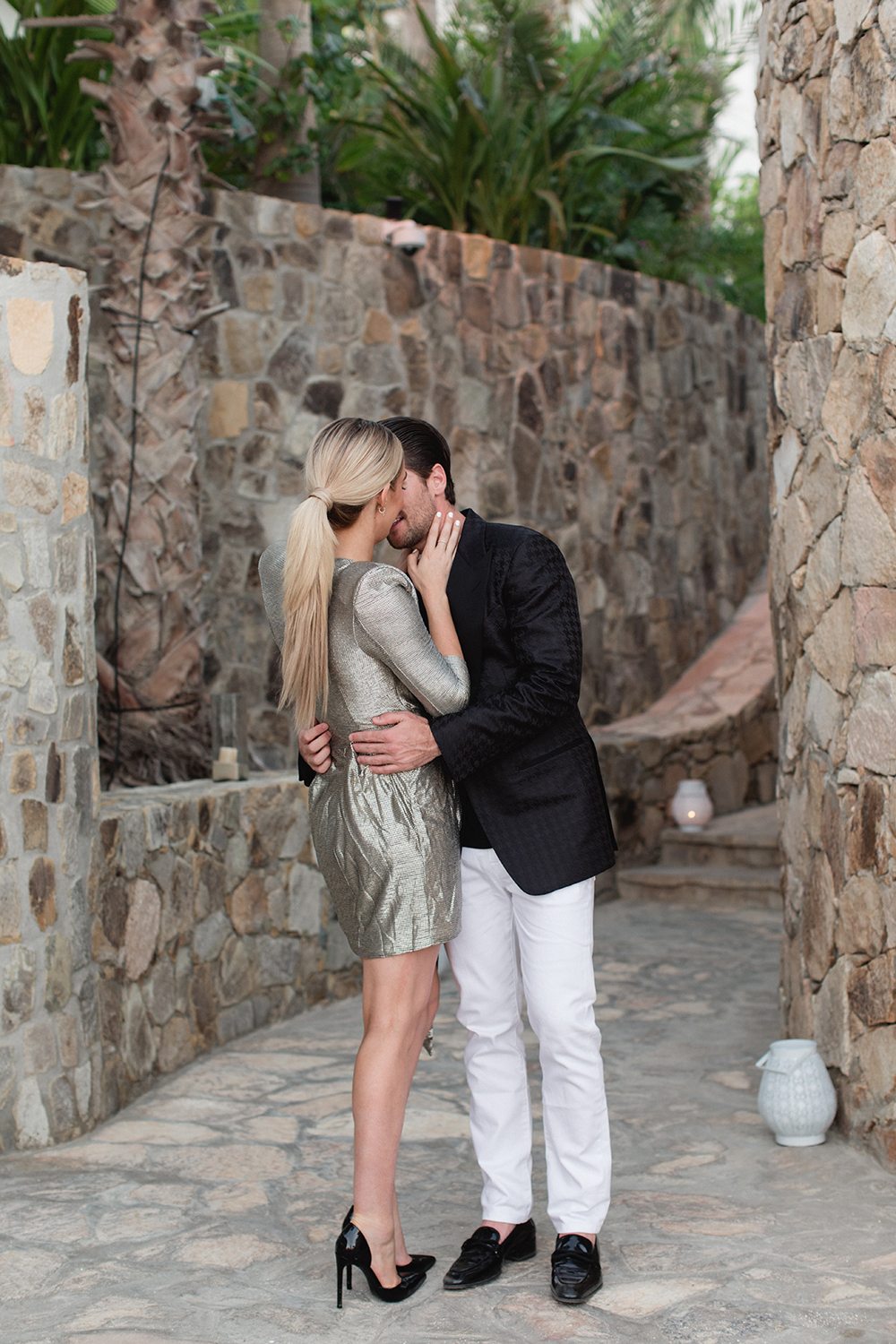 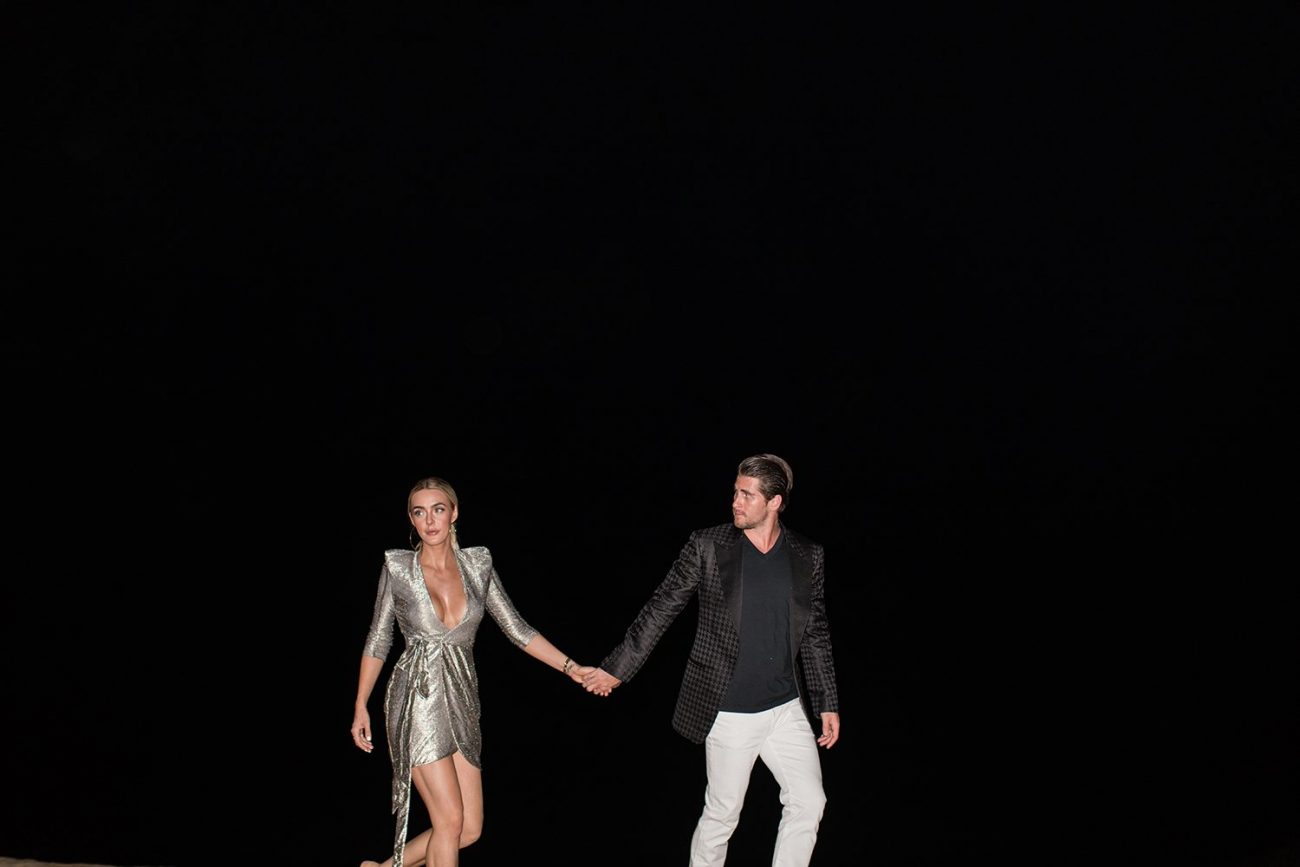 50 replies to “The Rehearsal Dinner ( AND A MELTDOWN ): Part II”