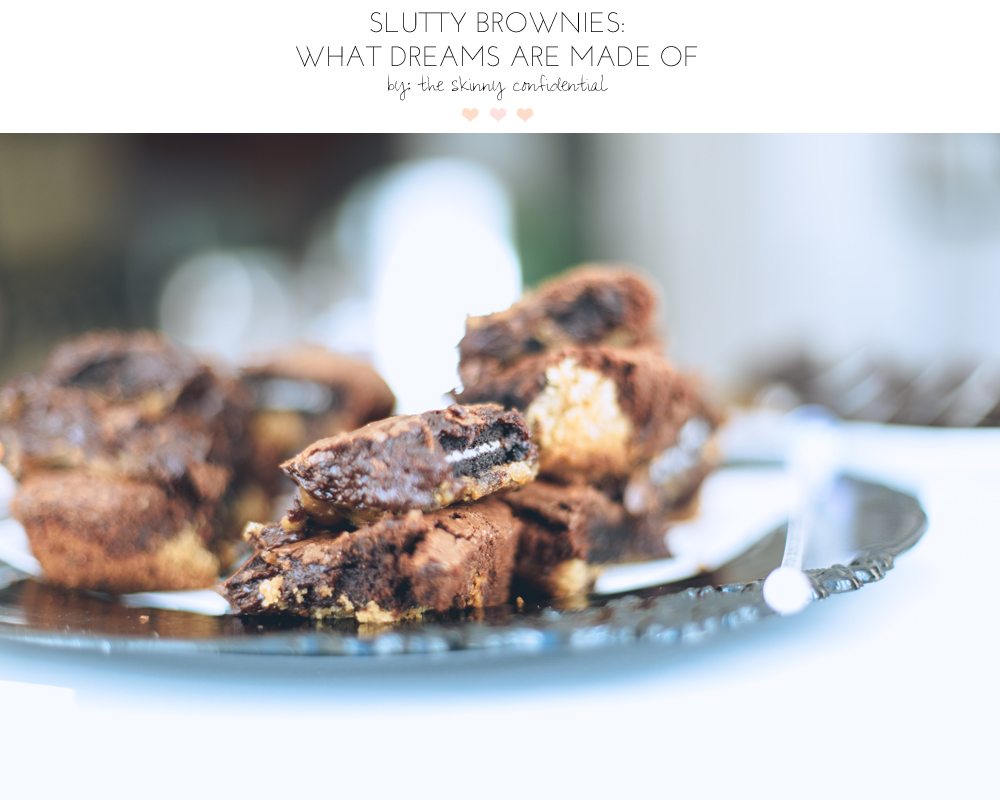 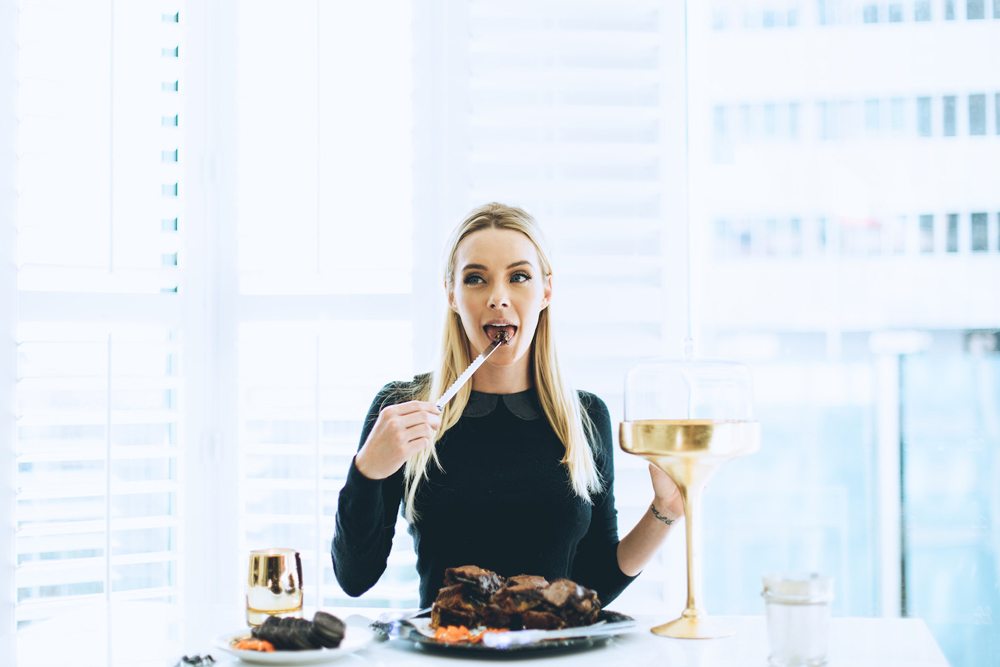 Sometimes a bitch has to live, you know?

You heard that right. They’re brownies, and man, they are SLUT-TAY. 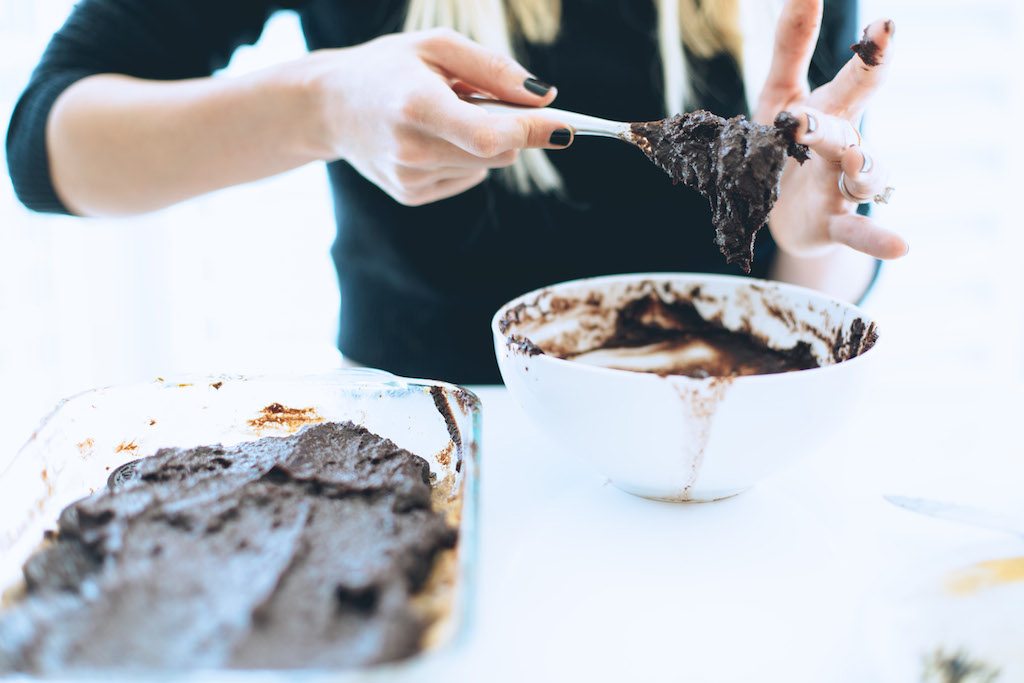 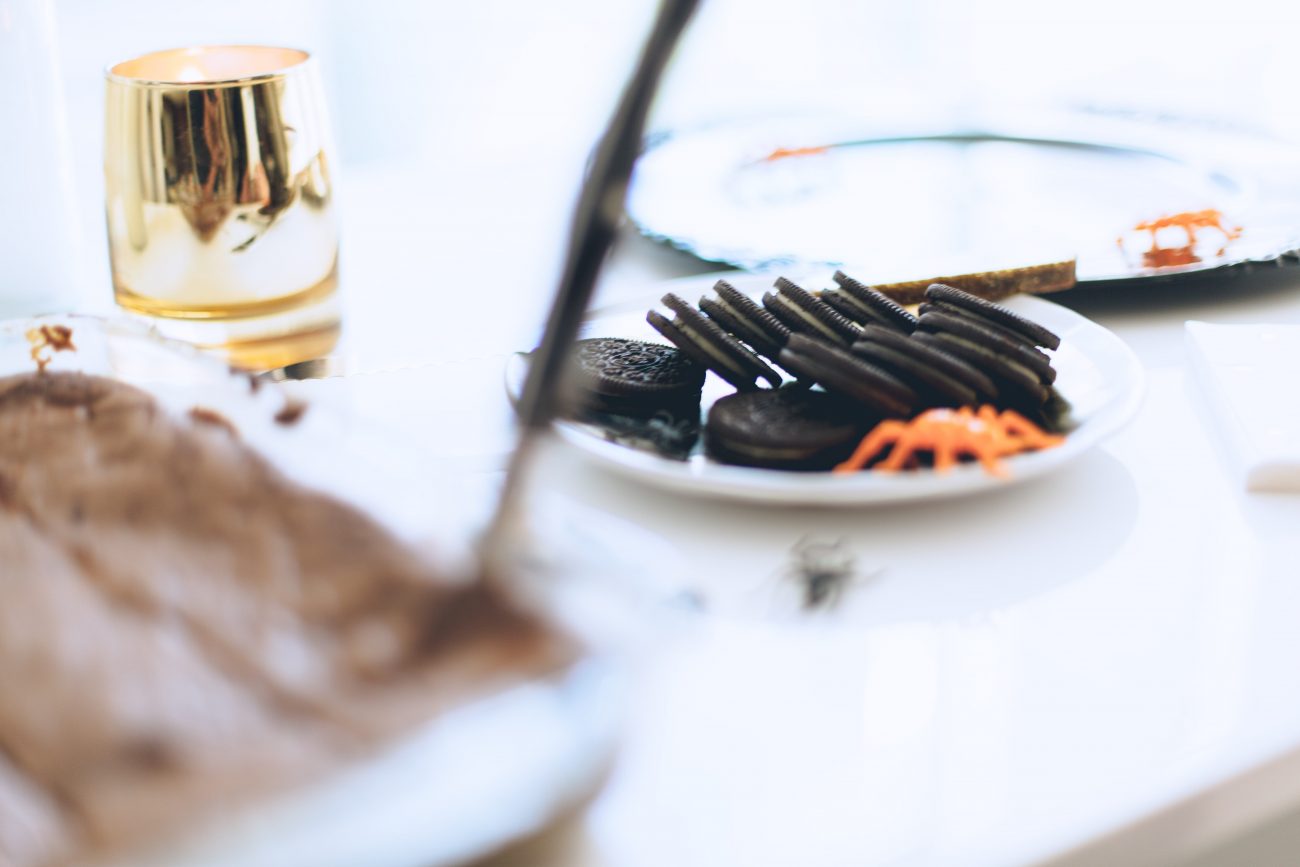 This isn’t some basic bitch, boring one layer brownie recipe, this is THREE LAYERS, guys. Plus ice cream.

Obviously the majority of my recipes are on the healthier, cleaner side but since Halloween is around the corner I figured I couldn’t NOT introduce you guys to this recipe, #REBEL. 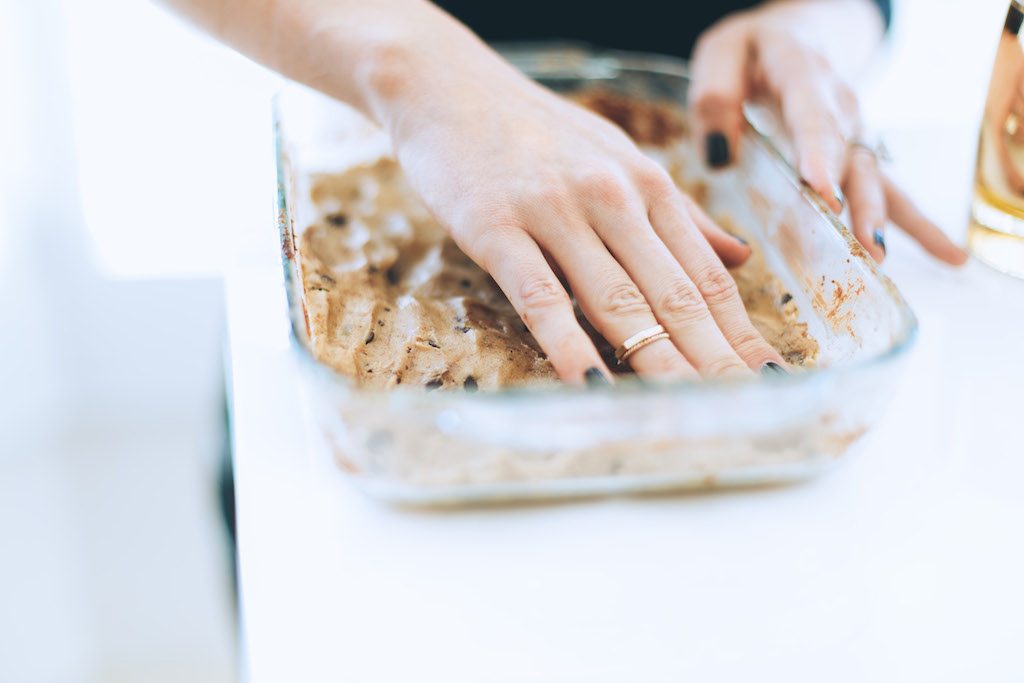 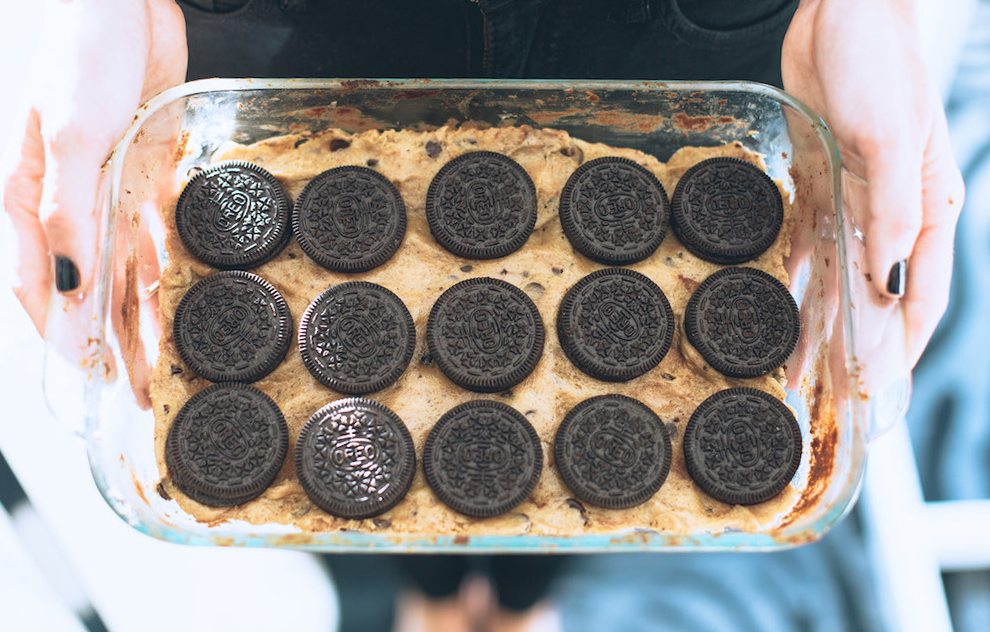 Here’s her actual quote if you were wondering:

– Jessica Simpson talking to Jay Leno about her pregnancy cravings.

( Side: you may have also seen these on Kim Zolciak’s show, Don’t Be Tardy For The Party— Thanksgiving ep, to be exact ).

SO ARE YOU READY FOR THE RECIPE?

Pre-made cookie dough or mix
1 box of brownie mix
1 pack of Oreos ( double stuff ones are even better if you can find them )
However many cage free eggs you need ( see box )
Some oil ( see box )
…Your favorite ice-cream ( this is optional, LOL )

Test with a knife to see if the center is done. If the knife comes out clean, let the brownies rest before serving. If the knife comes out with batter still on it, allow the brownies to bake about 5 minutes more. The longer you let them sit, the prettier the layers inside will be, but honestly I just shoved them in my face warm & gooey. Serve with ice cream…because SHIT! IT’S HALLOWEEN. 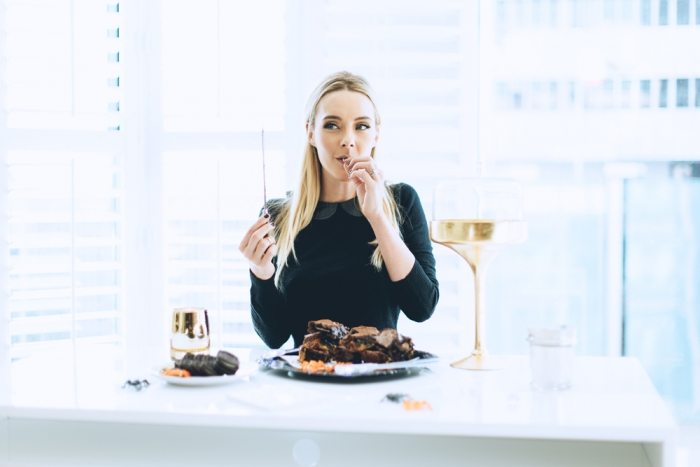 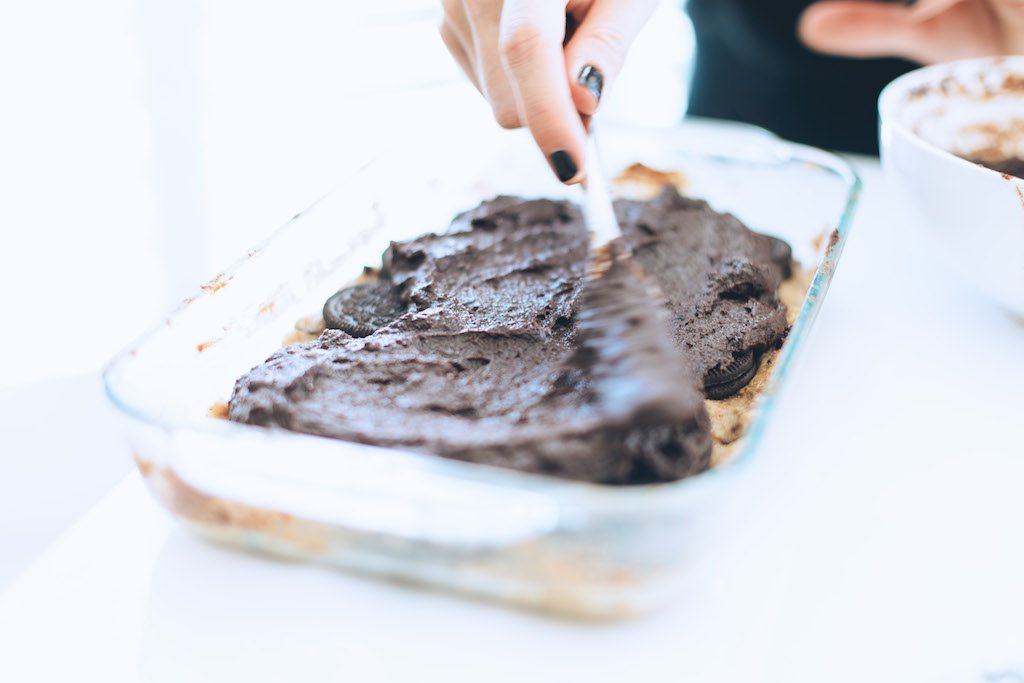 My lovely friend Gaby also refers to these as ‘I just got dumped brownies.’

Secretly, I feel like I want Michael to break up with me so I could just sit on the couch in a onezie while shoveling these brownies in my mouth, crying to “How to Lose a Guy in 10 Days.”

By the way, kids would love these but I feel like it’s bad to recommend these to kids, err, so maybe moms: just eat them with a glass of champagne with your girlfriends & leave the kids with the travel size Skittle packs.

If you bake them, tag your pictures on Instagram so we can check them out: #SLUTTYBROWNIES. 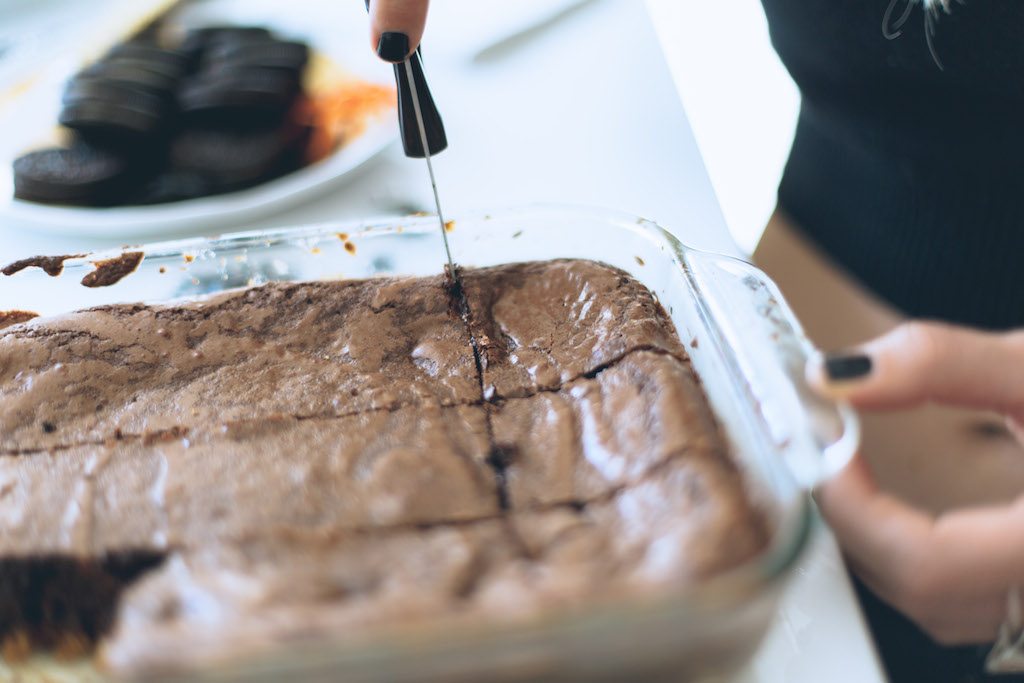 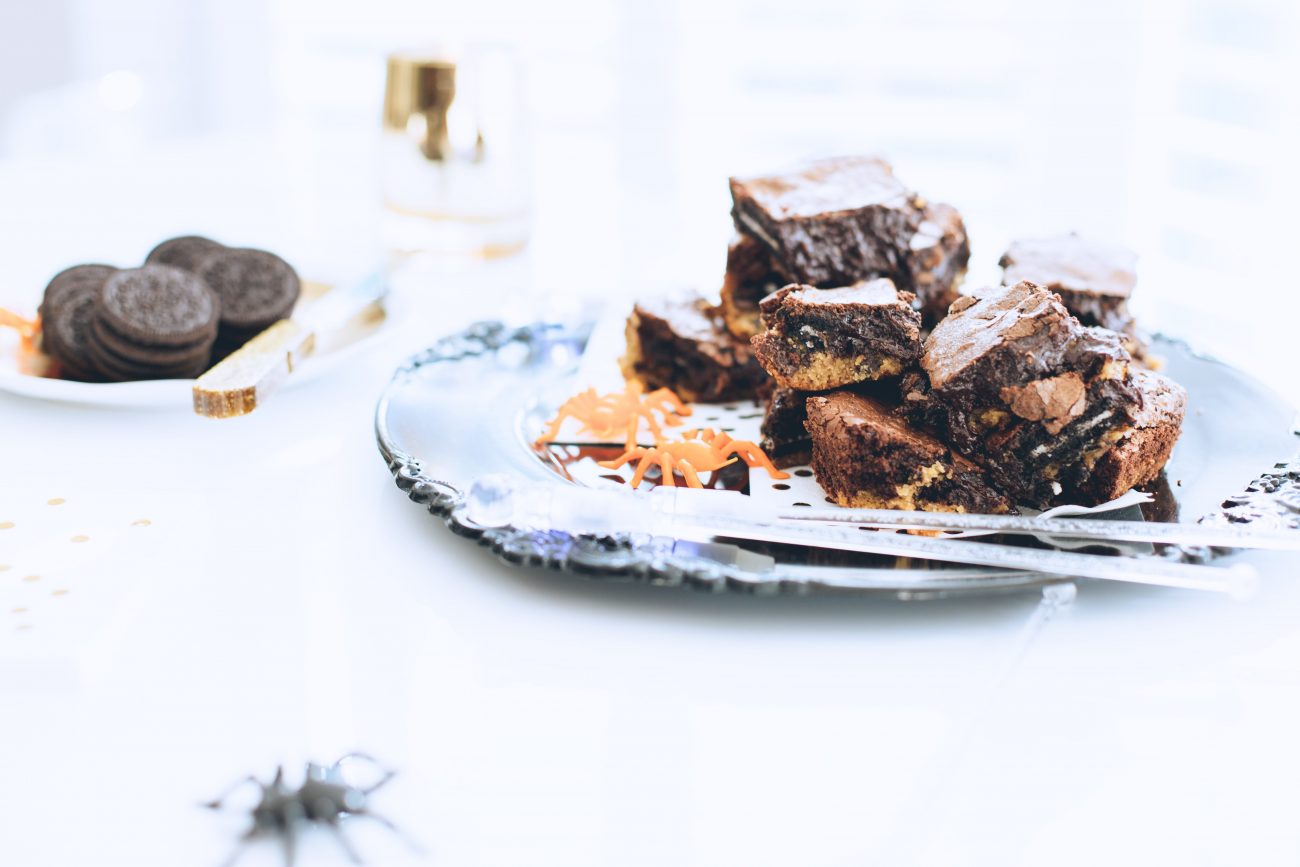