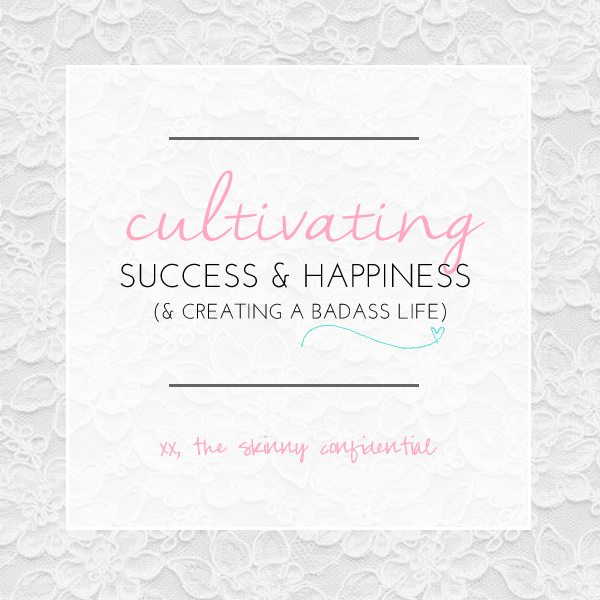 This post is about grabbing life by the balls.

The other day I was driving on the freeway, thinking about success & happiness.

Obviously I’m not Oprah or Bill Gates so I most certainly don’t have all the answers, but any success or happiness that’s transpired in my life has happened because of one important practice.

It’s something I’ve done since day one:

I’ve chosen to cultivate the habit of success.

Everyday I chip away to create the life I’ve envisioned for myself ( << VISUALIZATION at its finest!! ).

One of my favorite quotes is by Eddie Cantor:

As this article states, “The Apple iPod instantly turned the MP3 player market upside down, right? Amazon changed the book selling business like a shot, didn’t it? Well, in fact they didn’t. No matter how it may seem from the outside. The fact is that it takes many years to be an overnight success even for Internet entrepreneurs. Years of hard work, endurance, learning, experimenting, and many failures along the way.”

YESSSS. So true. This shit doesn’t just fall out of the sky randomly. All of these companies/people have busted ass to get where they are now.

The myth of overnight success is super cute though; it’s a real knee-slapper, huh?

Apple iPod? Three years for anything to happen.

Gmail? Many people said it won’t work & that they should “kill the project.” Whelp, they didn’t & years later look where they are now. Cha-ching.

The Beatles? Heard of ’em? The band played in small clubs for YEARS before an exciting appearance on The Ed Sullivan Show.

You get my drift.

So WTF exactly does this mean?

♡ It means relying on yourself.

♡ It means practicing small habits everyday that lead to a much bigger picture.

♡ It means nurturing the right habits, not the wrong ones.

♡ It means thinking ahead & envisioning what you want your life to look like in the future AKA visualization.

A lot of people say “don’t live in the future! Live in the present!!”

Personally I’m trying to build certain things in my life & make pieces of a puzzle fit together, so envisioning where I want to be in a month, a year, or ten years allows me to do what I need to do to make my visions happen. In the end preparation & habits, actually make that come to life.

Basically today was mapped out five years ago. That sounds weird but I planned out where I’d be in five years & fucking figured out a way to make it happen. Visualization has been such a strong tool in building TSC & Blog-Doo, moving out on my own, fitness/health goals, & maintaining healthy relationships/friendships…ultimately creating a happy life.

And while imagining what success feels like is great, ya gotta bring it into the present. Prioritize what needs to come first & take real action.

When I say success, I don’t mean through quantitative measures like money, but rather, being the best version of myself that I can possibly be. It means living the exact life I want to live every single day I wake up and get out of bed. My benchmark for accomplishment has always been a vivid, idyllic scene in which I have not only achieved everything I sought to do, but have done so while maintaining sanity and happiness.”

Working towards something everyday, even if it’s just a little bit, can create an amazing end result.

When I sat down to write The Skinny Confidential Book, I wrote everyday for eight months. Just a little a day ( think four pages ). Eventually it turned in to a full book. So my daily habits created the vision I mapped out.

( BTW, this post is completely fitness/health related too. Eating healthy each day & creating a habit of working out is cultivating successful habits. This whole post can totally be applied to fitness/health/wellness goals! ; ) ).

Obviously life throws you some curveballs ( trust me, I’ve had A LOT of curveballs. Just because I don’t share each & every bad situation doesn’t mean I don’t have bumps in the road. I mean…I have a scroll of things that didn’t go my way…!!! ), so try to dodge the curveballs & focus on cultivating successful habits that get to you to the end goal.

Think of it as a maze. Map your maze out & create priorities a long the way so you can get to the end.

I’m no where NEAR my end of my maze. I have a long-ass way to go but I enjoy sharing my personal experiences with you guys. Because who knows? Maybe it will help one person.

Have you guys seen this cartoon? It’s my favorite: 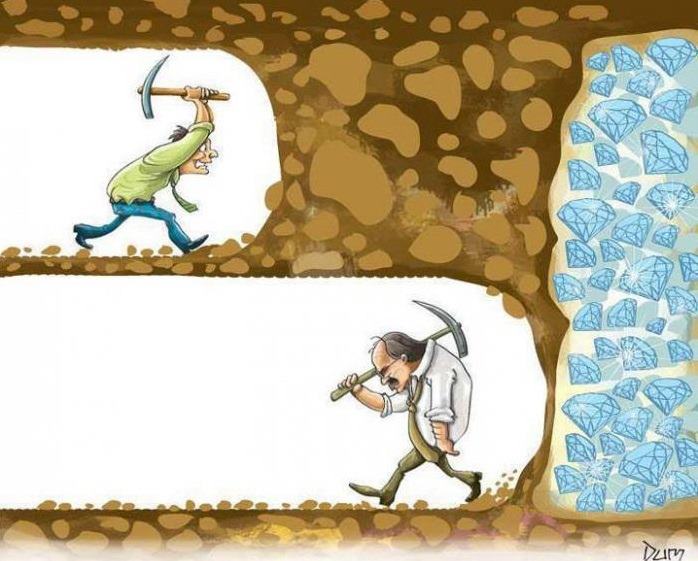 Everyone has the same 24 hours in the day. What are you doing with your 24 hours? Are you cultivaiting successful habits? What’s your tip for success & happiness? I would love to hear!

At the end of the day, being the best version of yourself is way to go.

& obviously, you guys all inspire/motivate me BIG TIME!

69 Replies to “Tips for Grabbing Life By The Balls”