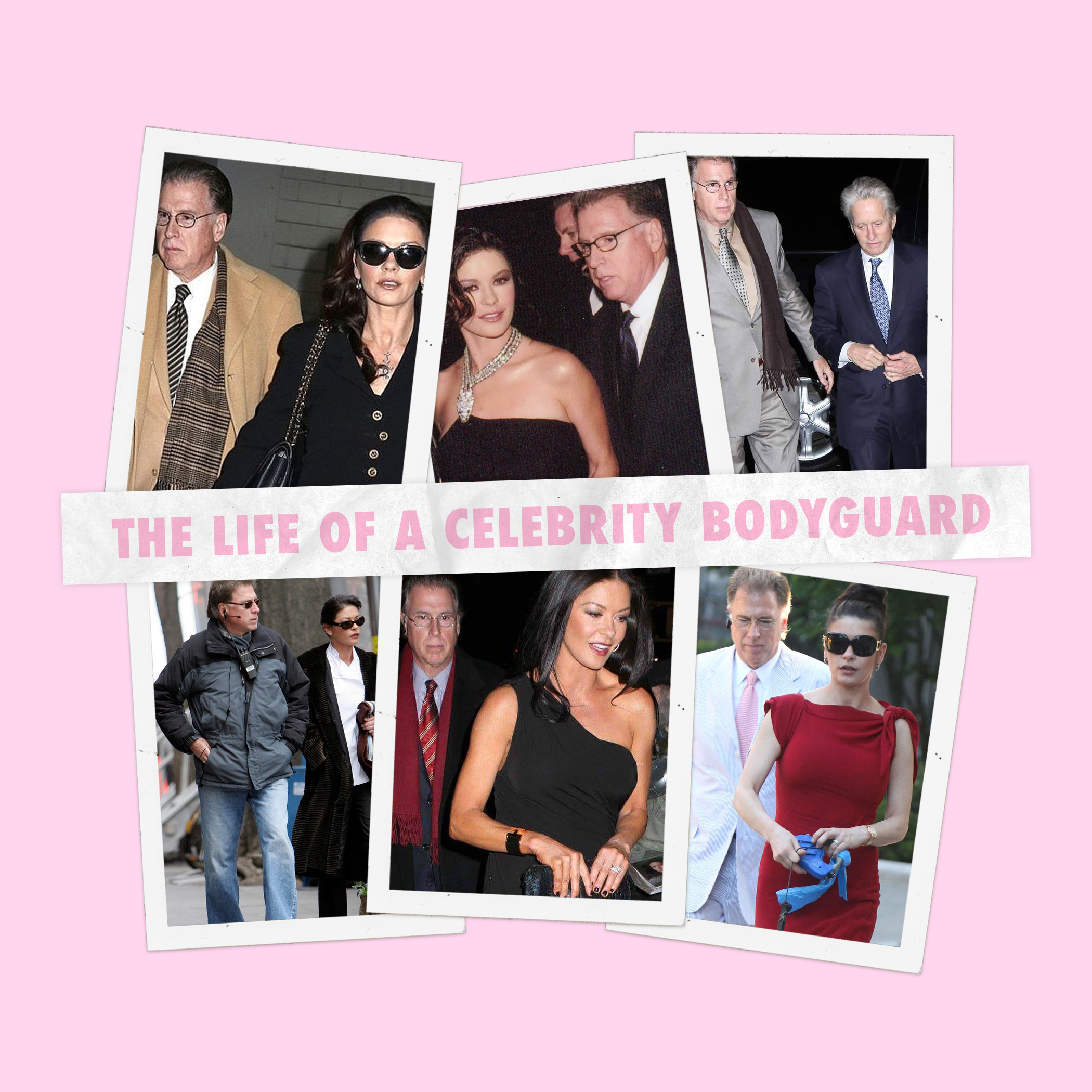 Thomas Fitzsimmons is an author, veteran, model, former police officer, & former actor. I mean, he’s all the things. He also happened to be my mom’s fiance & I’ve known him since I was very little.

He is smart, kind, compelling, an amazing writer & I couldn’t be happier that he’s on the blog today. I wanted to pick his brain about what it’s like to be a celebrity bodyguard & how it all works.

Thomas was on The Skinny Confidential HIM & HER podcast where he told us all about Donald Trump & Studio 54 back in the day. Currently, he’s Catherine Zeta-Jones & Michael Douglas’s body guard.

In this post he’s gonna tell us all about the life of a celebrity body guard, how he got into the industry, & his advice for anyone looking to become a bodyguard. 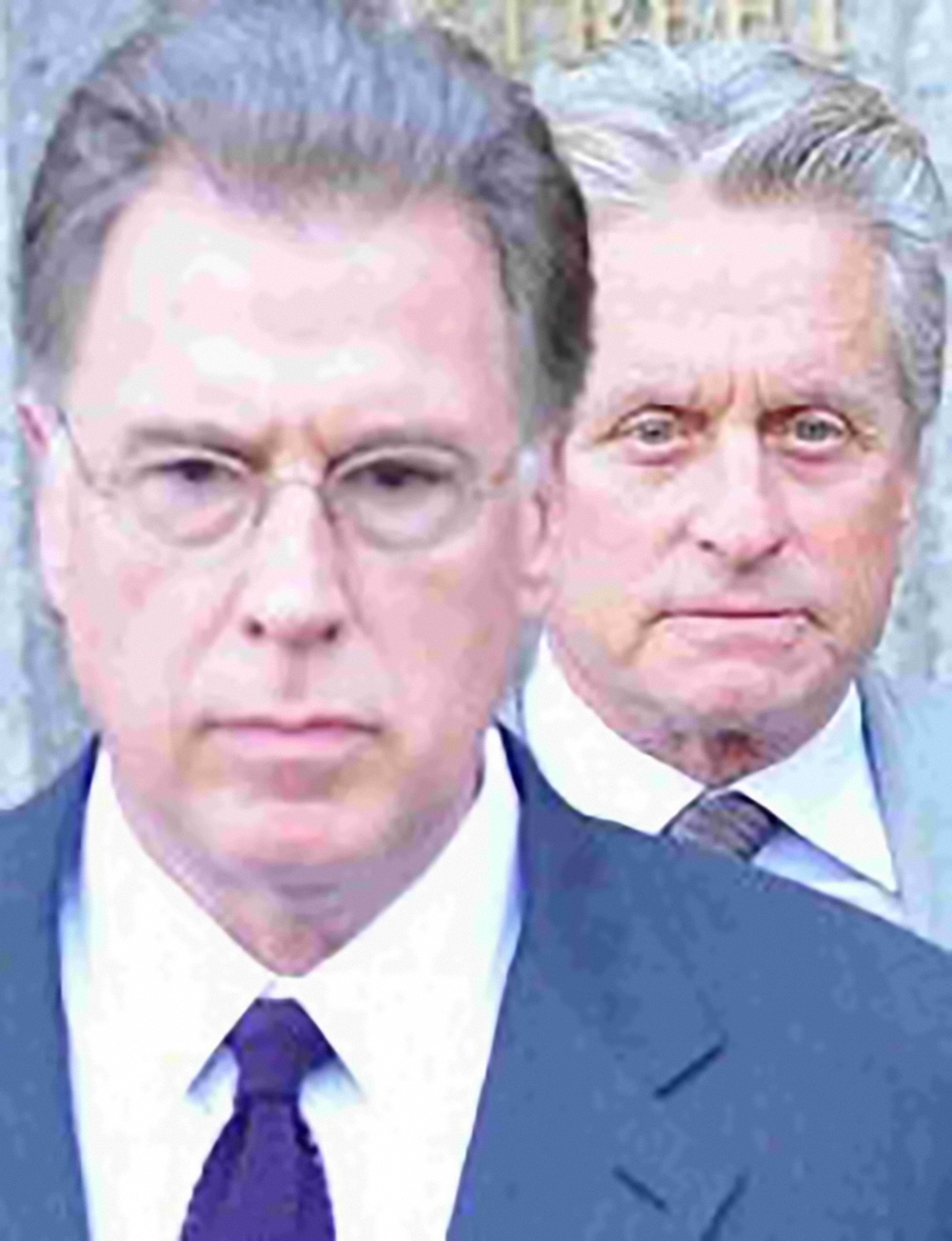 The Life of a Celebrity Bodyguard

♡ Introduce yourself to the audience. 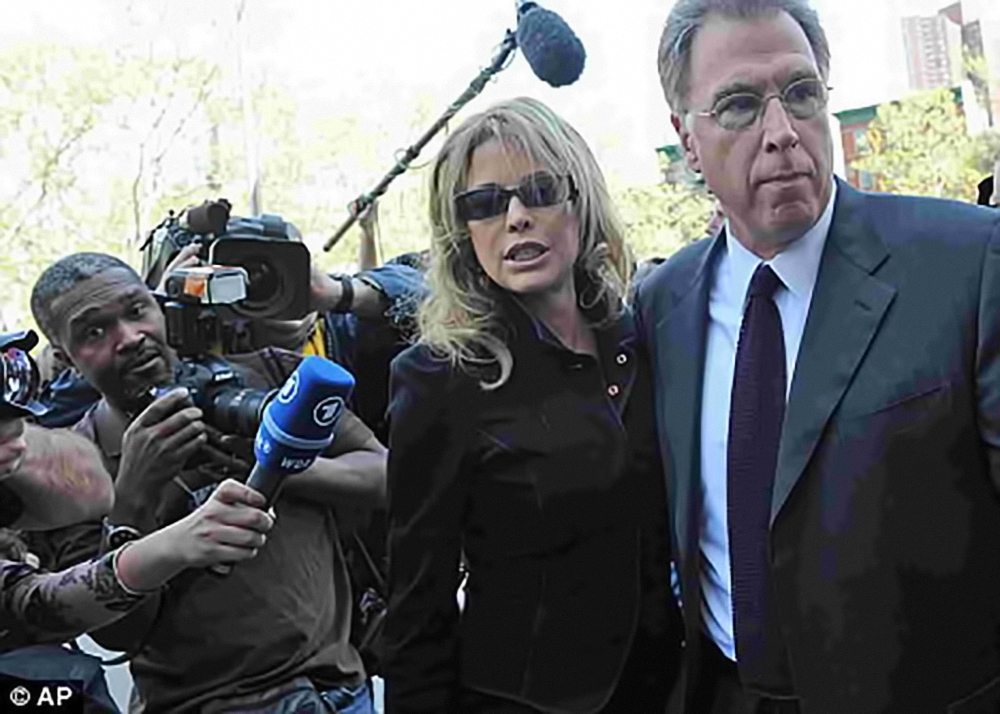 ♡ Tell us about your journey as a police officer & a bodyguard.

TF: Like many police officers, I became disenchanted with the “job” due to the lack of support from politicians who, when push came to shove, chose to glorify the rights of violent career criminals & vilify cops. A few months before leaving the NYPD, I was “discovered” by Eileen Ford of the world-famous Ford Model Agency which led to a successful 10-year modeling/acting career.

Word that I had a law enforcement background spread in the fashion & entertainment industry. Suddenly people were seeking me out, asking my advice on how to deal with stalkers, bullies, drug dealers who’d taken over a residential building, embezzlers, sexual predators, etc. I would refer most of those individuals to various law enforcement agencies & act as liaison when necessary. And I would sometimes become personally involved for those whose problems were beyond the scope of law enforcement.

I assembled an elite group of “Rockers” – guns for hire – to deal with the thugs that the police could not or would not touch. We were “Equalizers” long before Denzel Washington or Queen Latifah. My security business grew from there & before I knew it, I was a PI/bodyguard full time.

One of my novels, Confessions of a Suicidal Policewoman, – billed as fiction for obvious reasons – deals with that time of my life. 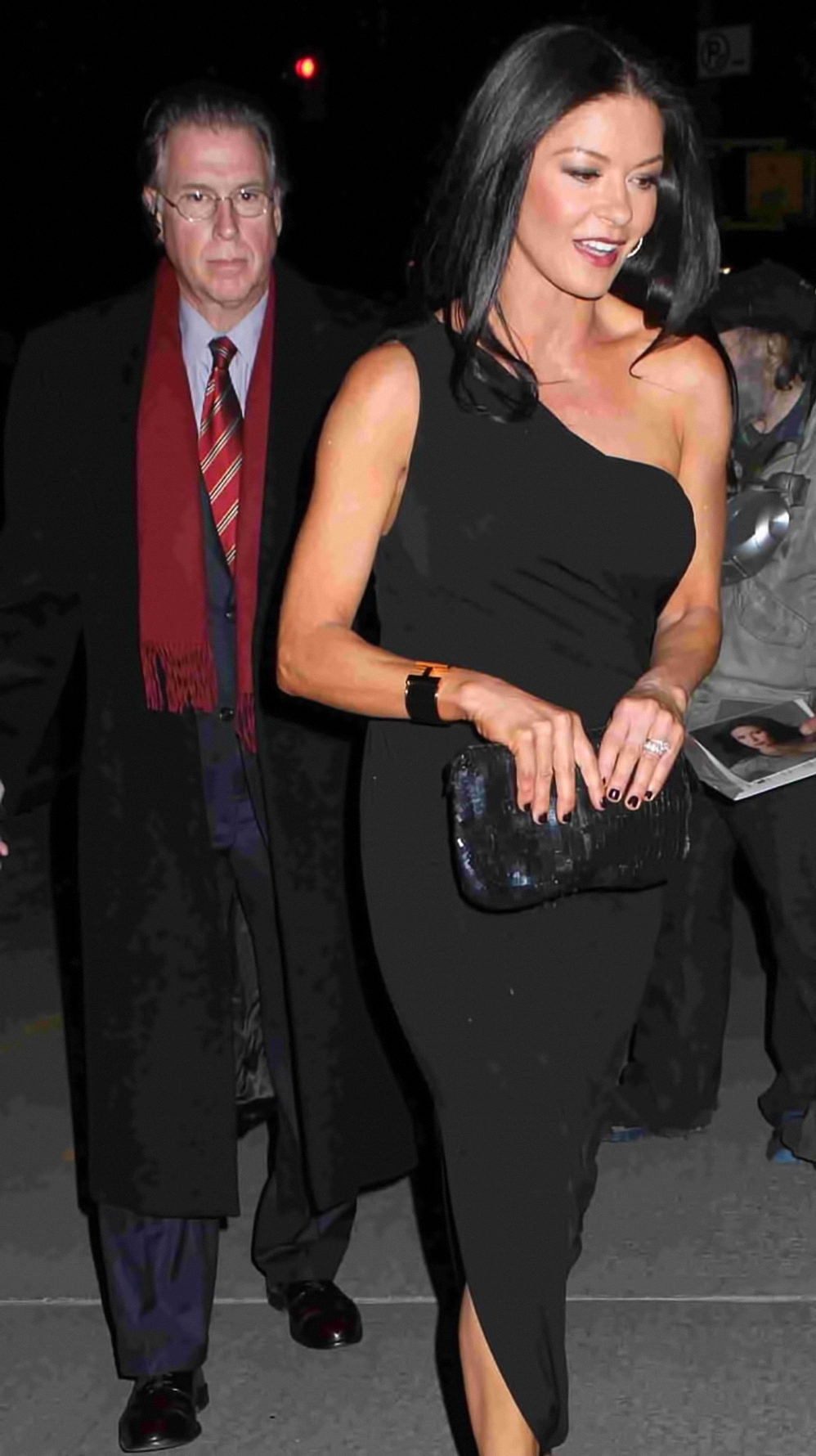 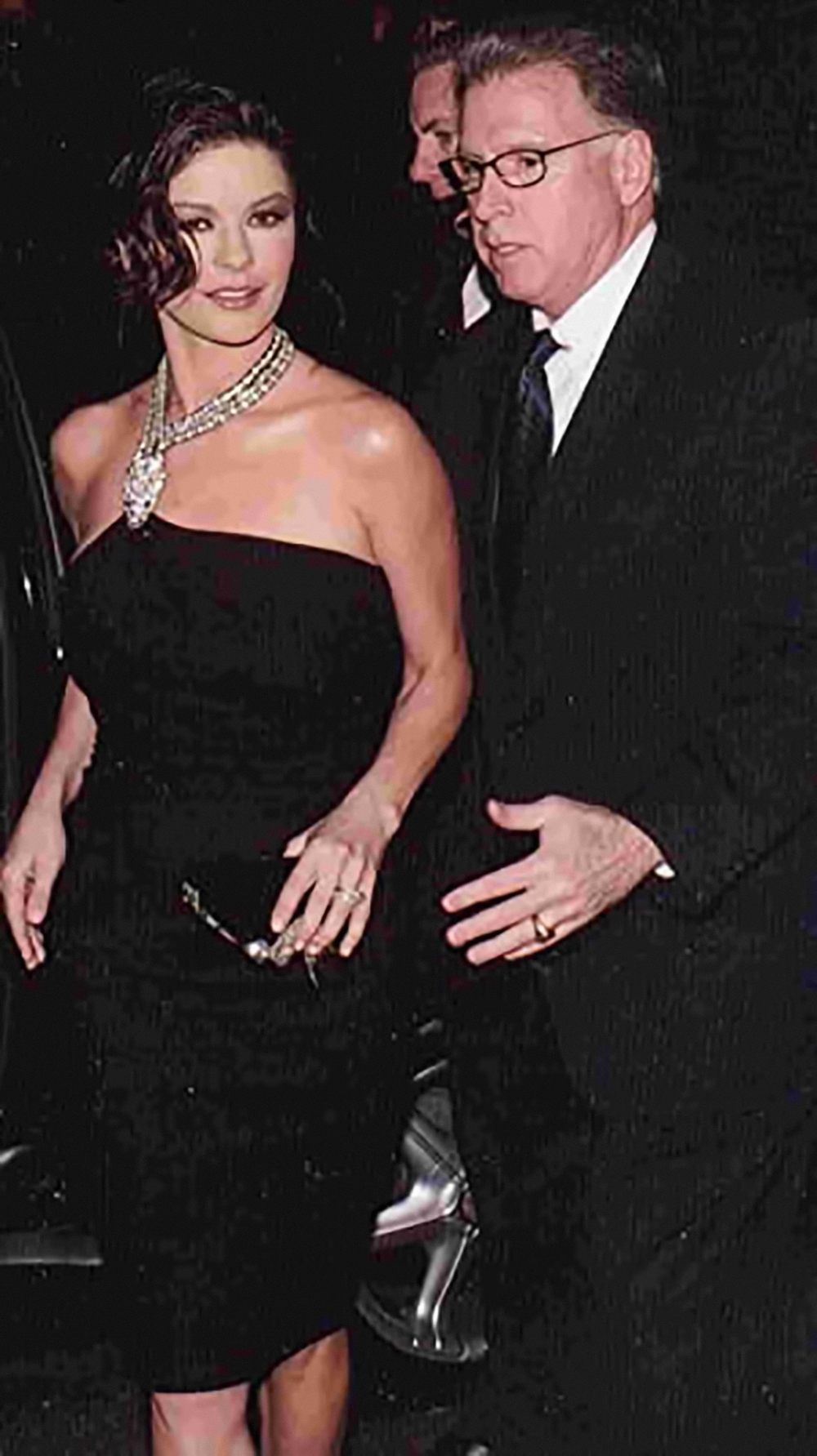 ♡ You’ve worked with the top of the top. What’s something that celebs look for in a bodyguard?

TF: Different celebrities look for different qualities. Proficiency with weapons & hand-to-hand combat is a given. However, a bodyguard who keeps his/her mouth shut – speaks to the client only when spoken to – is universally sought. “Friendly not familiar” is a bodyguard’s mantra.

Celebrities aren’t hiring us as friends, or companions. They don’t give a rat’s ass how we feel, or what our opinions are about anything. They wish us to do the job, get them to & from without incident. My teams – all armed – appear to the outside world as businesspeople who blend in anywhere. Rappers, on the other hand, hire larger-than-life bodyguards meant to intimidate & draw attention. When deciding whether to take on a new client, I conduct a risk assessment. Then I’ll advise them on the level of security I think necessary. I may recommend only an armed driver, or an entire team for high-risk individuals. Regardless, I hand pick each & every operative. 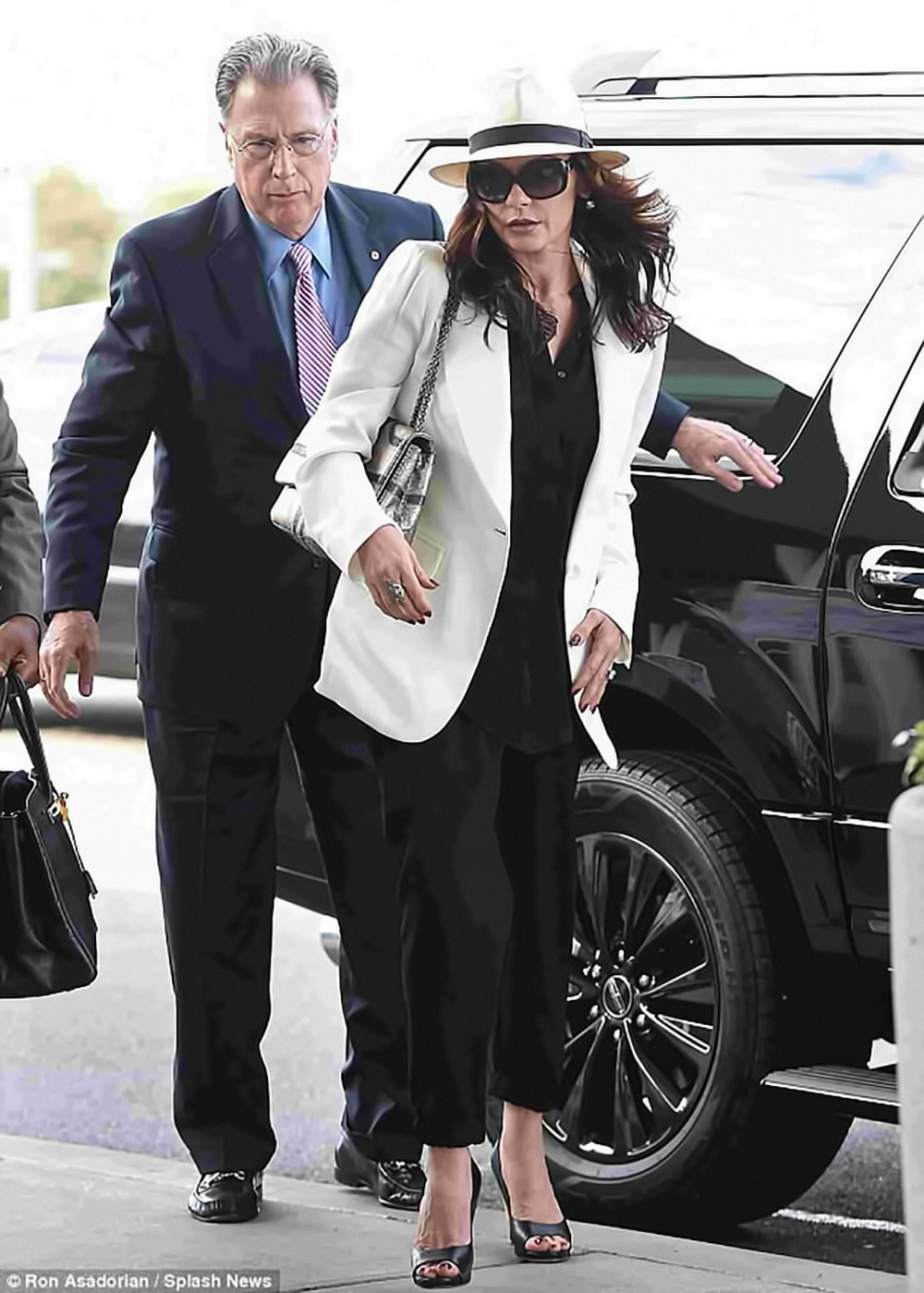 ♡ Can you tell us a juicy story?

One look in the actor’s eyes told me different; he was smitten. Not surprising since Cath is one of the most beautiful women in the world. But she was usually busy rehearsing & had never met Voight so she demurred. Since he knew that I understood his intentions, Voight was gracious when I delivered regrets. Not that he gave up. He showed up at the theater five times. Five times I turned him away. About a year later, Cath & husband Michael Douglas were seated at a table at a Robin Hood Foundation fundraiser. Who was sitting next to Cath, a big smile on his face? Voight & I locked eyes. He smiled at me & gave me a thumbs up. I smiled & thumbed back. 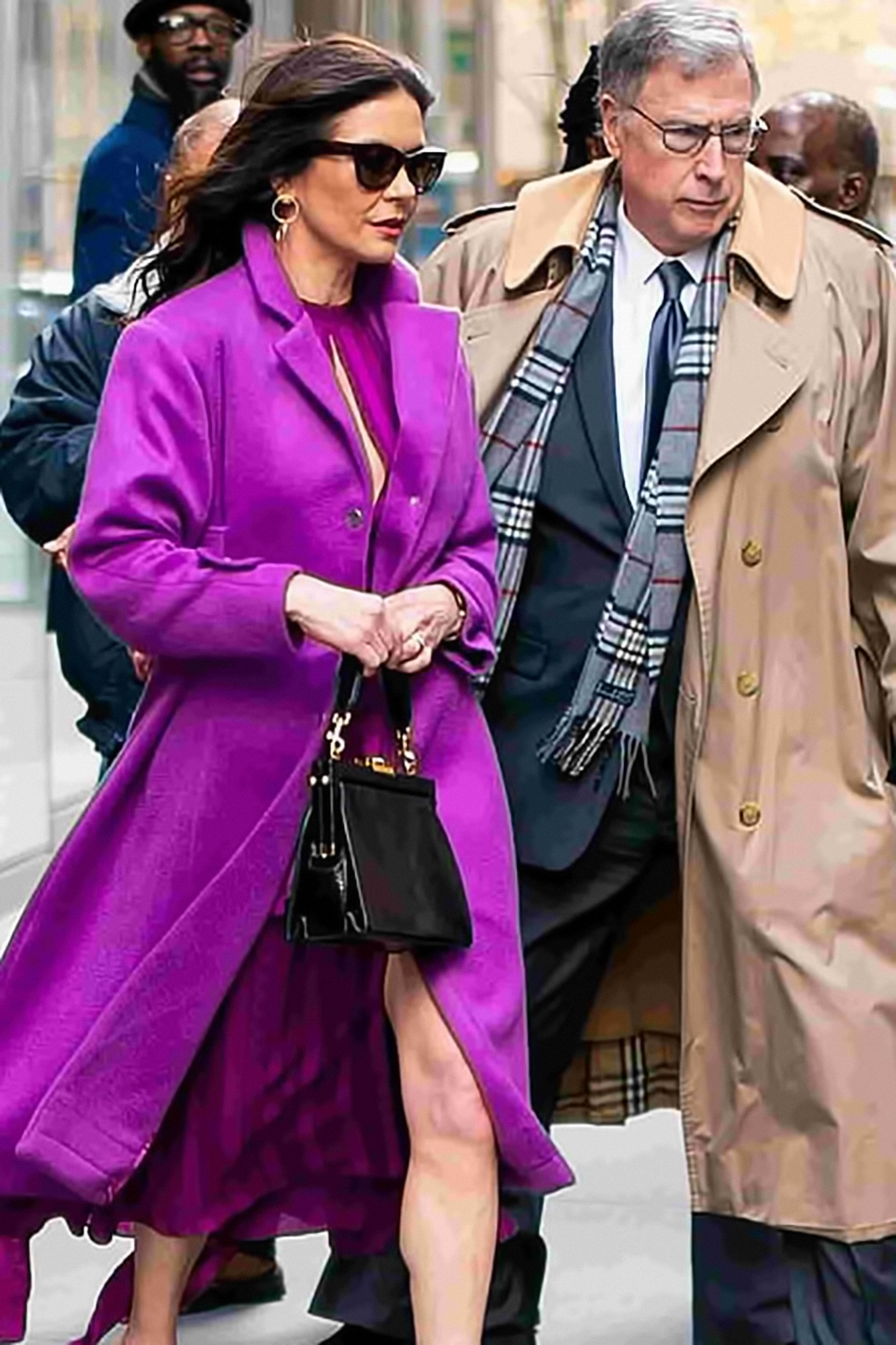 ♡ Have you ever been in a dangerous situation & how have you handled it?

TF: As they say in the entertainment industry, “The secret to a successful production is pre-production.” In the world of bodyguards, the key to avoiding dangerous situations is “advance work.” That’s where we scrutinize a high-risk celeb’s life & then plan their every move. Consider any credible threats, known enemies. Things like crowd control, traffic routes, egression to & from an interview, red carpet appearance, or dinner in a restaurant. Although the unexpected can & will happen.

One evening I was bodyguarding Academy Award, Golden Globe, & Primetime Emmy Award-winning actress, Gina Davis, at a film premiere. A paparazzi, usually a celeb’s enemy, warned me about a highly agitated, disheveled guy lurking in a crowd of fans, mumbling Gina’s name. I assigned two men to the guy who, when Gina & I exited the theater heading to our limo, cleaved through the crowd, pulled a screwdriver, & lunged in our direction. My guys took him down. Hard. Disarmed & restrained him & turned him over to the cops. To this day Gina had no idea what happened. 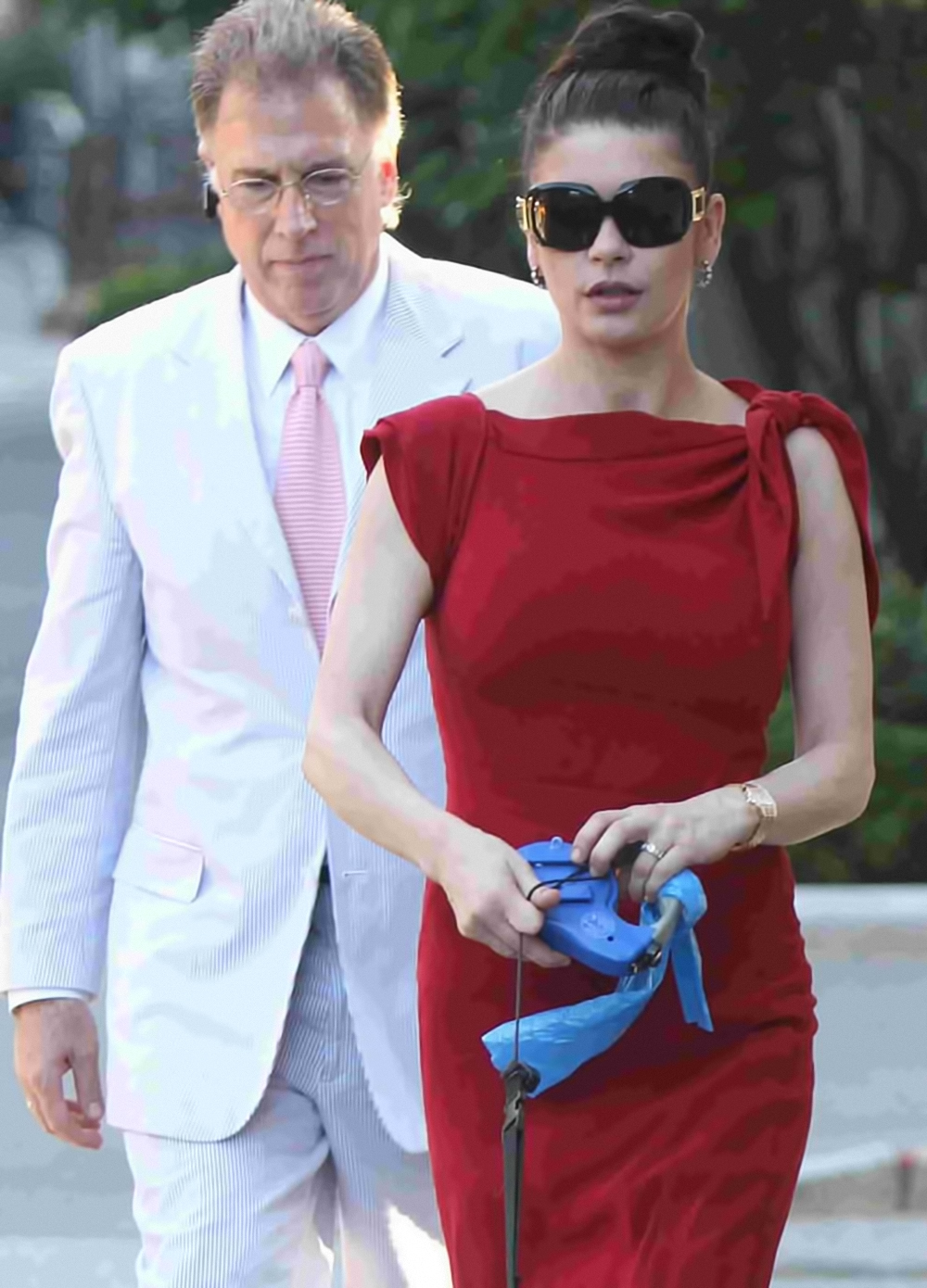 ♡ What’s the interview like to get hired as a celebrity bodyguard? Walk us through the process.

TF: I only hire former law enforcement & military people who are experienced in personal protection – usually bodyguarding politicians or high-level military officials – & come recommended. I look for someone who strikes me as a team player, looks comfortable in conservative business attire, &, most importantly, is utterly unimpressed with the glamour & trappings of celebrity. Garrulous, conspicuous people need not apply. 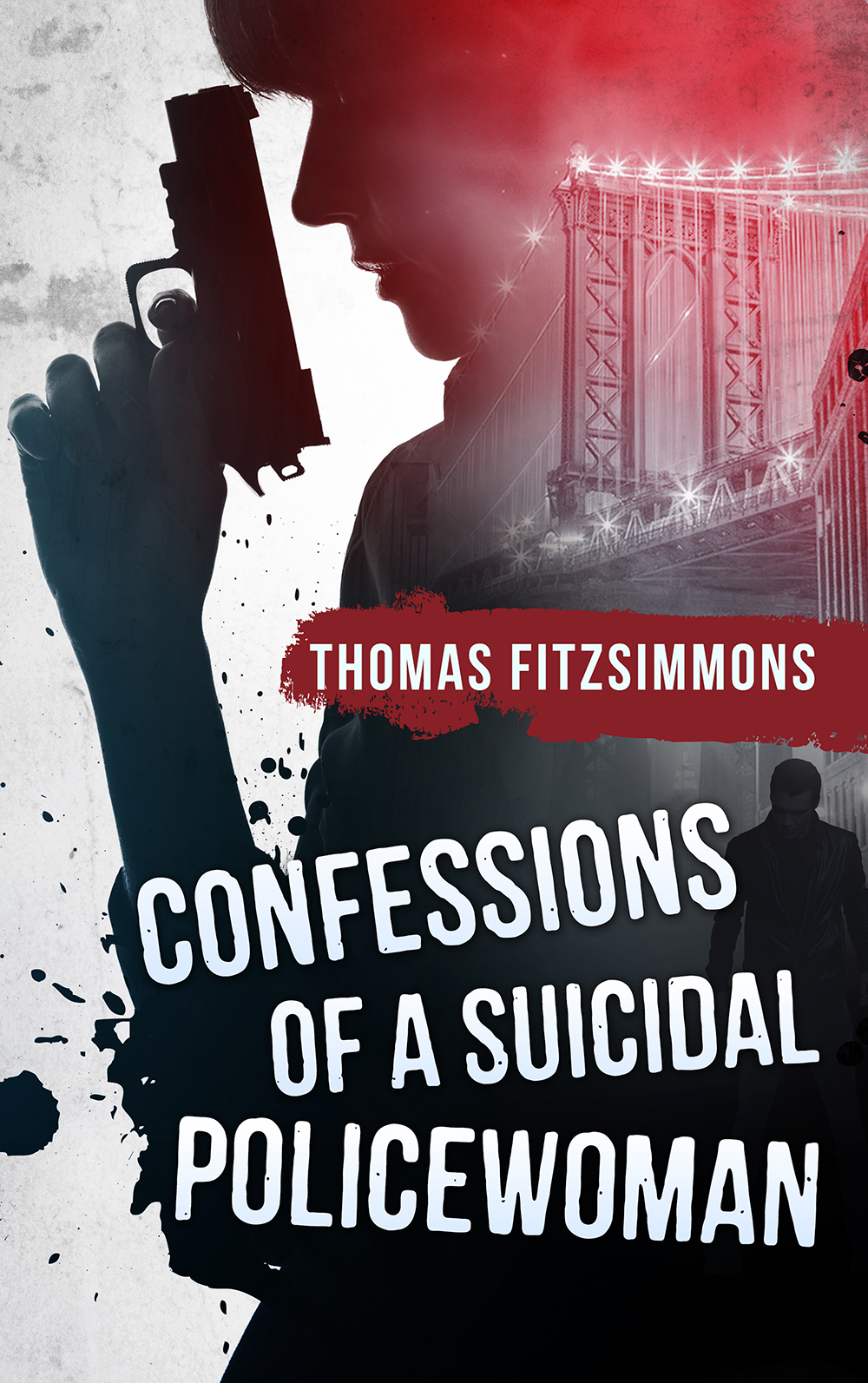 ♡ You’ve written a lot of books which is very impressive! What are some tools & tactics you use to write a book?

TF: If you’re going to be a writer, you have to be a reader first. I don’t use tools or tricks when authoring a book. I come up with an idea, sit down & write. And I don’t outline or plan ahead in any way – for me, it’s easier to write an entire book than attempt to outline one.

Discipline is the key. “There ain’t nothing to it, but to do it.” I don’t think about who my audience is, or if a book is commercial & will sell. I write & read for enjoyment. Although I must admit that If people like what I write I’m thrilled. 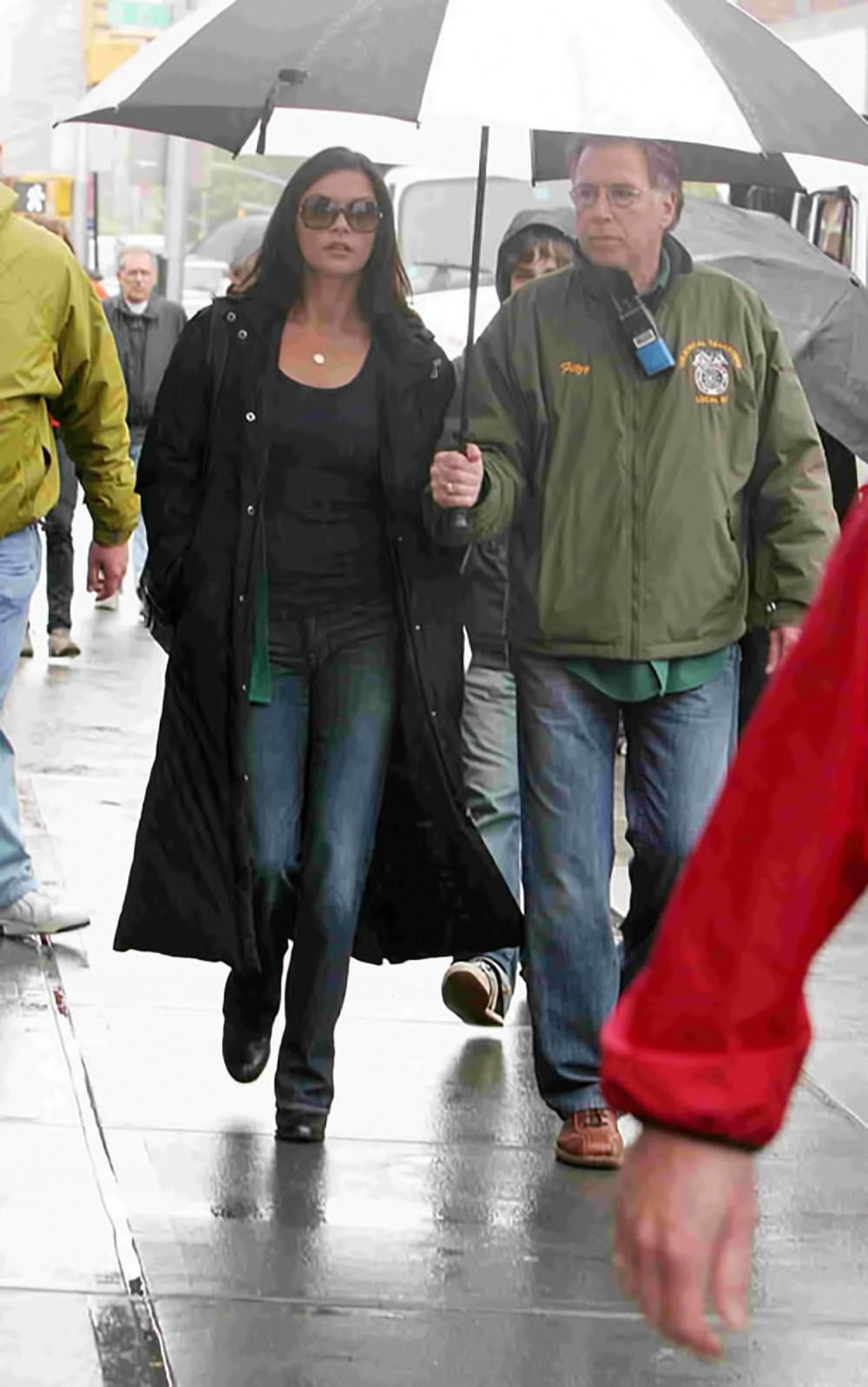 ♡ What happens when the celebrity that you’re working with is hard to keep track of? (Partying, going out with friends, etc.)

TF: I always “keep eyes” on my clients so keeping track is not an issue. Whether using a lavatory or going outside for a smoke, me, or one of my people are with them. My steady clients are all mature, established & not into partying. Their idea of a wild night out is an after-dinner nightcap at the ultra-sophisticated Bemelmans piano bar at the Carlyle Hotel. 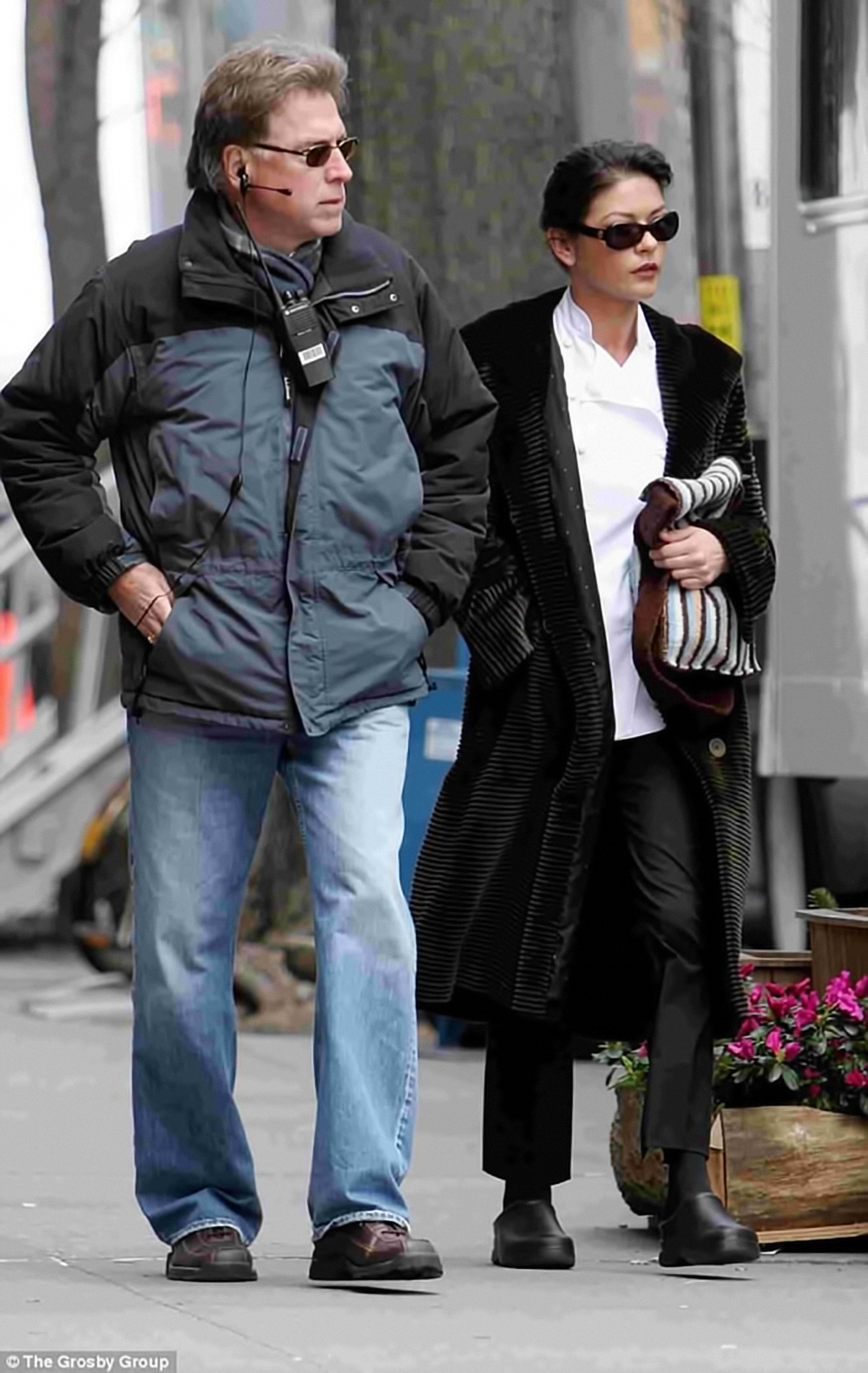 ♡ What are your tips for someone who wants to get into the industry?

TF: Like any well-paying business, it’s competitive. Almost every retired law enforcement person tries their hand at the industry. If I were starting over again, I’d acquire as much hands-on experience as possible in a police department or the military. Then, depending on what kind of bodyguard work you’re suited for – are you a Mister T or Kevin Costner? –  I’d find work with an appropriate agency. Learn the ins & outs. Make your own contacts. Keep your f**king mouth shut. Ears open. 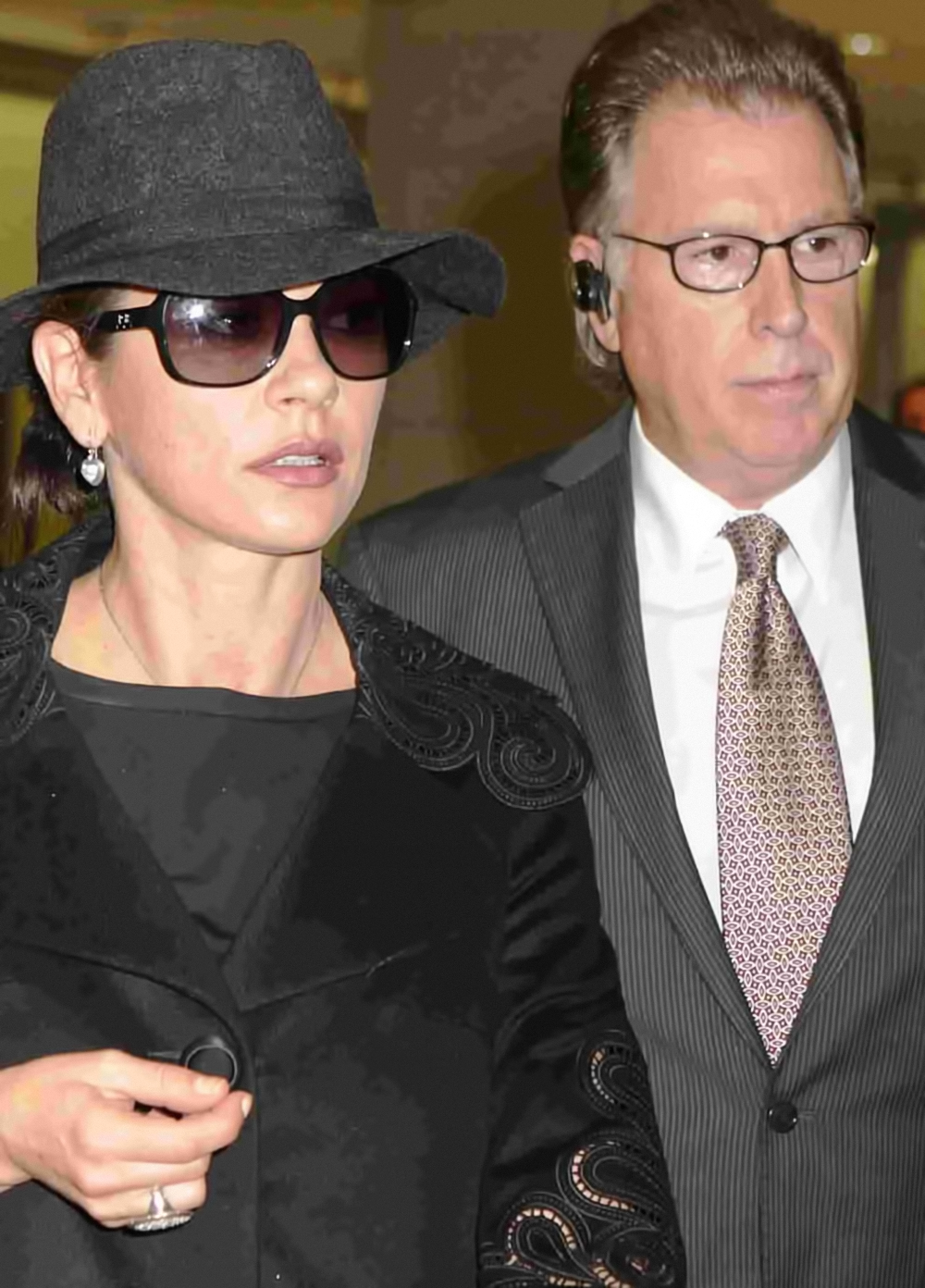 ♡ Where can everyone find you? Pimp yourself out!

TF: My books, which are based in fact thrillers, are available at www.amazon.com Or you can order hard copies from any brick-&-mortar bookstore. I am represented by literary agent David Vigliano.

Regarding my security business: I no longer solicit new clients. However, I do place bodyguards, & armed chauffeurs, & headhunt the very best in the business. To be frank, I’ve discovered that the vast majority of people that wish to hire an armed chauffeur/bodyguard can’t afford it or they are looking to employ someone on the cheap. As in any business, you get what you pay for. 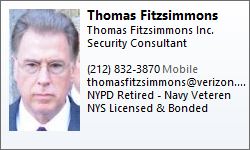 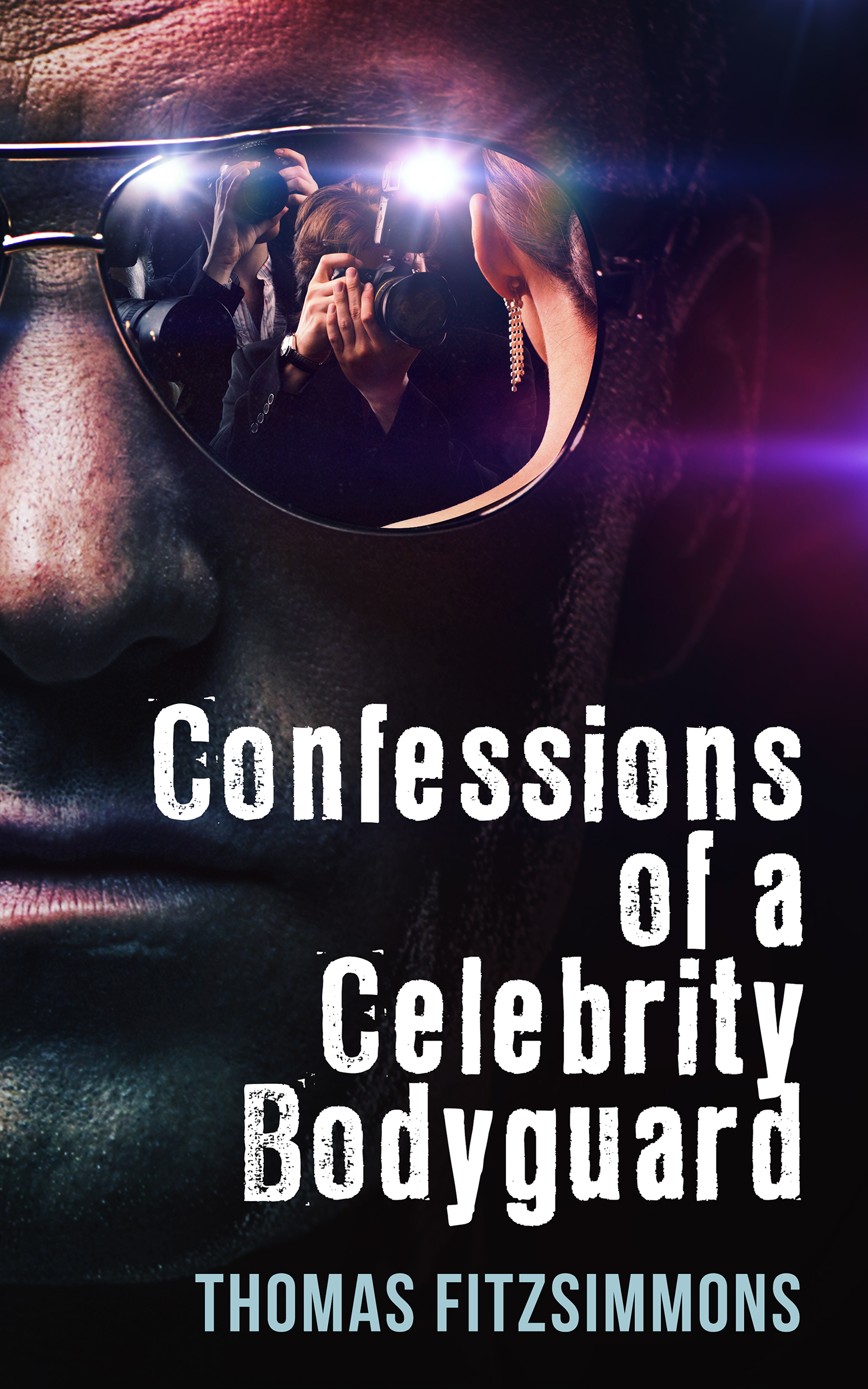 Be sure to check out Thomas on The Skinny Confidential HIM & HER podcast for all the juice & grab his latest book, Confessions of a Celebrity Bodyguard.

++ check out these 5 tips from Jamie O’Banion on balancing work & family.