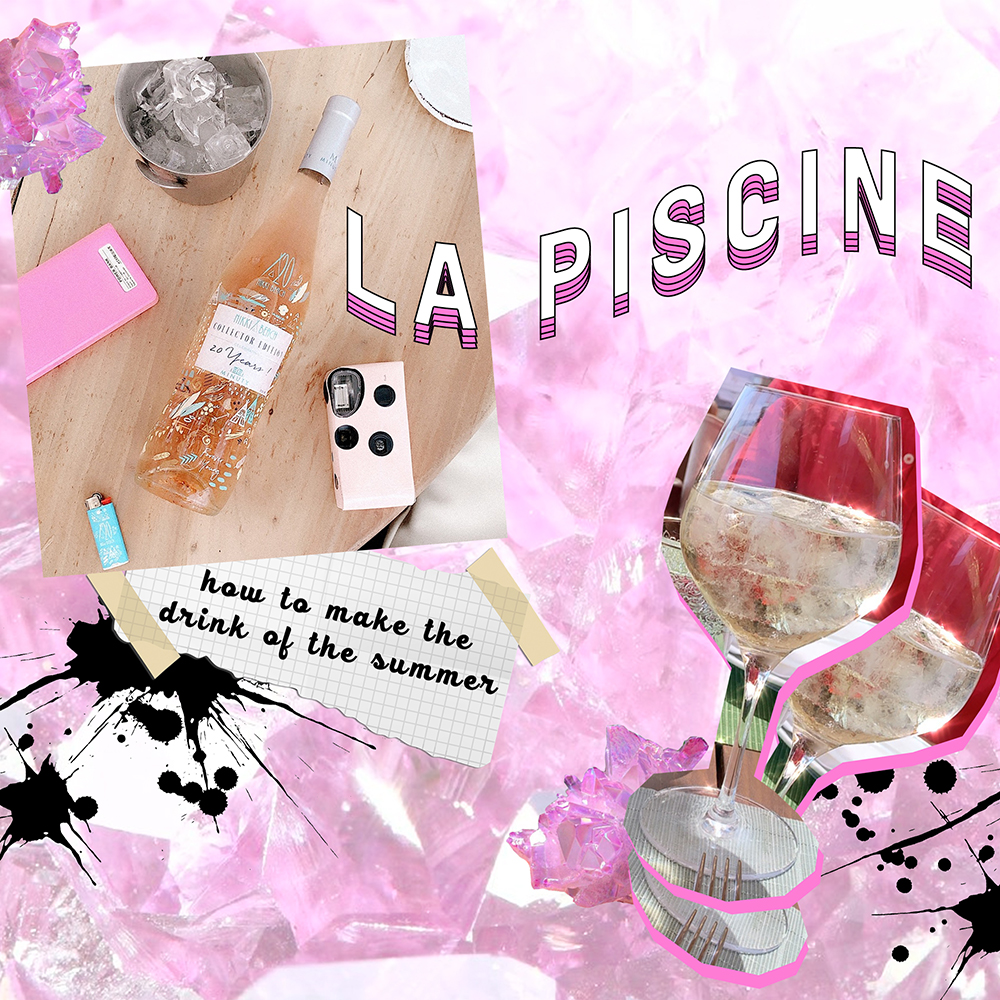 Let’s just start off with a little history on this amazing drink. I was first introduced to it by, you guessed it, Ingrid. She lives in Monaco & we were at this cute little restaurant called Petite Maison in Nice. Ingrid casually ordered ‘à la piscine de champagne.’ Immediately I had 100 questions.

A big goblet of champagne showed up, packed with ice cubes. As I was guzzling, Ingrid explained this is the chic way to drink slower. & while you’re drinking, you’re hydrating from the ice & staying cool in the heat.

I very much liked this idea because I’m someone who will down a flute of champagne in 5 seconds because it’s so easy to drink. But when it’s in a goblet with lots of ice, you tend to drink it slower. You don’t get buzzed a quickly. 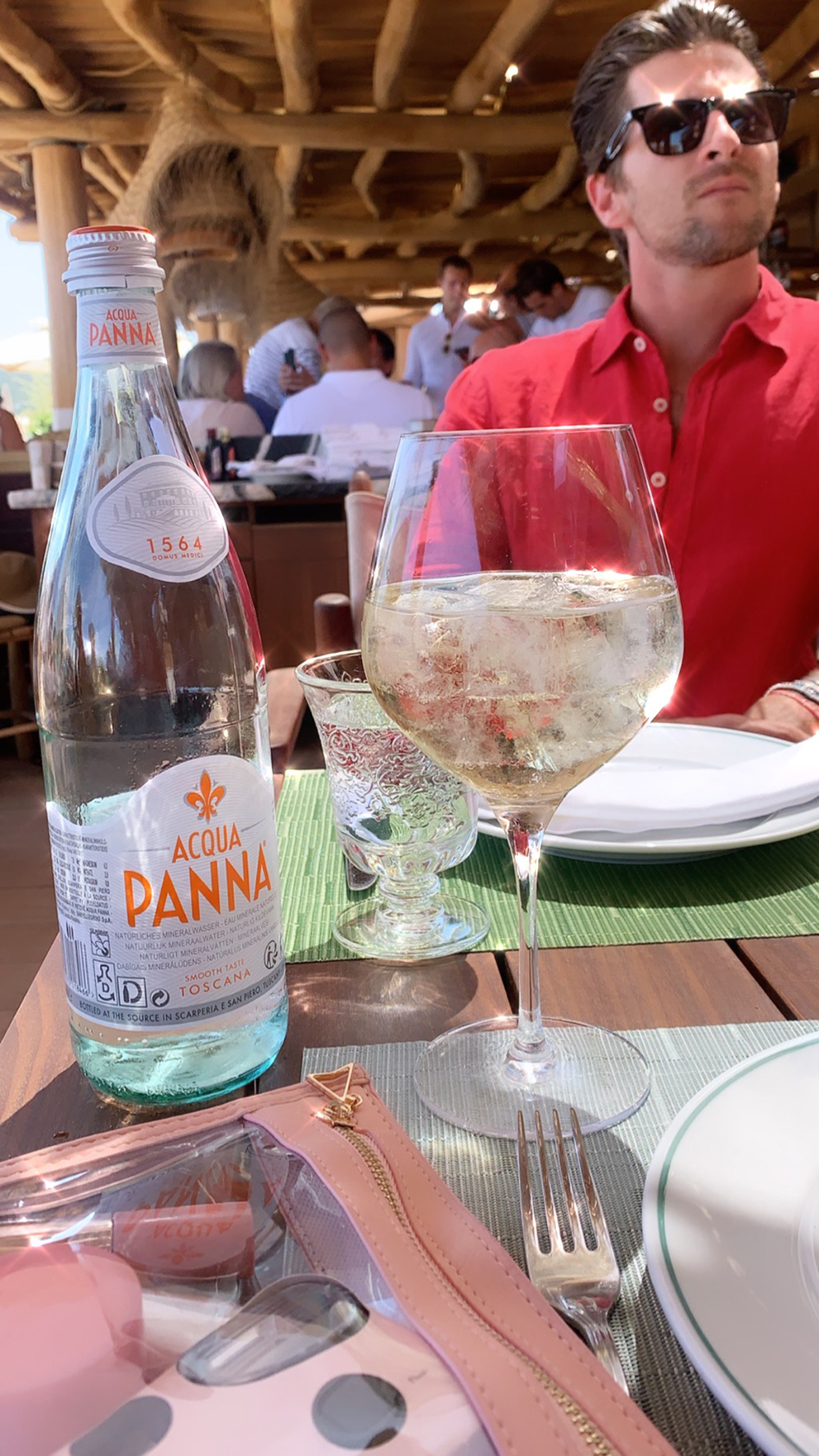 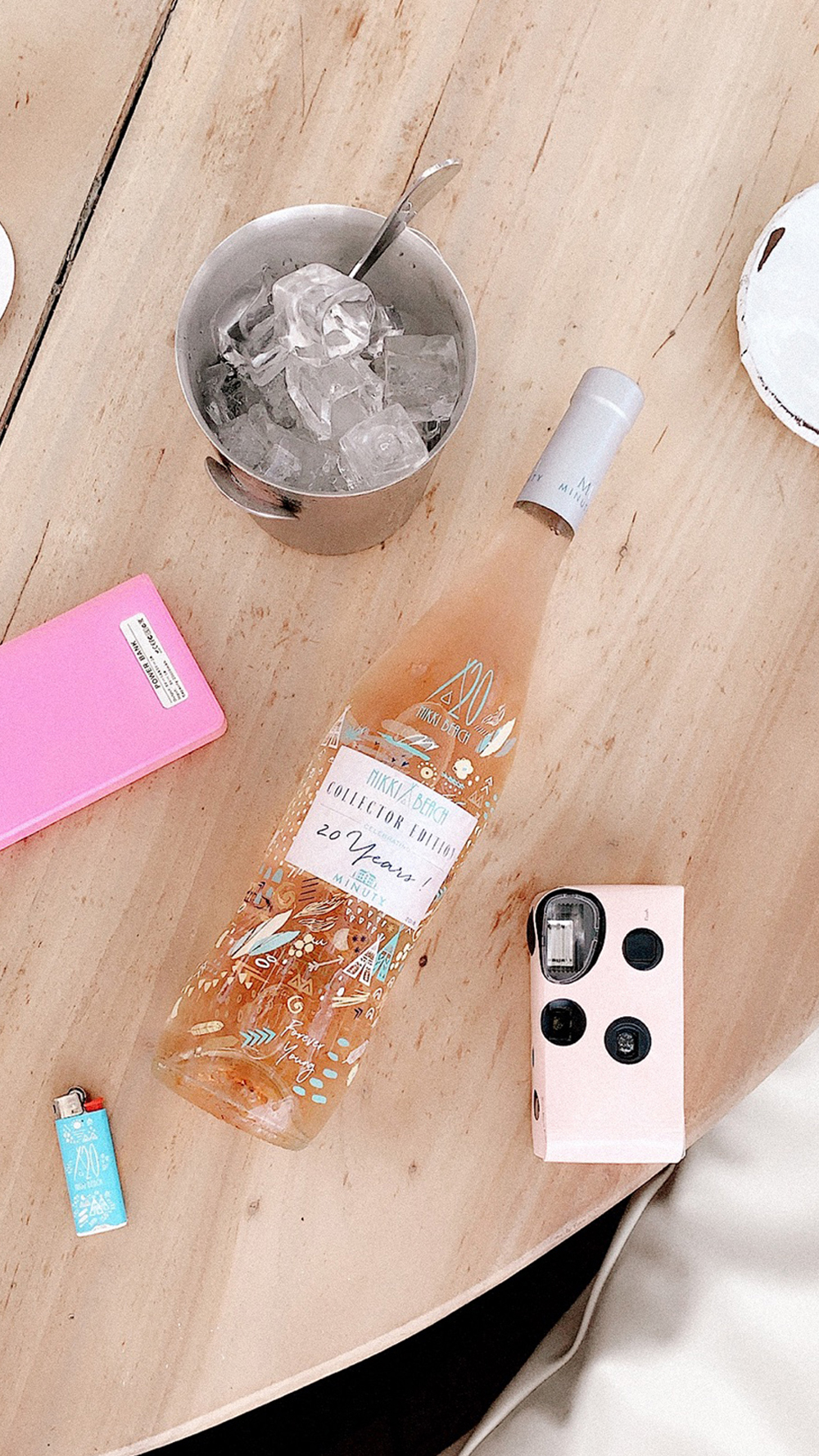 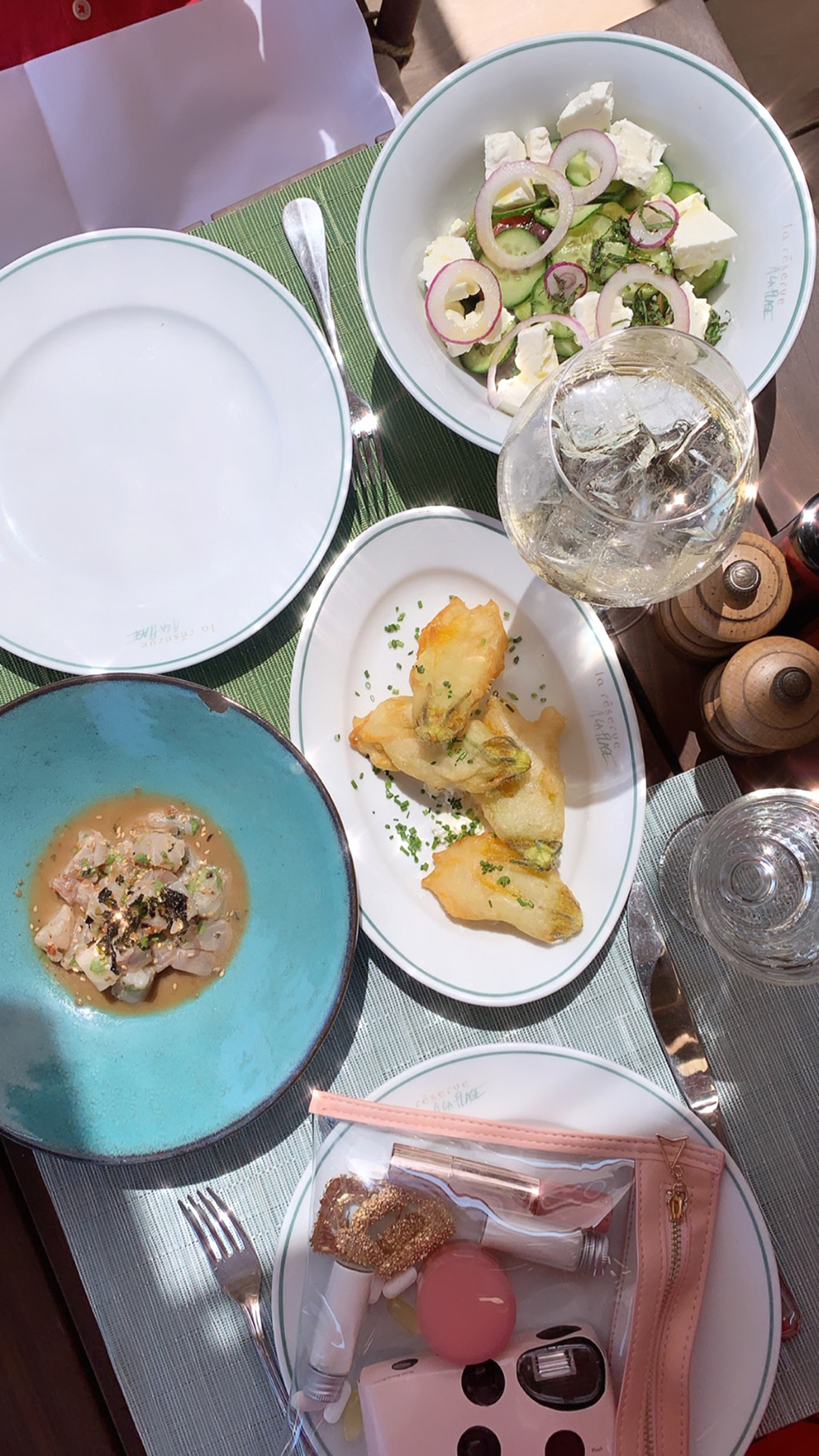 No fear, this drink isn’t just for women, men enjoy it too. Michael loves to order Domaine Ott rosé or Veuve Clicquot in Ice Jacket & a bunch of ice & pours it into a white wine glass. In my opinion it’s something everyone needs to try. It’s very French, very chic & very bougie in a good way.

“For years, Bill Murray has enjoyed an unorthodox alcoholic drink: Champagne on ice. “The way I like to drink it is in a big pint glass with ice,” the actor once said. “I fill it with ice and I pour the Champagne in it, because Champagne can never be too cold.”

Of course, this goes against centuries of tradition and the advice of Champagne makers, who have long believed that the wine has a completeness and harmony that should be enjoyed neat. To dilute the flavors and aromas with ice was gauche.

But it turns out Mr. Murray was a trendsetter. Others are just now catching up. At events including Coachella, the tennis tournament in Indian Wells, Calif., and a party for the men’s wear label Orlebar Brown during the recent shows in New York, the attendees were, heretically, drinking Champagne on ice.

Inspired by jet-setters in the south of France, who, like Mr. Murray, have long added ice to their Champagne (the drink is called a piscine — or pool), Mr. Gouez conceived Moët Ice Impérial, a Champagne designed specifically to be consumed over ice. Think of it as a looser, T-shirt-and-halter-top Champagne.

It has become more of a party drink,” Mr. Gouez said. “New generations are looking for more freedom, a more casual approach.” – via

YES, you’ll say it goes against traditions & advice of champagne makers who say ice has no place in champagne. But that’s neither here nor there. I’m here to tell you that this drink is on the pulse & all the trendsetters are drinking it. You can even find Olivia Palermo with a huge goblet of ice & champagne.

As the article already mentions, this drink is inspired by the jet-setters in the South of France because it’s so hot here. Sure you can reach for a frosé, but why not feel French & sip on a cocktail la piscine de Champagne.  Oh I almost forgot, la piscine means pool in French. Wink!

& like Bill Murray says: “You don’t want to crash. you want to keep that buzz, that bling, that smile.”

With love from Antibes,

+ if you’re more of a frosé girl, check out my watermelon frosé here.

++ & if you’re more into hard alcohol I got some vodka kombucha for ya. 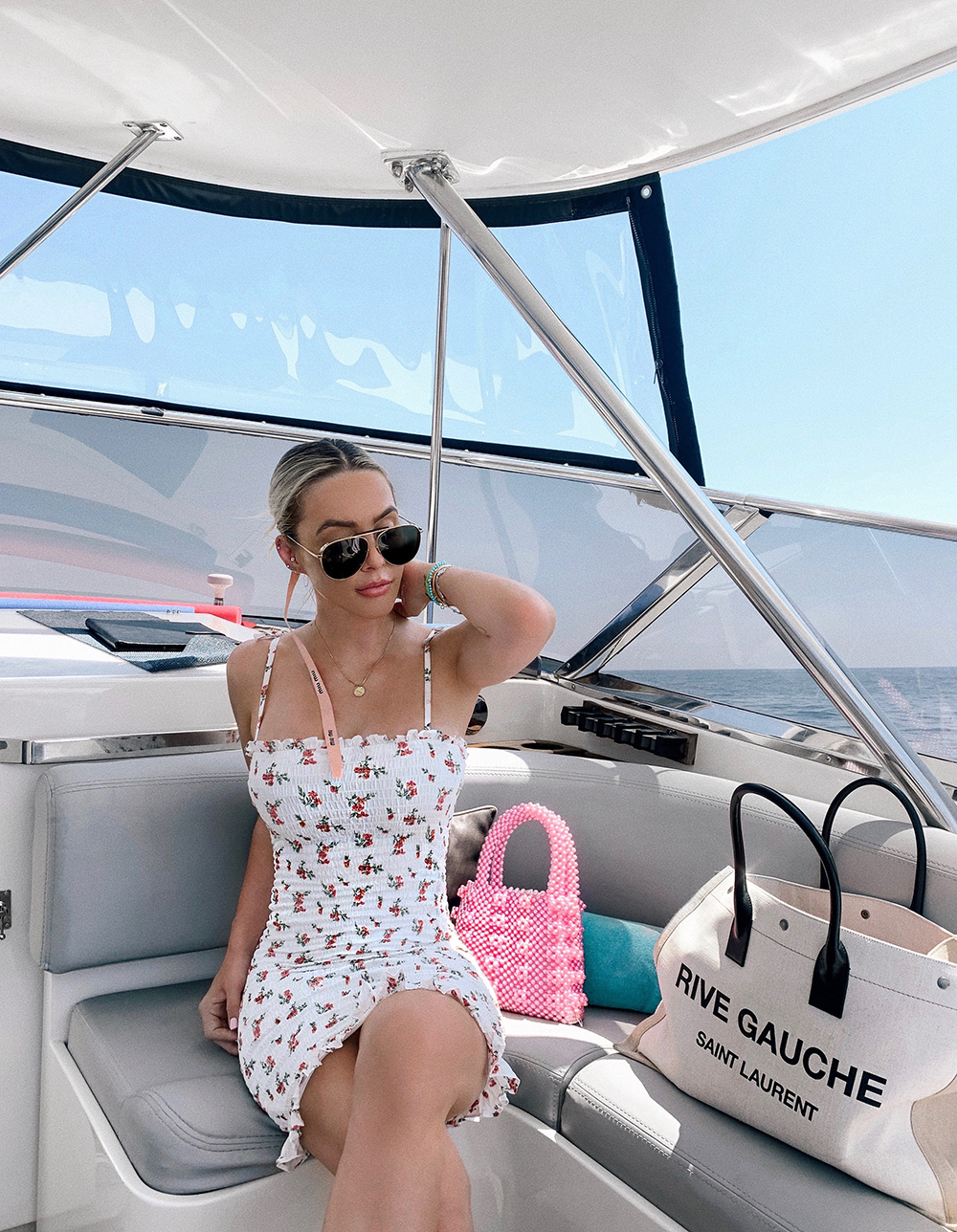