Why You Shouldn't Settle For Less
Skip to content 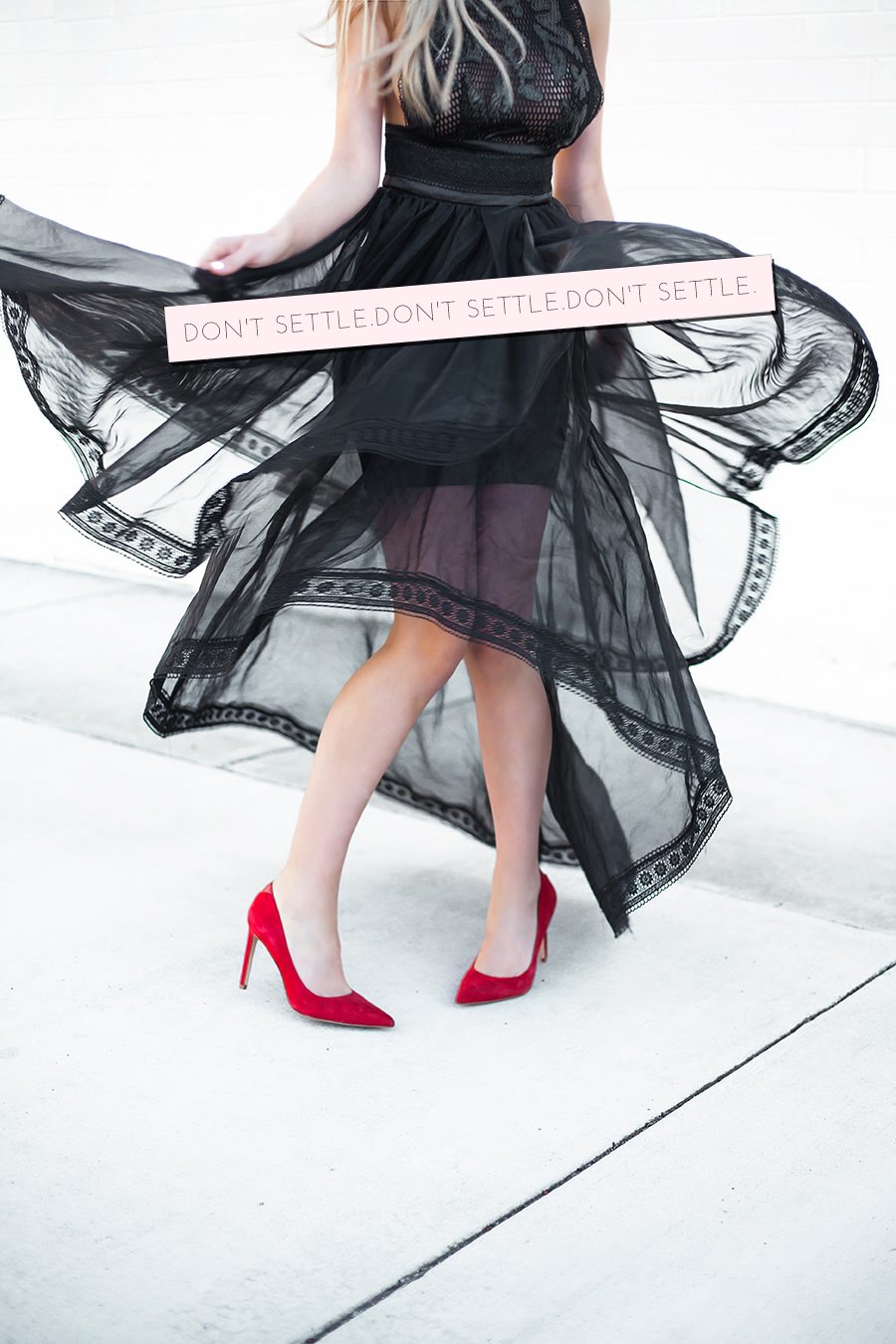 Don’t you hate that word?

Especially when it comes packaged in the phrase ‘settling for less.’

Because is there actually anyone who WANTS to settle for less?

Here’s the thing though: people settle for less everyday.

Specifically let’s talk about relationships though.

For some reason the theme of my asklauryn@theskinnyconfidential.com e-mail inbox has been heavily relationship themed. Over & over the same questions are asked about shitty boyfriends.

And over & over I repeat the same thing: DO NOT SETTLE.

Who the fuck cares if society tells you you need to be engaged by 29 at the latest with a baby on the way at 32. LIKE YAWN? I am so sick of society putting pressure like this on women- I mean what ever happened to beating to the tune of your own drum? If you want kids at 32, you do you but if you want to travel the world & eat pasta having different one night stands at 32, by all means- you know?

Do not settle for the douche who doesn’t treat you the way you should be treated because you’re nearing 30 & need to do what is expected.

I’ll tell you one thing: if I wasn’t married to Michael I can bet you I’d be single.

Single…& fine with it.

( There are some major pros of being single in my world…AKA no one would ever sit on my white couch. I could also work from bed, turn the heater up every night, & the toilet seat would always be right where I left it. Sorry babe but you know it’s true ).

I’d be fine with being single because there’s no part of me that wants to settle for anything less than what I 100% want.

Let me back up…

We haven’t really dove into this area of my life but I’ve been there done ( literally, HA ) the douche-bag dance.

One boyfriend was a real liar. He would lie, lie, lie. I thought I was going to marry him all through high school.

We dated for 5 years.

I put up with his dumb shit for 5 years.

5 years of settling for less.

At this point in my life I would have kicked his ass to the curb. No matter what age. I would never settle for a liar. LIKE BYE FELICIA!

The other dingleberry boyfriend & I dated for a year. This one was a SERIOUS PIECE OF WORK guys. No job, no ambition, no responsibilities. Kind of cheat-y too.

I’ll never forget when he asked me to go to a tiny Mexican restaurant on Valentine’s Day. The bill came & he didn’t have enough cash. So he had the AUDACITY to ask me if I would DINE & DASH with him. Um, happy Valentine’s Day?

I told his ass NO, I most definitely would not skip out on the bill. At the time I was a cocktail waitress & would never do something like that to another server. So I paid the $59 dollar check myself ( please note: my bank account was not hot at this point- I think I had $110 bucks? )…BUT after that I continued to put up with his shit for another year.

A whole year of more instances like his DINE & DASH V-day moment.

Now? I would tell him to take a hike…

For all of you that are reading & screwing around with a douche who doesn’t deserve your time: DON’T SETTLE FOR LESS.

Once I started to know my worth, Michael came back into my life.

You know the saying: “Happiness often sneaks in through a door you didn’t know you left open.”

Well, he snuck in through my door.

…looking all hot in his leather jacket.

The point is: maybe you’re settling for less. Maybe you secretly, deep down know you are & you’re not being real with yourself. Have an honest conversation which requires an EXTREME amount of SELF AWARENESS. Snap yourself out of being in a delusional relationship that isn’t good for you. Don’t marry the douche-bag because you’re 33. Overall don’t fucking settle for bullshit. Have your cake & eat it too. Anything worth it takes time & patience- just because you don’t have something at 29 doesn’t mean you won’t have it at 36.

OH, and keep your door open.

You never know what might sneak in when you refuse to settle for less.

For the record? Being single & independent is fun, sexy, & cool- embrace it. AND whatever you do: don’t put a time or age on marriage. You do you, Boo.

( By the way I get to write in bed sometimes now because I diabolically invested in these noise canceling headphones for Michael- I just couldn’t SETTLE for his ‘no work in bed rule.’ Currently next to me sleeping like a baby, listening to orca whale meditation music ).

40 replies to “Why You Shouldn’t Settle For Less”