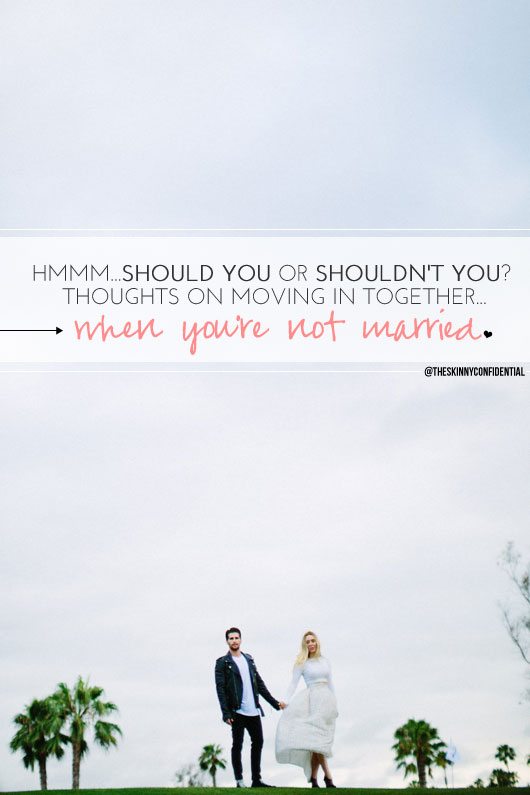 Today I’m getting kind of personal.

I’ve gotten a lot of e-mails about relationship advice so…I figured I’d share a bit of my experience.

In general, I never want to over-share especially when it comes to my relationship. I feel like keeping it between me & Michael is what makes our relationship special to us. I’m super private/protective in that way. The Skinny Confidential is a piece of my life but it’s not my whole life.

Obviously there’s a lot of life that happens besides just what’s on the blog— whether it’s happy, frustrating, sad, or personal, not every.single.thing. is meant for sharing on the Internet.

For example, we kept our engagement a secret for weeks & weeks before we blasted it out on social media.

On one hand, I wanted to scream from the rooftops…and on the other hand I wanted to just enjoy being engaged to Michael, privately.

And that’s what we did.

We soaked it up…big time. I was giddy.

Anyway, I do have a relationship topic I’ve been dying to share because if it helps one person, it’s worth sharing, right?

So well, I guess it begins with this: I don’t live with Michael.

But the truth is I’ve never lived with Michael.

In fact, I’m having MAJOR ( major, major, major ) anxiety that in a couple months we’re moving in together ( << we’ll get to that later ).

While we were dating there was a long list of reasons to not move in with the BF:

1.) I wanted to experience my twenties to find my independence & discover my personal style.

2.) Why rush in to something that was going to happen anyway?

4.) …so I needed a couple of reality checks/lessons.

5.) I’m a control freak & needed to address the issue before suffocating my poor fiancé.

6.} My parents always told me to have my own space before marriage…

Ok, so the whole time Michael & I dated, I never, ever wanted to move in with him.

I mean, really though: why rush my twenties to move in with someone, I KNOW I’m going to ultimately spend my life with?

Let me guess? You’re thinking: because you need to see if you’re able to live with him!!!

I saw the opportunity of being boyfriend & girlfriend as a time period where I could get to know myself.

Without tons of responsibilities.

Without doing someone else’s laundry.

Without having to mix my style with someone else’s taste.

And without compromising, in general.

I wanted to go to my home & shut the door.

And guys…here’s why I’m sharing this: IT’S BEEN THE BEST THING EVERRRRRRRR.

I am so, so glad I moved out on my own to see how it is to pay all my own bills, decorate the way I wanted to decorate, and get to know myself on a one on one basis. Michael’s told me he really respects my decision to live on my own.

Now obviously this isn’t for everyone. I think people should do what is right for them. I just don’t think anyone should conform to society’s expectations unless it’s working for you.

But for me, living by myself has been absolutely insane. There’s been times where it’s tough financially but I did everything in my power to make it work because I know I’ll probably never live alone again. 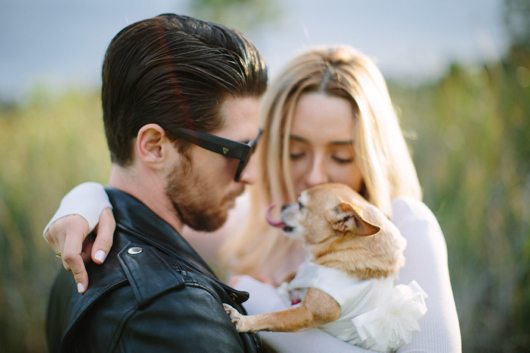 Like, a real annoying, you don’t want to live with me kind of a control freak.

My closet is color coded, under the bed is organized, I Swiffer more than anyone in the world, every label is facing out ( Kris Jenner-style ), I don’t like towels anywhere near the floor, my underwear’s folded, etc. I could go on but honestly I’m scared of the comment section.

At this point maybe ( just maybe? ) you’re thinking “well that’s cool to be that organized.”

The control freak in me has gotten in the way of life before…seriously, though lemme tell ya ( but that’s a different story for a different day ).

And really, I felt like I needed to work on that side of myself before moving in with Michael.

So I’ve seriously been trying…very, very hard to train myself to be a little bit more, uh…laid back. More like Cool Cat Connie.

I definitely feel like I’ve made some progress. Fingers crossed for more though. That’s where my ‘moving anxiety’ comes from…the fact that I’m going to be sharing a space with someone else with those good old control freak tendencies. Hey, I’m a work in progress…

So definitely wish me luck on that one ( poor Michael ).

And lastly, here’s a question I get a lot: “well now that you’re engaged, why don’t you guys move in together?!”

Ahhh, everyone’s so rushed! I like to take things slow.

Also, my lease is month to month. Michael’s is up in the next couple months. Initially he really wanted me to just move in with him…but I don’t want to move in to someone else’s space.

( Dear Michael: no offense babe, but I can so see you saying “Lauryn you left your faux fur on my floor!” ).

I want it to be ‘our’ floor. Our dish washer. Our bed. Our house.

Basically my motto is: DON’T RUSH LIFE!! And really don’t rush your twenties.

So we’ve come to the decision that we’ll move in together in to ‘our house’ in the next few months. We’ve started to house hunt ( it’s pretty clear that that’s an extremely overwhelming process ) so I’ll keep you guys posted.

Sometimes I kind of feel guilty for fully embracing & enjoying this phase of my life ( sleeping alone, cooking alone, cleaning alone ) but ultimately I’m really grateful to have had this independent time…because soon it’s on to the next chapter ( eek! ).

In the end, moving in together will be that much sweeter.

So there it is, I guess…my ‘why I don’t live with my boyfriend’ experience.

What’s your take? I loveeeee when you share your stories— just so ya know, I read each of your comments because you guys always have amazing advice.

Thanks for listening to my long-ass post, x L

{ P.S. naturally, Pixy is dying for us to move in together…she can’t wait to live with with both parents ; ) }.

107 replies to “Relationship Advice: To Move In Or Not Move In?”