Productivity Hack...A Simple, Tiny Change That Will Make All The Difference In Your Day
Skip to content 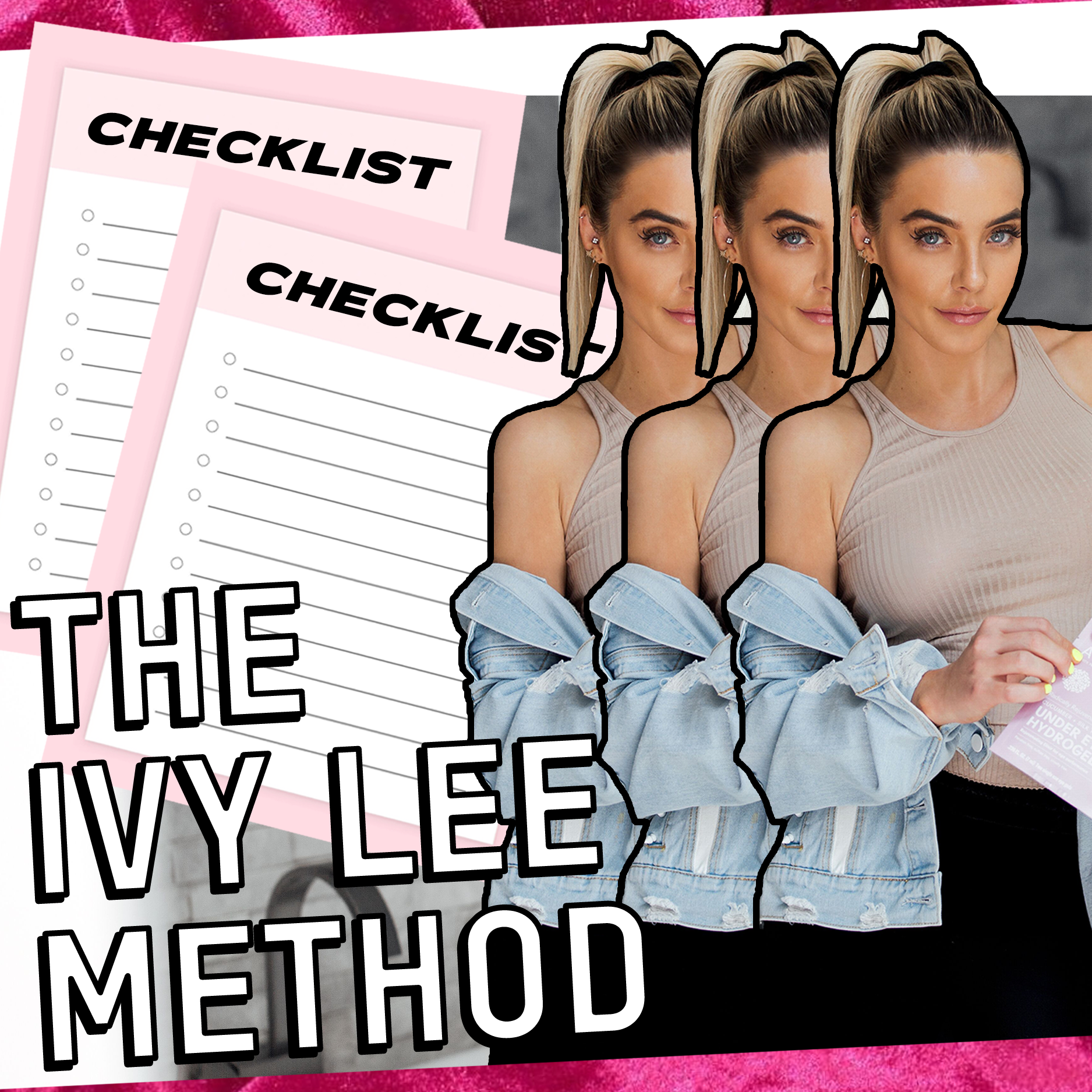 THIS is a method that I’ve kinda been doing for as long as I can remember. I feel like it’s really helped me grow my business, & it’s also helped me turn my house into a home, helped with wedding planning & even helped aspects of my personal life.

The other day I posted my morning routine on Instagram Stories ( it’s in highlights ) & lot of you guys were intrigued with The Ivy Lee Method.

You should know that this method is one you’re supposed to do at night ( Michael does it at night so he can sleep on it ), but I do it in the morning. Either way works, it just depends on what type of person you are. Michael is a super early riser so that works better for him.

By 1918, Charles M. Schwab was one of the richest men in the world.

Schwab was the president of the Bethlehem Steel Corporation, the largest shipbuilder and the second-largest steel producer in America at the time. The famous inventor Thomas Edison once referred to Schwab as the “master hustler.” He was constantly seeking an edge over the competition.

One day in 1918, in his quest to increase the efficiency of his team and discover better ways to get things done, Schwab arranged a meeting with a highly-respected productivity consultant named Ivy Lee.

Lee was a successful businessman in his own right and is widely remembered as a pioneer in the field of public relations. As the story goes, Schwab brought Lee into his office and said, “Show me a way to get more things done.”

“Give me 15 minutes with each of your executives,” Lee replied.

“How much will it cost me,” Schwab asked.

“Nothing,” Lee said. “Unless it works. After three months, you can send me a check for whatever you feel it’s worth to you.”

During his 15 minutes with each executive, Ivy Lee explained his simple daily routine for achieving peak productivity:

The strategy sounded simple, but Schwab and his executive team at Bethlehem Steel gave it a try. After three months, Schwab was so delighted with the progress his company had made that he called Lee into his office and wrote him a check for $25,000.

The benefit of The Ivy Lee Method is kind of like time-blocking. You focus on one task ( if you haven’t tried time-blocking, get on board ), & it allows you to focus on your priorities so you don’t get caught up in the riff raff.

I write down my 6 tasks in this notebook & you know I’m writing this out with my favorite pen in the world. Anyways, these are other major benefits of The Ivy Lee Method:

♡ It’s simple, so it actually works. All you need is paper & a pen.

♡ Makes you prioritize. 6 is the magic number here. Don’t overwhelm yourself with 20 tasks- only write down 6.

♡ Takes the guesswork out of ‘starting.’ How much time do you waste ‘thinking’ about what you should do first? When you have a prioritized list, it’s clearly laid out in front of you.

♡ It makes you SINGLE-TASK. You guys know I’m all about multitasking, but focussing energy on one thing at a time is also hugely important.

♡ It can encourage a healthier work-life balance. As an entrepreneur this can be really tricky so anything that helps is welcome to be honest.

To sum it up, this productivity hack helps with concentration, productivity, keeps you organized, & allows your brain to marinate on what you’ve done.

And if you don’t have the pen to go with it, you’re missing out on life. You have to get this pen, I’m telling you. It glides across your paper, it doesn’t catch, it’s smudge-proof, it’s white & it’s super cute.

Please let me know if you got value out of this post because this Charles Schwab thing has been life changing for me.

+ If you like the sound of this method, you’ll love The Morning Pages.

Get Your Hustle On

17 replies to “Productivity Hack…A Simple, Tiny Change That Will Make All The Difference In Your Day”