How To Date As a Lesbian For Newbies: Navigating The Girl Scene, Part 2
Skip to content 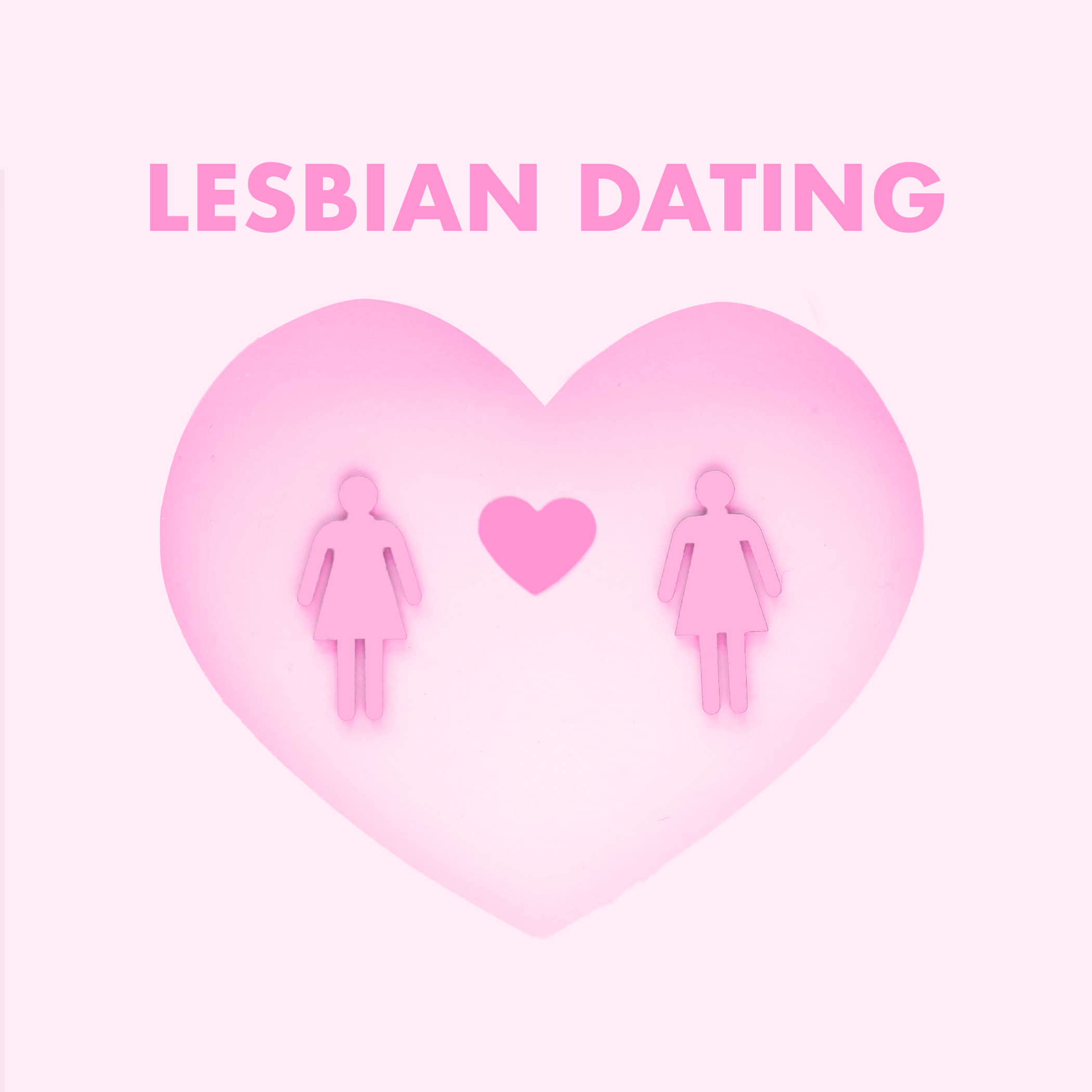 It’s Sunday again & that means we’re back with the 2nd post in Zara Barrie’s series all about navigating the girl scene.

If you missed Zara’s first post be sure to check it out here. If you’ve ever found yourself crushing on a girl, whether you’re heterosexual or not, this post is for you.

Since June is pride month we’ll be putting up part 3 of Zara’s series soon so stay tuned for that. She gets into everything you’ve ever wanted to know about lesbian sex. Meow!

Anyway, back to today’s topic: The Newbie’s Guide to Lesbian Dating.

In this post Zara shares all her tips for entering the girl-on-girl dating world. Think- why you need a wing-woman, how to pick the best date spot, & common mistakes newbies make.

If you haven’t met Zara before, be sure to check out this Q & A she did on The Skinny Confidential. She’s funny, smart, raw, real, honest & the most amazing writer.

Navigating The Girl Scene, Part 2: How To Date As a Lesbian For Newbies 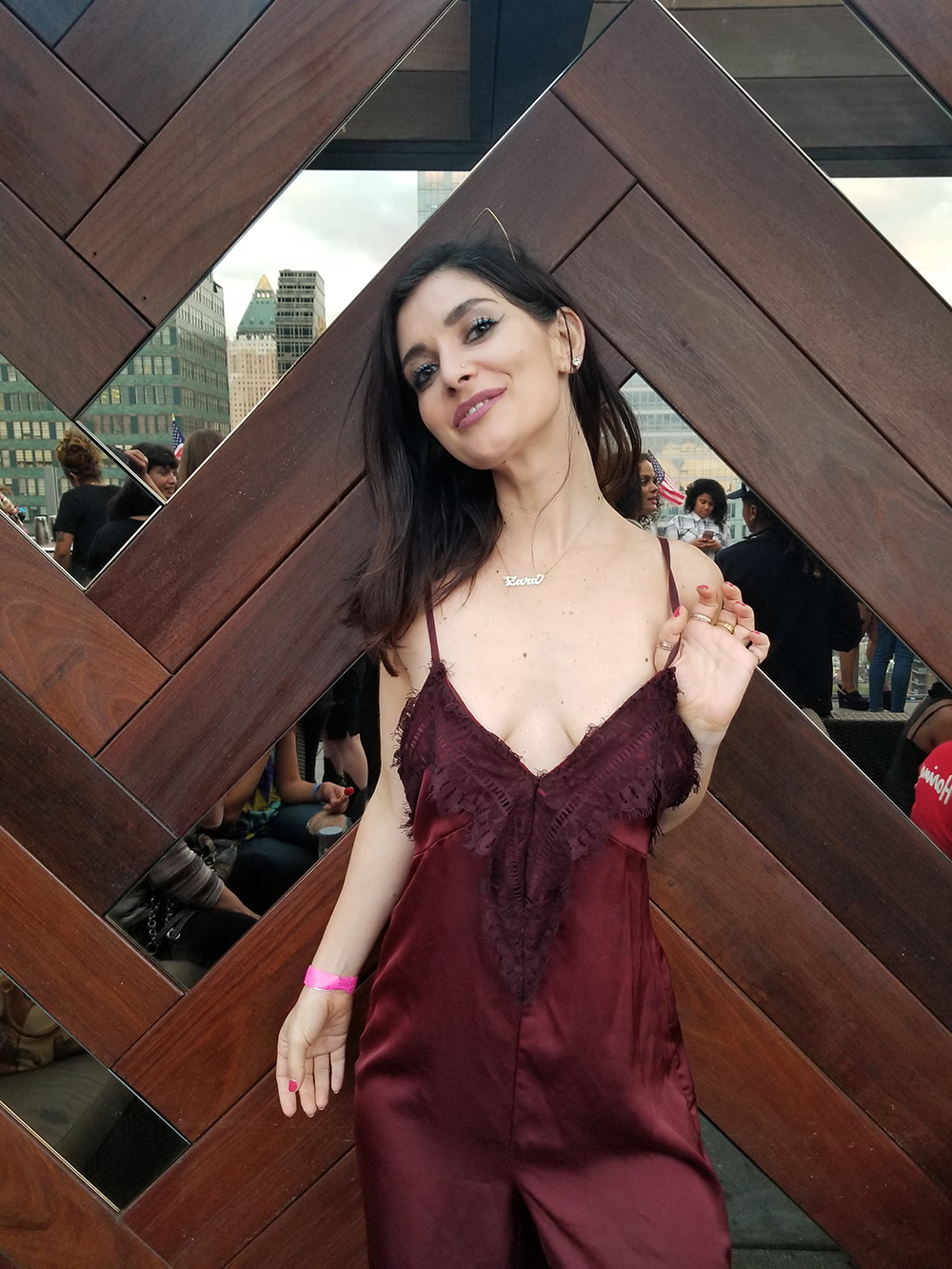 So it’s finally happened. You’ve realized that despite having dated every boy under the sun — ~you~ — are attracted to girls.

Maybe it’s a specific type of girl you’ve seen on TV but never in real life.

Or maybe you’ve fallen for several girls all at once.

I don’t care about the details right now — I’m too busy teeming with excitement for you. Because you know what? Sexual awakenings of any kind are fucking amazing & should be fiercely celebrated.

That being said — sexual awakenings are as confusing as they are exhilarating. When I first came tumblin’ out of the ole’ closet I was terrified. & not just about the wrath of the millions of homophobes littered across the globe.

I was equally petrified of navigating the utterly unfamiliar territory of the lesbian dating world.

I didn’t know where the hell to meet queer women.

And I didn’t know what to wear on a first date with a girl. I didn’t know how to even go about hitting on a girl, without seeming like a creepy serial killer. Not only that — I was intimidated. Wildly intimidated. The only lesbians I’d ever met in passing seemed so confident. So badass. Vixens in ripped jeans.

I didn’t have a cool short haircut; I had a bad spray tan & ratty hair extensions. And I felt like a lone Lindsay Lohan drowning in a sea of swaggy Samantha Ronsons.

Do you know that famous saying: “The only way out is through”?

That’s one of my all-time favorite mantras because it applies to everything in life, even dating. The only way I was able to get comfortable in the lesbian scene was to accept brutal discomfort for a while there. I had to dive into the girl pond, bruise my face against the rocks, flail around like a lunatic, sputter, drown, get my ratty weave caught in the seaweed. It was a rough swim, but eventually, I made it to the other side. The lady side. & I liked it over there in girl-on-girl world.

But oh how much time I would’ve saved if only there was someone out there to serve as my lesbian tour guide in those harrowing early days! While I’m a firm believer that making a fool out of yourself does wonders for the soul — there are some mortifying moments my already-weathered soul didn’t need.

This is why I’m honored to share with you some ~lesbian dating tips~ I’ve picked up along the way. Feel free to keep these in your pocket like a ~crystal~ — there to ground you whenever you feel like you don’t know what the hell you’re doing in this new world.

We’re lucky to have you. So erase those racing thoughts of imposter syndrome out of that pretty little head of yours, you hear? You’re welcome in the glittery world of queer, just as you are.

“Just because I’m attracted to girls doesn’t mean I have to ditch my straight friends, Zara.” I can hear you huff through my laptop screen. & while there’s no reason to neglect your straight friends ( unless they’re toxic ) — it’s imperative that you make yourself at least one queer friend.

Your heterosexual friends, while amazing & well-meaning, are never going to fully understand what it’s like to date the same gender. I detest when the masses insist “gay dating is the same as straight dating!” That is idealistic, woo-woo bullshit, to put it bluntly, darling.

You need someone in your life who gets it.

Someone you can decode complicated girl text messages with & wax poetic about swaggy girls with. Also, you’re going to find that wherever you live — whether it’s New York or LA or small town Florida — the queers all know one another. Once you make friends with one lesbian, you’re suddenly going to be given a key that opens the door to the entire Queer Girl Kingdom.

I didn’t know anyone when I first came stumbling into the lesbian dating scene until I met Leah. Leah & I met on a commercial set.

“My ex-girlfriend keeps texting me.” She murmured to me during a break. I swear to Tegan & Sara, I perked up like a MeerKat the second I heard the word “girlfriend” casually spill out of Leah’s lips.

I’m cripplingly shy but I went out on a limb: “Do you want to hang out sometime?” I asked timidly. “I just came out & I could use a friend.”

“Hell yes!” Leah practically sang — not because she was hitting on me — but because it’s an unspoken rule that all seasoned queers take newbies under their seasoned lesbian wings.

My life completely changed after I met Leah.

All of a sudden I knew where the girls were. I knew what bars they frequented, I was made privy to the slew of lesbian parties in my city & I made even more friends who played for my team. & before I knew it, I had a community. & regardless of your age or identity, if you’re going to date outside of straight — you need community. Not only will these people set you up on dates & serve as your wing-women at parties, they’ll become your family.

Even though the culture is much more accepting of LGBTQ+ entities than say fifteen years ago — there’s still so much vitriol out there. & while that’s a travesty — you’ll forge bonds within your new community that are fierce & unbreakable & holy & unconditional.

So get out there & get yourself a lez friend. Trust me when I say, you can’t do this alone.

Pay close attention because lesbians repeat this joke as often as they buy fair trade organic hemp water — a.k.a. every day. Here goes:

“What does a lesbian bring to a first date?” Wait for it…Wait for it… “A U-HAUL!”

This joke is hilarious to queer women because the “u-hauling” phenomenon is bitingly true. We have a nasty little habit of falling in love after one brilliant date, shacking it up immediately, co-adopting a couple of stray cats the following weekend — only to wake up six months later realizing that we’ve made a colossal mistake & now are trapped in a lease with a woman we hardly know, let alone love. I’ve done it ( twice ). All my friends have done it ( at least twice ). My enemies too ( several times ).

Do you know who the most vulnerable creatures to the “u-hauling” epidemic are? Newbies — like you, babe. It makes sense!

When you go on your first fabulous date with a woman & you’re connecting on this whole deep level that you were never able to reach with men & you’re sharing vulnerable secrets & having stimulating conversations & then go back to her place to have sex & she like actually knows what the hell she’s doing down there & you explode into orgasmic bliss oh it feels so new & shiny & exciting — it must be love. Swoon.

Just don’t get ahead of yourself.

Especially if you’re having sex. See, when women have orgasms they release a hormone called “oxytocin.” Oxytocin — otherwise known as “the love hormone” makes us feel a rush of affection toward the partner who pleased us so. It makes us want to nurture & snuggle them. So when two women are in the throes of an oxytocin rainstorm — they’re fully intoxicated. High off the orgasm. Under the influence of a powerful neurotransmitter. & one should never drive a car whilst under the influence, let alone a dangerous U-Haul.

This may seem premature to discuss at this stage in the game, but I would be an irresponsible lesbian big sister if I didn’t warn you of the potential danger lurking in the distance.

So when you find yourself hypnotized by your first girl — I need you to relax. You’re not thinking straight. You’re thinking lesbian. & us lezzies — we are fucking crazy. We’re fucking hot. But we’re bat sh*t. Don’t let anyone tell you otherwise.

( Especially another crazy queer girl hopped up on a dangerous dose of oxytocin. )

♡ TIP 4. If you’re choosing the date spot, be mindful.

The first time I took the reins & picked a first date spot, I chose what I thought was a cozy little pub in Manhattan’s East Village. I’d never been there, but I’d heard it was cute & there was a fireplace, so what could possibly go wrong?

I should’ve known when I stepped onto the sweaty bar floor & heard Frat Boys pounding their chests whilst hedonistically screaming at a blaring TV — that maybe this wasn’t the best spot for a lesbian date. But I’m not one to give in, so I dutifully settled into the back corner of the bar & waited for my date.

By the time she arrived, I’d been aggressively hit on at least ten times — but I wasn’t phased. I mean, no one would dare talk to us once they realized we were on a romantic date, right? WRONG.

Look, it’s not right & it’s not fair, but it’s reality. Two women together drive a lot of hetero guys wild. Which is fine. We are sexy. But what’s not fine is when getting harassed & fetishized when you’re just trying to get to know your date.

Lucky for you, you can avoid this rookie move by vetting your date spot beforehand.

You’re usually safe at a woman-owned & operated eatery. Or anywhere with a butch lesbian bartender who runs a tight ship & doesn’t allow grown men to behave like teenage boys when she’s in charge ( I just love a Daddy lesbian ).

When in doubt, seek out a vegan restaurant. Or better yet: A lesbian bar. Purr! You’re ~always~ safe at the lesbian bar. 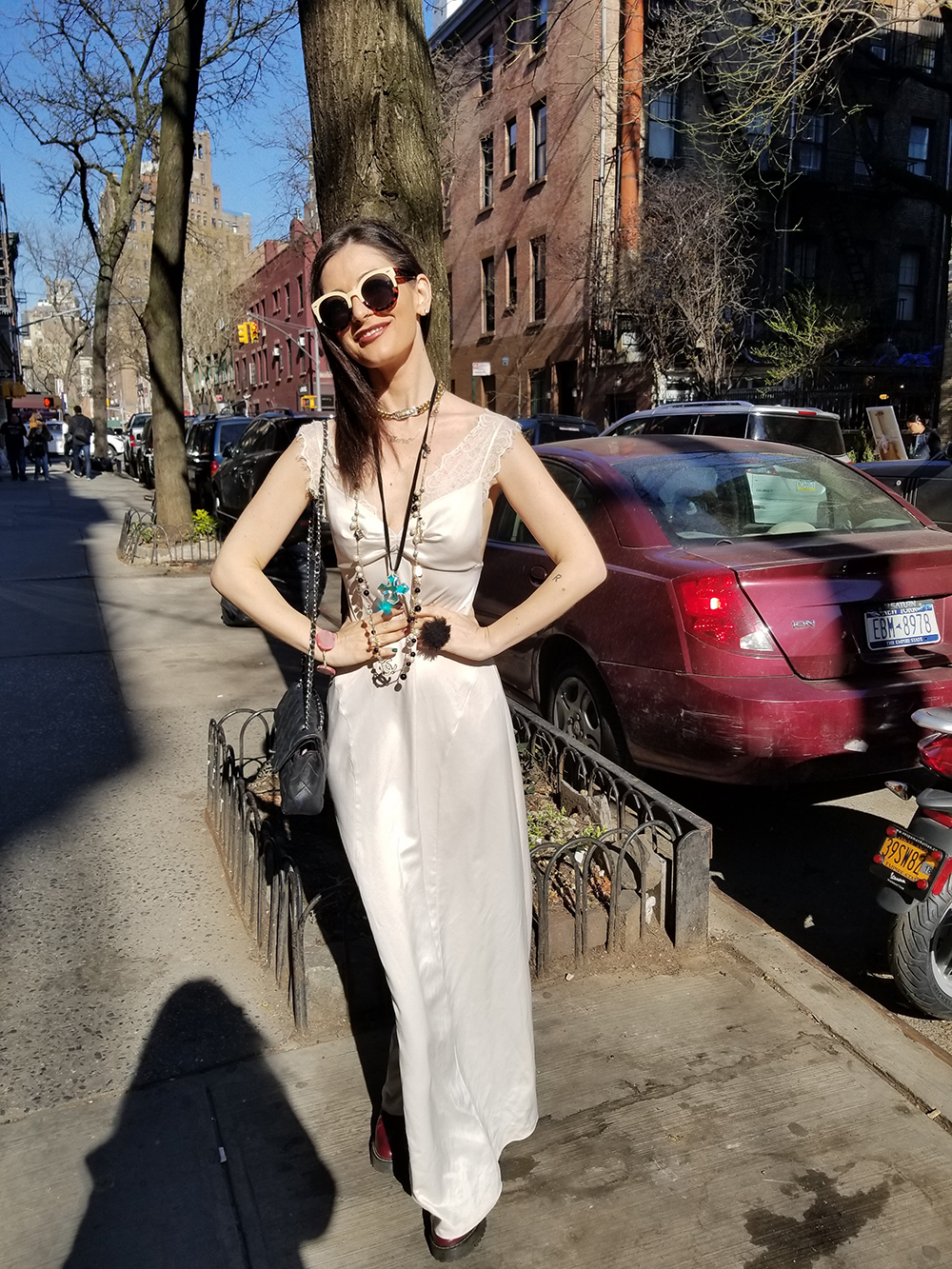 This is the most sacred tip of all: BE REAL. BE YOU.

Women are born with an intrinsic bullshit radar, so you can’t fool them like you can fool ~other~ members of society ( COUGH, COUGH, straight men, COUGH ). Even though the queer dating world is super different — that doesn’t mean you have to change yourself. On the contrary, I would take this sparkly, new phase of your life as an opportunity to become even more yourself. After all, you’re in a rebirth of sorts!

& don’t feel like you need to hide your past or act like you’re more experienced than you are. Because guess what? There’s no need to hide anymore. This queer culture is about being out. Out at bars. Out about our mistakes. And out about the past. Out about who we want to press up against the wall & kiss…

Speaking of kissing — we haven’t even gotten into the nitty-gritty of sex! But babe. Don’t worry. We’ll get there in the next post, sex is my specialty above anything else.

In the meantime, DM me if you have any questions. Your lez big sis is always here for you.

In the meantime, be sure to follow @zarabarrie & scope her other posts on The Skinny Confidential:

♡ Self medicating the pain

♡ Looking the pain in the eye

+ get to know Zara here.

++ tips for going down on her like a pro.