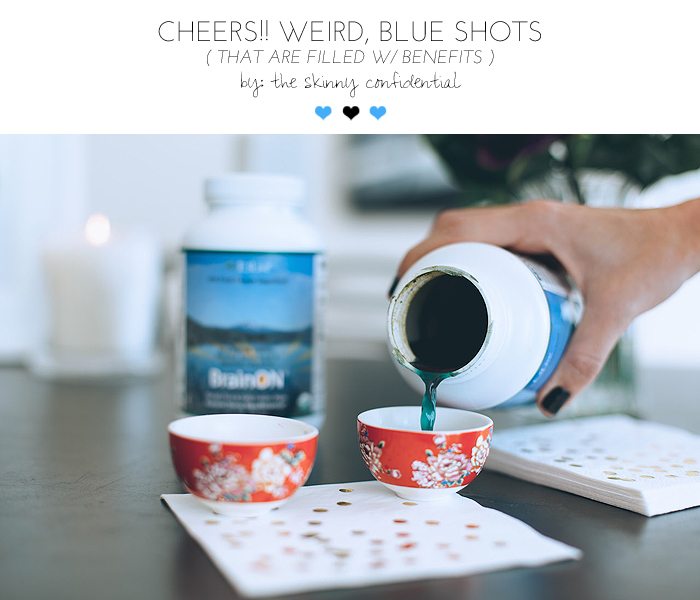 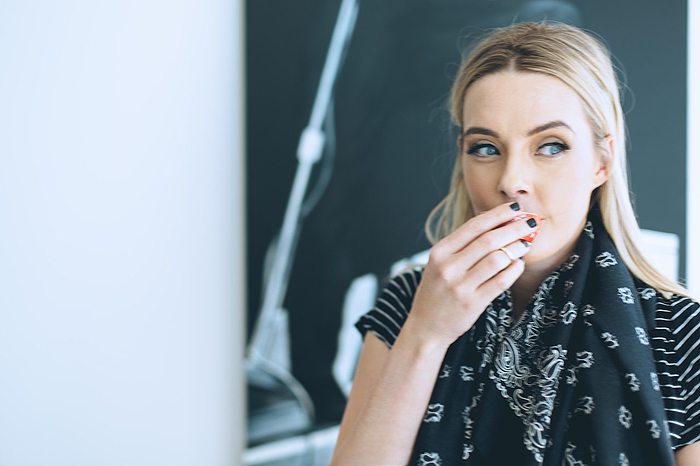 Ok so Snapchat has been really interesting because I’ve been able to really, really ‘talk’ to you guys one on one.

Which is super cool because it feels more personal.

Ok so, sometimes I ‘snap’ weird shit throughout my daily routine & I’ll get a question & I’ll think ‘OMG I should do a blog post on this!’

Hence this post— one of the main questions is: what’s the weird blue stuff you drink every day?

Honestly I don’t know why I haven’t done a post on this sooner? But before I begin let me preface: this is not sponsored. I just love this stuff. Really. It’s the shit. 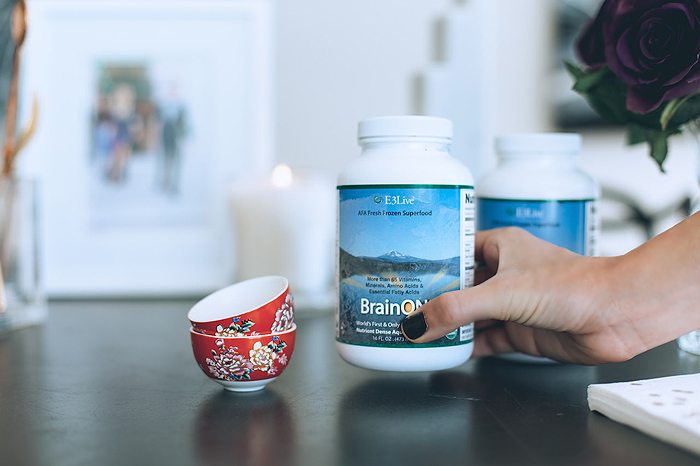 Firstly e3 Live is a SUPERFOOD, SUPER POWER algae liquid ( I take it in a shot glass, no really, I do— I shoot it like college vodka days ) that’s filled with everything wellness. Oh, & it’s best served frozen. I grab it from the freezer every morning I wake up, let it defrost for a few hours, & then enjoy 2 shots throughout the day. Then I throw it back in the freezer. Easy, quick, love it.

To get all scientific on you: “E3 Live is 100% Aphanizomenon flos-aquae (AFA), a naturally occuring extract, blue-green algae—a certified concentrated organic wild-harvested Nutrient Dense AquaBotanical considered by renowned health authorities to be nature’s most beneficial superfood. A dry BrainOn is a concentrated extract of phenylethylamine and Phycocyanin.  Physiologically, E3Live may help support healthy overall body/mind balance in numerous ways.  It also support a positive mood. It helps regulate stress by modulating the release of neurotransmitters. Its field of action simultaneously includes optimal cognitive function, immune, endocrine, nervous, gastro-intestinal and cardio-vascular systems. Nutritionally, E3Live provides 65 vitamins, minerals, amino acids and essential fatty acids  It is the most nutrient dense food known to mankind and a rich source of chlorophyll.”

More info? Here: “As stated by the largest and most extensive study on harvested AFA , blue green algae AFA and research suggests it has been proven to increase immune cell migration– the process which gets them where they are needed. One particular double blind human study revealed that within two hours of eating blue green algae AFA, 40% of the circulating natural killer cells were triggered to move from the blood to the tissues. Natural killer cells are especially known for finding virally infected cells, including cancer cells, and killing them. NO OTHER NATURAL SUBSTANCE is known to trigger such a movement of NK cells in the body. Further research MAY prove that eating a small amount of blue green algae AFA every day could assist in the prevention of cancer and viral infections.”

Initially I started drinking my E3 Live shots for my jaw surgery swelling. It’s really helped to reduce inflammation ( more on that whole fun time here ). And then after taking the liquid for 5 months every day for swelling, I became hooked.

E3 Live Benefits: BECAUSE it wouldn’t be TSC if I didn’t discuss benefits* of e3 live: 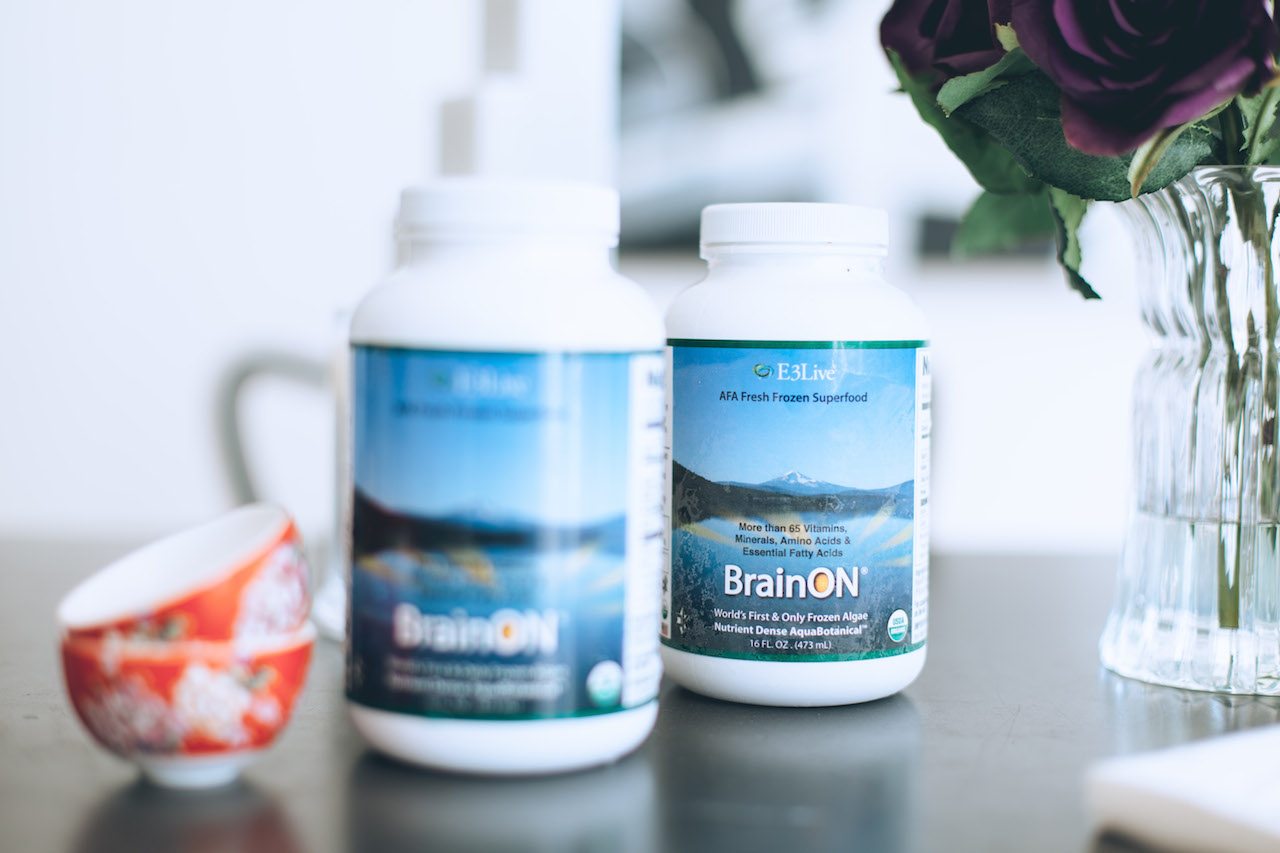 What Does E3 Live Taste Like? YESSSS PLEASE, THX.

BY THE WAY, the taste is not the best. Like, don’t expect it to taste like chocolate or a pineapple-ish, berry flavored taste. This isn’t Skittles in a drink, guys. To be honest, it takes some getting used to. I really don’t mind the taste of e3 live ( I feel like I’m used to weird tastes ) but Michael had some trouble getting his first shot down.

I told him to sack up.

& now he’s obsessed & asks for his daily E3 Live shot. He thinks he told me about it. STORY OF MY LIFE.

To prepare yourself, I would revert to early college days. Grab a chaser, literally though. Get a chaser of pineapple juice, take your E3Live shot, plug your nose, & sack up.

If you are having trouble with the taste, you can mix it with chocolate.  Chocolate is a naturally healthy food –  try this recipe.

As always, I encourage each of you to do your own research. The Skinny Confidential is all about sharing what’s worked for me & for other women around the world. I believe everyone should take time to really find out what works for them before trying ANYTHING! For me though, E3 Live/algae shots are working.

Are there any other random things you guys want to see on the blog? Tell, tell.

Ok, I’m off to unpack, listen to meditation music, & read.

+ note: this kind can be found here BUT a ton of smoothie bars carry it too— I can’t believe how many smoothie/juice joints have recently started using it.

++ learn more about some of my favorite health habits: HERE 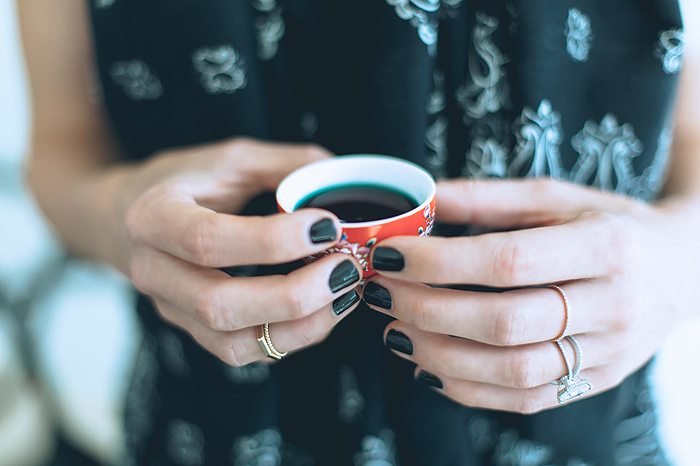