Mini DeLites: Hong Kong Is On Point
Skip to content 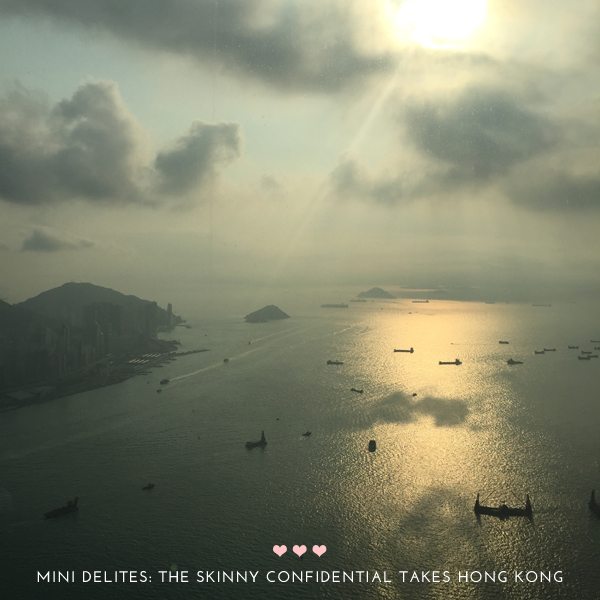 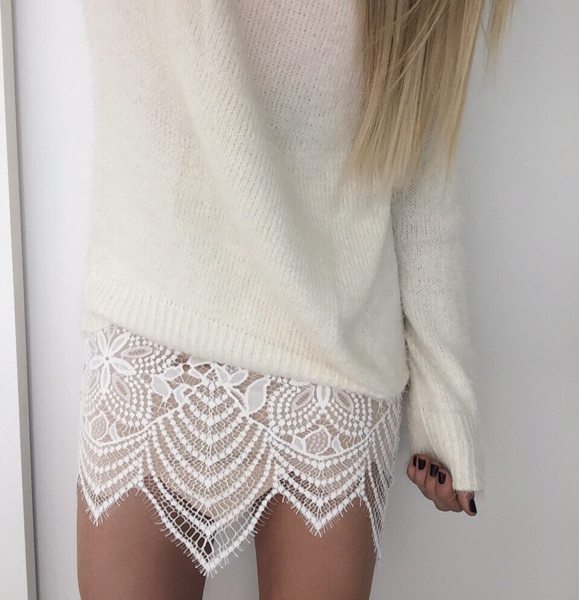 It’s a big city with a lot of hustle & bustle AND LOTS, AND I MEAN LOTS OF SHOPPING. Honestly guys, if I lived there I’d go broke. I’ve never seen so much shopping. Seriously everywhere we turned there was a huge-ass designer store or a cute boutique filled with pretty trinkets…almost to the point of too much shopping ( shit, I never thought I’d say those words…HA!! ). I bought this tiny Chinese coin holder ( which I’ll keep my herbs in, LOL ), some slip-on white shoes ( weird, I know, me? White shoes? ), and a little, black cross body bag ( it’s like a tiny, nano sized bag that crosses across the bod— perfect for holding a passport ).

Basically I wanted to buy all of Hong Kong because they have all the newest trends & their shopping is just on point in every aspect.

BUT there is SO much more to the city than just the shopping. 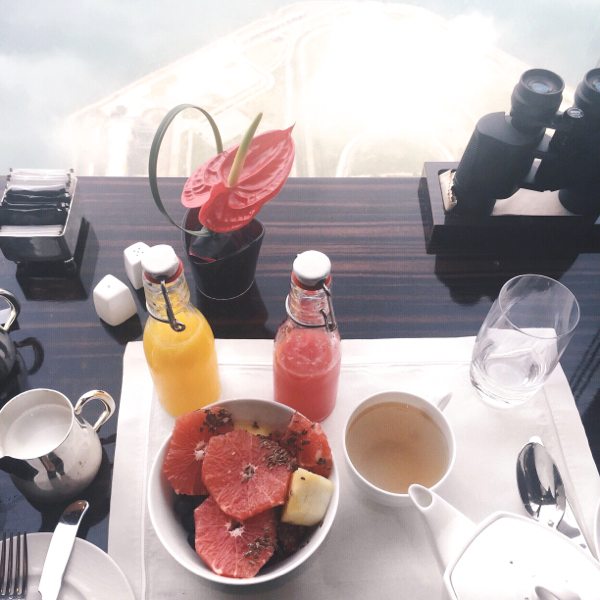 Tea time was HUGE for me in Hong Kong. We discussed this yesterday so I’ll let ya check out that post if you’re interested. I seriously turned into a cup of mint tea, I loved it that much.

Another really fun adventure was hiking The Peak. The Peak is this BEAUTIFUL, lush, green-y spot that overlooks the city. You can see the whole spectacular city if you hike to a certain spot. The Peak is magical in every way. Michael and I kind of, sort of hiked farther than we were supposed to…whoops. After The Peak we went to this super tourist-y restaurant called, wait for it, The Peak Lookout! Again, the restaurant was a view of the entire city. Gorge. After our healthy hike we enjoyed spicy pasta & chilled rosé aka summer water.

A real gem of a restaurant in Hong Kong was recommended to me by my friend, Annie. She’s been to Asia & RAVED about a specific restaurant- she told us we “HAD TO GO TO SEVVA.” Sevva is pretty much like heaven. Here’s how Sevva went down: we walk in & music is immediately on point ( first thing I look ( or listen ) for in a restaurant— if the music is off, the energy is off ). After we got seated under flowers that were hanging from the ceiling ( literally fresh flower covering the ceiling ), I ordered CHICKEN BONE BROTH WITH WHISKEY.

First of all, CHICKEN BONE BROTH rocks my life & with whiskey in it? Medicinal benefits x 3237925!! Shortly after we were served fresh cucumber cocktails, avocado/lemongrass ( lemongrass is everything this trip ) salads, & amazing cuts of grilled fish with truffle. And for the record, the atmosphere at Sevva was cool. Not like hipster, too cool for school, but just COOL. After dinner, the outside of the building lit up while a rad band played. Fun times. ( The chicken bone broth with whiskey though? That was the coolest. ). 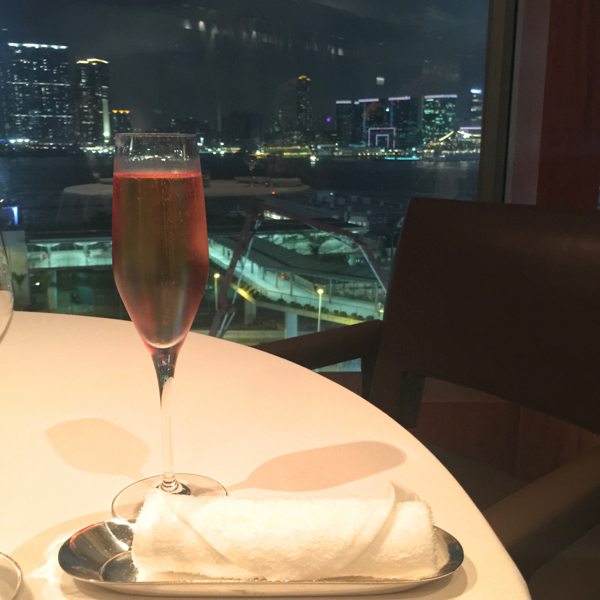 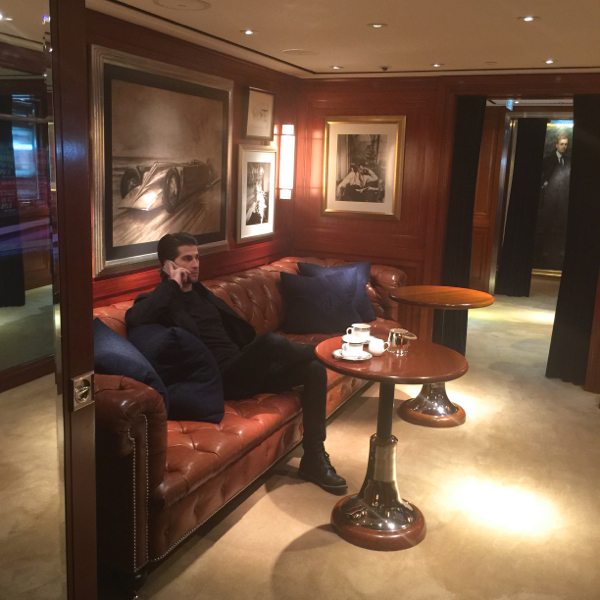 Another different restaurant was Sushi Shikone. These master sushi chefs whip up the most raw, delectable fresh sushi while you watch inches away. The wasabi is the freshest I’ve had & their raw tuna was better than sex.

Here’s the thing though: it’s like seventeen courses. I cannot eat if I’m full. I just can’t. The feeling of an over stuffed stomach makes me cringe. I don’t like it. I eat until I’m 90% full & then I stop.

Quick story: Michael is very polite. He will sit there & smile & stuff his face even if he’s full. He’s also very disciplined. Me? Not so much, when I’m full, I’m full. So there we were on our 6th ( or was it 8th? ) course and I said to him “babe I’m full, I can’t eat anymore.”

Guys, you would have thought I told him our relationship was over. He was seriously embarrassed. So instead of letting me just tell the chef I was full, HE ATE MY PORTION TOO. I was dying. Basically he was stuffing his face full of urchin ( which definitely isn’t his favorite ). He looked like he was going to explode while I sipped my green tea. Sorry babe! 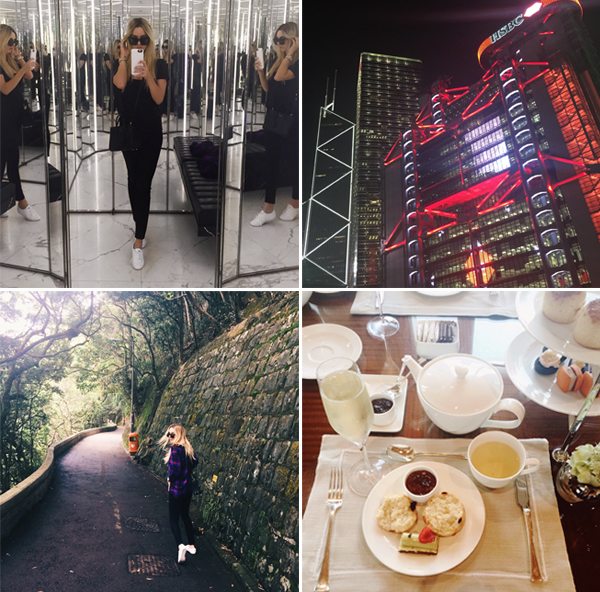 Another insane experience in Hong Kong: we had lymphatic drainage massages. THISSSSSSS…is a whole, big-ass post. I promise I’ll share details this week.

Ok, so the service in Hong Kong in general, is incredible. I’ve never seen anything like it in my life. Every detail is well prepared, thought out, & special. The people are all so accommodating.

Other highlights: our cab driver fell asleep while taking us to The Peak ( I woke him up by fake coughing ), we found an amazing craft cocktail bar in Soho called Quinary ( a must try! ), dim sum is everything ( YUM ), daily fresh watermelon juice, skin care ( I found this serum which I’ll talk more about that is like vitamins for the skin!! ), Ralph Lauren’s underground coffee shop ( see Michael pic ), & the people ( …the people are just really, really great— we even made a few friends : ) ).

I’ve been snip snapping away on Snapchat so find snippets of my travels under the username: laurynevarts. 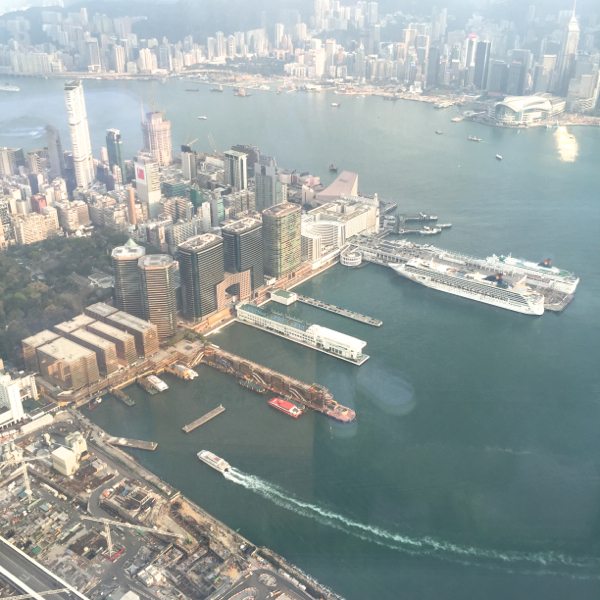 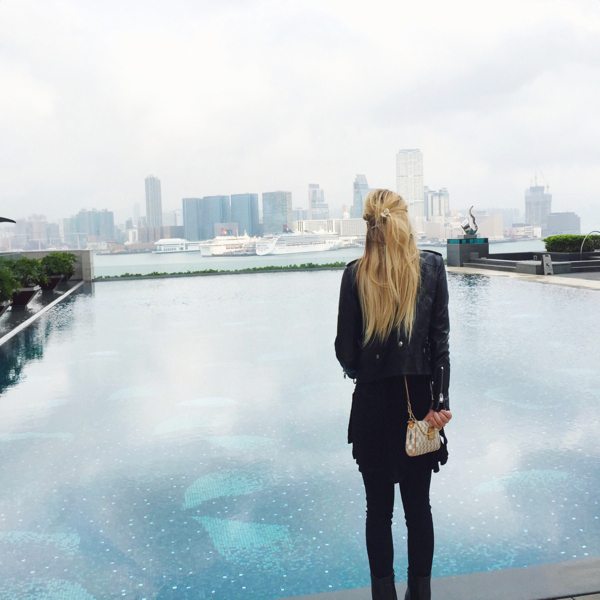 22 replies to “Mini DeLites: Hong Kong Is On Point”