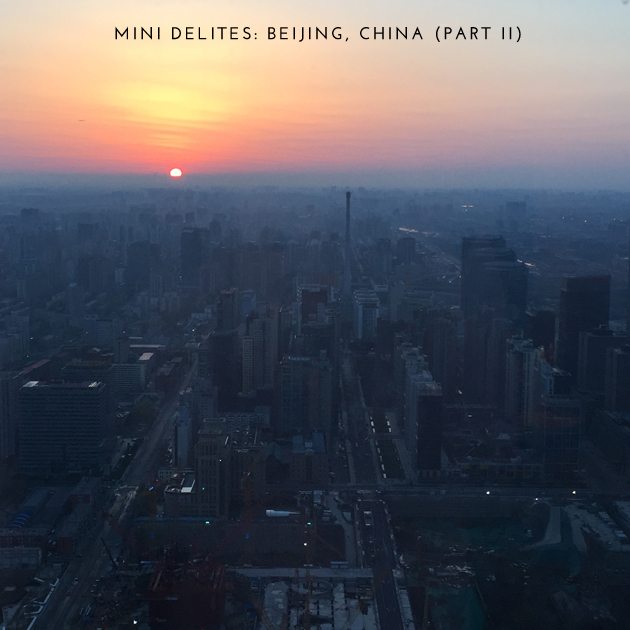 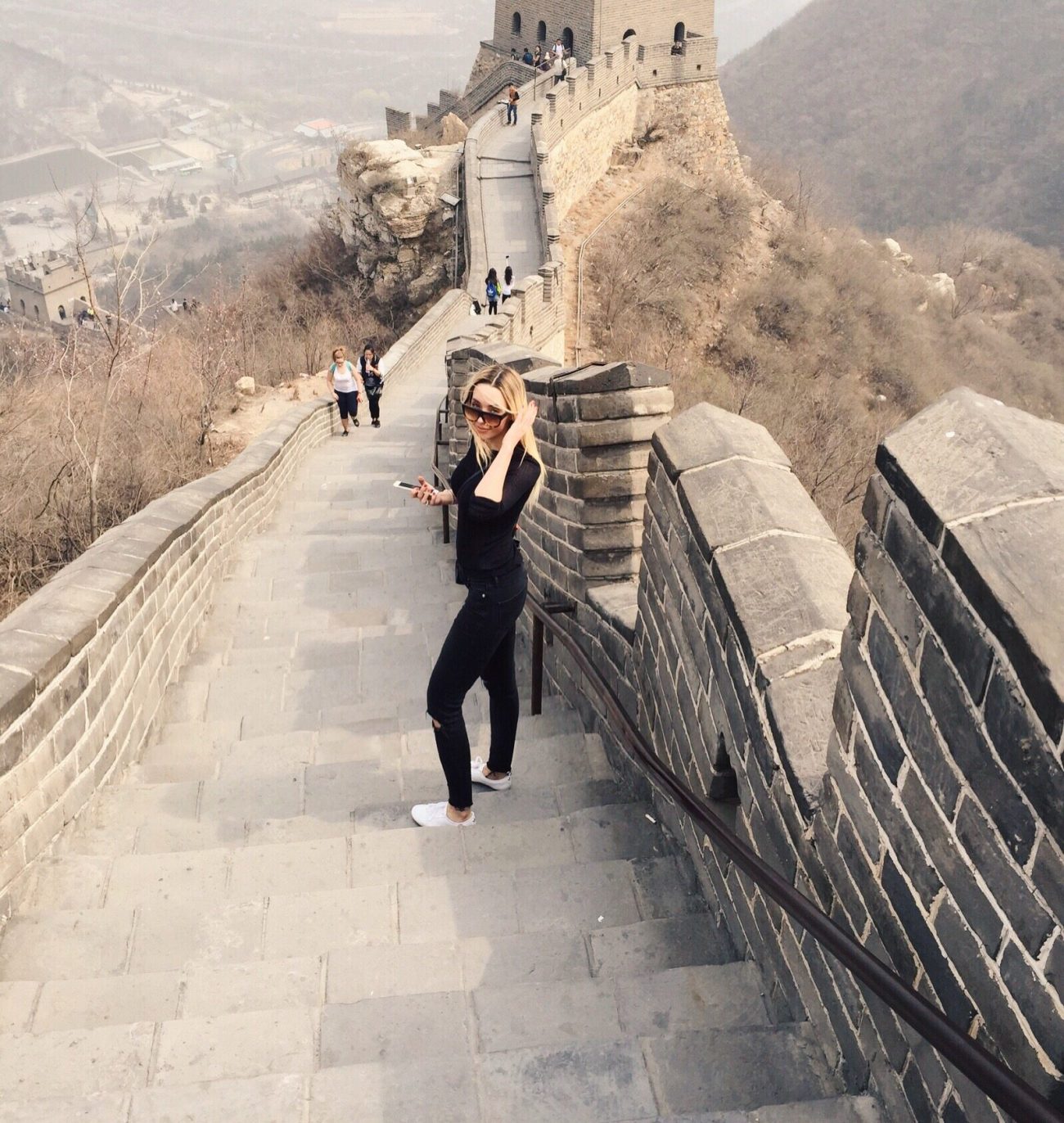 So I recapped part one but now it’s time for part two!

Picking up from where we left off: we have a friend in China who’s an amazing producer, Zhang Jizhong ( he’s also going to be the voice of the panda in Kung Fu Panda!! ) so we met up with him twice while we were in Beijing. He was kind enough to show us around.

The first time we met up we indulged in hot pot. The second night? He took us to a hotel mansion ( if you follow me on Snapchat, you already know this! ) called J.E. Mansion. This particular spot was INSANE. It was definitely the most beautiful house I’ve ever been in. Everything was so grand. There was a spot to get married in the most traditional Chinese way possible, real life/huge sand gardens, king & queen quarters, & the most beautiful eating quarters ( WAIT! I MUST be Chinese ).

Basically you feel like royalty ( uhm, I was not mad about this ).

Horribly lit picture, but you get the point: 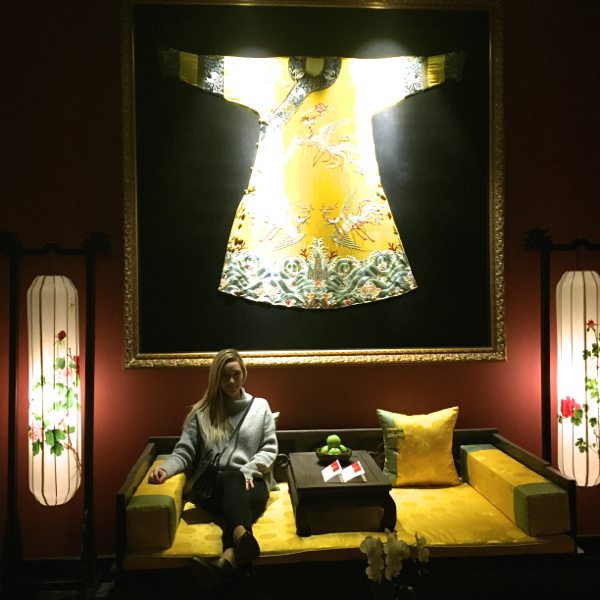 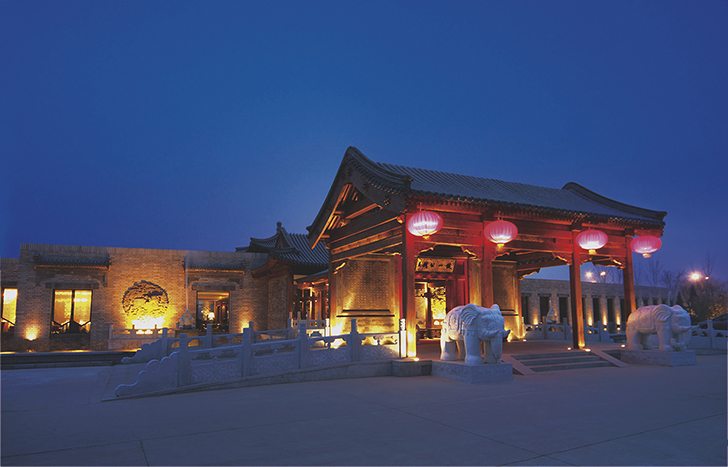 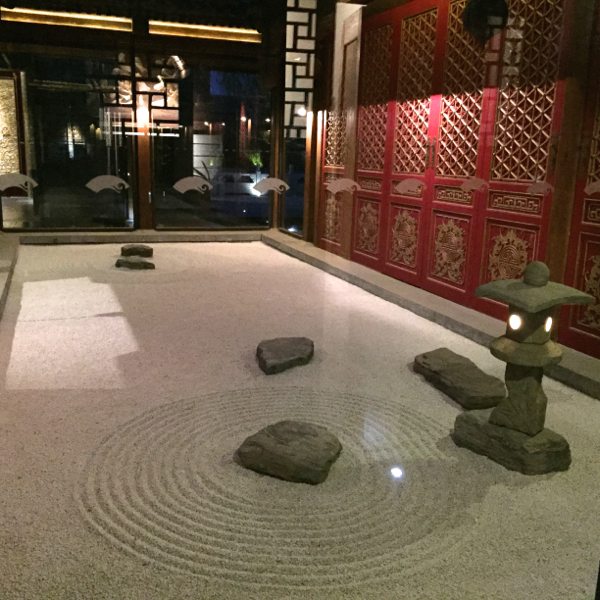 We all sat around a huge table that spun around ( << classic Chinese centerpiece ) with food. We enjoyed Chinese beer ( & a little red wine ) with real deal Chinese food. And I could totally get used to eating off a huge-ass Lazy Susan ( HA! ). Zhang really gave us a real Chinese experience.

It’s safe to say that my dream of being a Chinese royal has been slightly fulfilled. Too bad I can’t live there & make Michael feed me organic grapes.

The next day & our last day I had a meeting with Vogue China about collaborating & bringing TSC over to China in some capacity ( fingers crossed!! ). Vogue China is fab & is everything you’d imagine Vogue in China to look like. 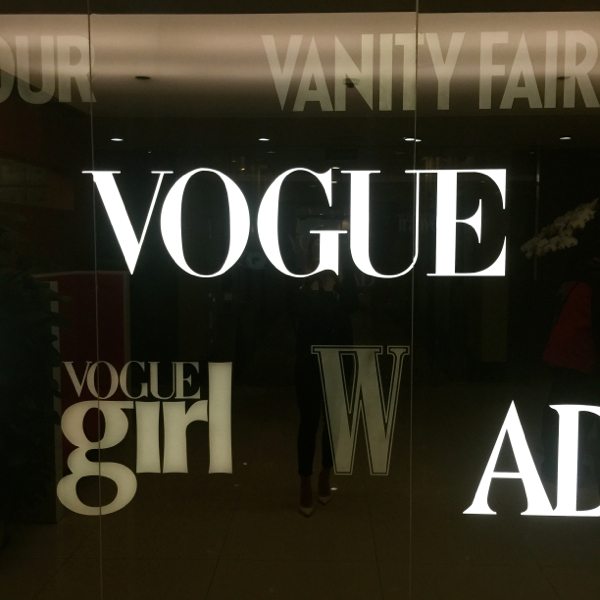 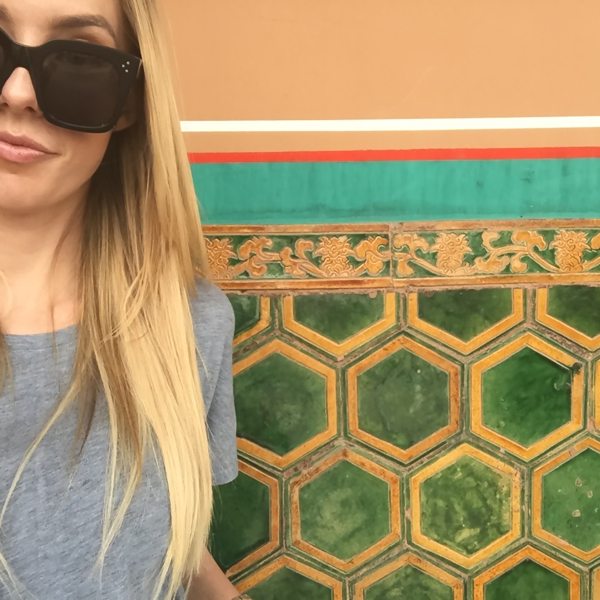 For our last night we went to this charming little restaurant in the heart of Beijing ( by the way, Michael’s itineraries don’t F around…they’re basically as serious as a heart attack. He plans for months & studies each location to avoid the overly touristy spots ). This restaurant served spicy nuts upon arrival— a solid detail that really just sets the tone for the whole experience. We were escorted to our table for a night of delicious food & they served us a bottle of wine from Napa! I got the salmon with veggies & Michael ordered a table-side steak. They took our picture & for dessert brought over a little cake that says ‘BEIJING WILL MISS YOU!’ Cute, right? 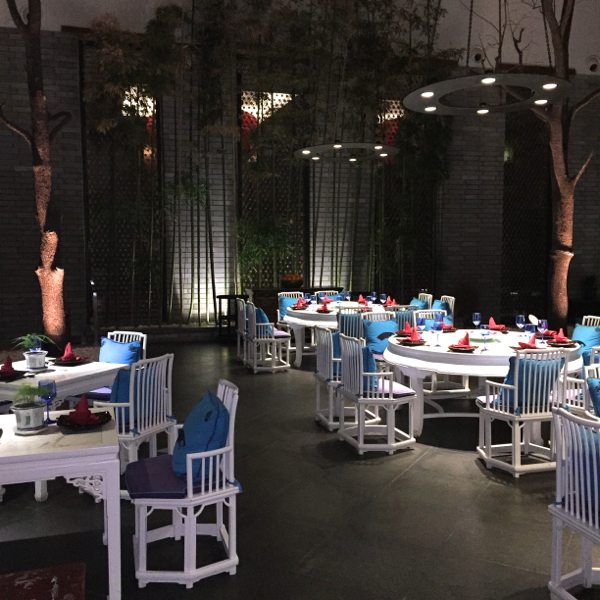 ( To be honest though: the food in Beijing was my least favorite. Thailand was definitely my FAV of life. Hong Kong was a close runner-up. There was a lot of food in Beijing that didn’t sit well with my stomach ( I’m not particularly psycho excited for peking duck, diverse cuts of meat, &/or animal feet of any kind ).)

The next morning we woke up at 5 am, slightly hungover, & headed to the airport. We had a layover in Tokyo, Japan ( Japan looks so damn cool, I’m dying to travel there next ). During the layover we ate Japanese noodles that were seriously orgasmic. YAY FOR CARBSSSS! Good thing carbs don’t count in Japan…#iwish.

Oh, & if you’re wondering, I worked out while I was on vacation. I did some yoga & TSC Bombshell Body Guide 3 times a week. Also we walked everywhere which was so fab that I’ve been determined to walk everywhere in LA & San Diego now. Walking is SO good for you & it’s accessible but I feel like a lot of people forget to walk. You get it!

Anyway, Beijing was fun but the feeling of coming home to my puppies? AMAZING. I missed them SO much while we were gone— I literally haven’t stopped spooning them since. In fact!! I think it’s time to go smother them with love now. 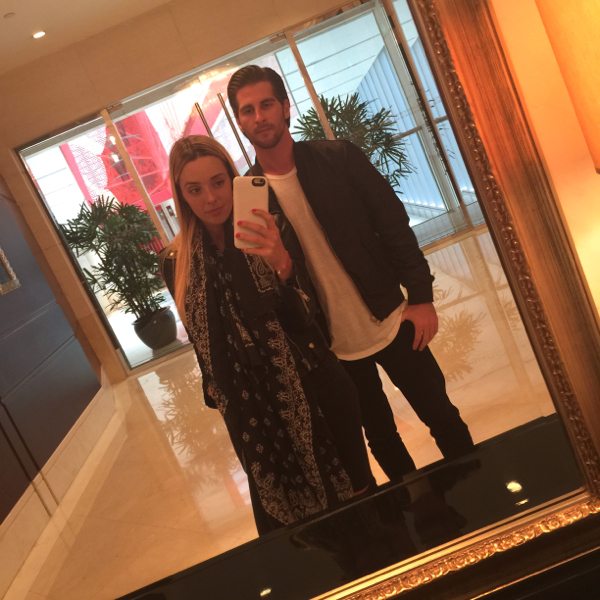