So This Is Love, La, La, La…& All That Mushy-Gushy Crap – The Skinny Confidential
Skip to content 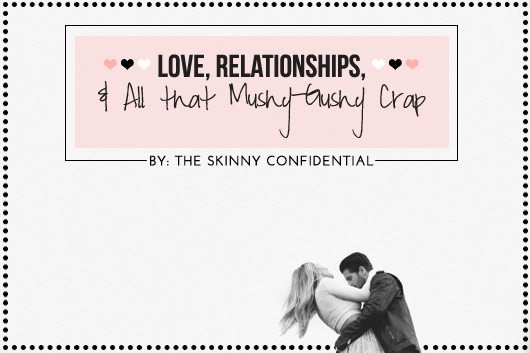 A lot of you guys have e-mailed me about relationship advice…& to be honest, it’s tough to go ‘there’ because everyone’s different. Especially when it comes to relationships.

Maybe you’re perfectly single or in a relationship where it’s all butterflies & rainbows or dating a jealous/insecure douche or maybe you’re even happily married. I guess whatever your relationship status stands, advice on the topic varies from person to person.

If I had to give one general tip though?

Whelp, first off let me preface the advice: obviously I can be…opinionated.

I mean, HA! Shocker, right? If you guys read TSC, you know this…no surprise there.

On that note, I’ll share my opinion which is simple: DON’T SETTLE.

Michael encourages my best self. He challenges me ( which can be pretty annoying sometimes ) & supports my passions. He holds my door open & in general, makes me feel special. He likes to lay in bed while watching “Orange is the New Black” with Pixy & me on a Friday night. His integrity is inspiring & his wit makes me laugh. These qualities are very, very important to me.

Those qualities may not be important to you.

In fact, maybe they’re boring to you.

And that’s ok because we’re all different humans, but whatever those important relationship qualities are, make sure you stick to your damn guns. Like I said, don’t settle for less & don’t compromise especially if it’s an unhealthy situation.

Maybe you want a guy ( or girl— (Guys: listen up, this is for you too) ) who has impeccable manners, knows how to cook a mean steak, likes to party hardy and dance to house music, or is super affectionate/touchy-feely.

WTF it is that floats your boat, don’t stop until you find the person who keeps you inspired.

There’s a funny-ass quote that says, “I’m very easily satisfied, I’m always content with the best.” Basically, it’s my mantra in relationships. If you’re not in a relationship that’s the BEST for YOU, then get out.

Like ‘N Sync said “bye bye bye.” But seriously, buh-byeeeeee! If a guy/girl sucks AKA they’re negative/mean/rude/cruel/abusive/ignorant, don’t put up with it. At the end of the day by staying with that person, you’re technically enabling bad behavior.

Also, by the way— I’ve been there. I’ve definitely been with guys who were less than stellar. Trust me. One was angry every second of everyday ( yawn, bye ) & another one was a total mooch/user ( there’s been others too ). Pretty much, I made a very conscious decision to leave each relationship because those qualities didn’t fly with me. Besides settling in those unhealthy relationships wouldn’t have worked ultimately.

Point: simply don’t settle for anything less than you believe you deserve. At the end of the day, your partner is a reflection of YOU. They’re on YOUR team. And you’re on THEIR team.

P.S. I know a lot of you are happily married ( congrats! ) & I’d to know: what makes your marriage unique? And a step further: what advice can you recommend to single girls or to someone in a negative relationship? 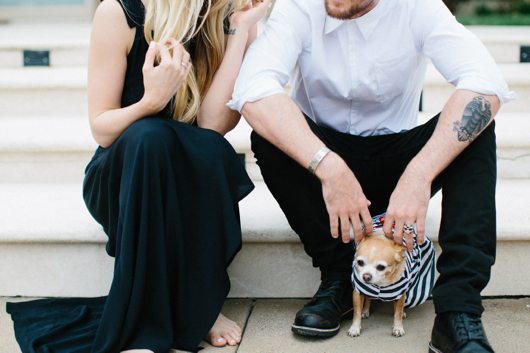