How To Deal With: Critics, SOURPUSSES, Trolls
Skip to content 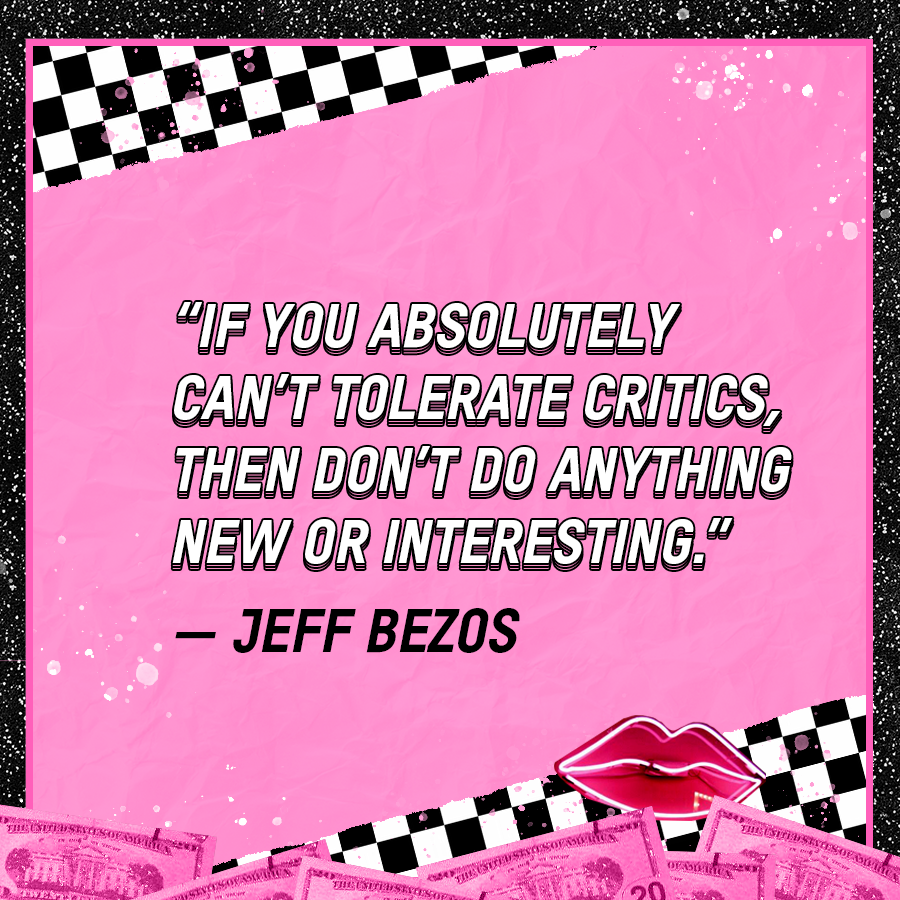 We’ve all experienced them.

Whether it was in high school where they keyed your car ( this happened to me! TRUE STORY ) or a rude social media comment left on a hot Instagram, we’ve seen them.

They’re out there & they’re on the loose. Like you can’t avoid them you know? They seem to be doing their trolling from fake accounts a lot. Sometimes it’s a comment that is so out of line it’s truly unbelievable. AND SOMETIMES, sometimes it’s even to your face in real life. I mean who hasn’t worked with an asshole- we’ve all been there.

Usually I give no energy to trolls because I feel like it’s wasting my “battery” of daily energy, but the other day I stumbled upon this quote & it very much resonated with me. So much so that I felt the need to share it with you.

You, who I am sure is out there, living life with someone who’s trolling you.

I should preface this post by saying that not all trolls are created equal. In fact, sometimes criticism is a good thing. There have been many times in which I have received constructive criticism & liked it. So much so that I called myself out & agreed with the person. This is not a troll. A troll is more like someone who is just criticizing to criticize.

We also need to discuss this tidbit: I believe if I am not being critiqued in some capacity I am not doing it right. It comes with the territory of putting yourself out there on a daily basis. It’s uncomfortable & scary & YES there will be critics but that’s part of life…& business. So whenever I have trolls, I sort of pat myself on the back. Because it’s like: GOOD. Good that I am putting myself out there to the point of criticism. Whenever I do anything new or interesting ( like the creator of Amazon, Jeff Bezos says ) I expect criticizers.

For instance, this weekend we flew to Reno to go to The Bunny Ranch to interview legal sex worker, Alice Little ( who by the way is incredibly well spoken, smart, witty, cool, & very well read ). Anyway, we set up in the Brothel & knew, I just knew, that there would be people who would have something negative to say. And that’s ok. I am going to continue to do me & evolve the platform- the brand isn’t going to be for everyone. I’m good with that.

So the moral of that story: if you’re doing something different, you should expect it too. It’s part of the game, you know.

Now that we got that out of the way, let’s do a little breakdown of how to deal with someone who’s being a critical asshole for no reason. 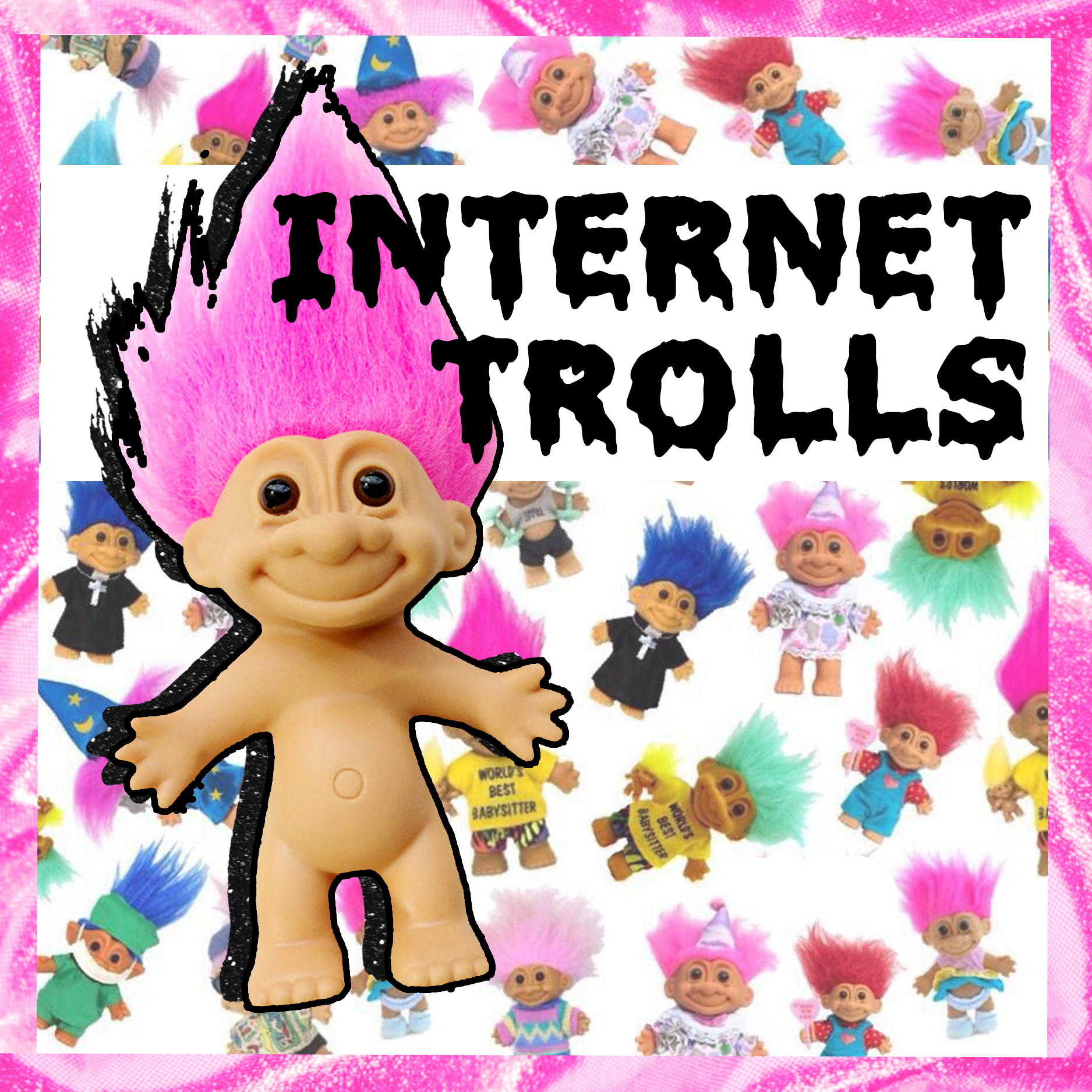 Unless it’s constructive or the answer you’re responding with is constructive: don’t respond to them & they’ll go away to troll someone else. How do I know? I have done it 23048029 times. Even a simple defensive comment will get them worked up, you know. They want you to ENGAGE- so do the opposite. Also: after a while this becomes second nature. I have heard it all & now it’s like “OK JUST ANOTHER DAY.”

♡ You can’t take it personally.

Honestly !!! It’s not about you- it’s about them. Most likely they feel bad about themselves & they’re deflecting it on to you. Lately I have actually had empathy for poor trolls- it’s sad to be behind a computer spewing hate every day. I can’t even imagine taking one second of positive energy & wasting it on someone who I don’t know on the Internet. OR even wasting it to someone’s face. I want to uplift people always. Anyway- don’t take shit personally. It’s not you, it’s them.

Give your energy towards building your business, your family, friends, significant other, cooking, fitness, health, home decor- whatever! Just don’t give those trolls your energy. As I always say we have a thermometer of energy every day; be cognitive on where you use that energy. I am strategic about how I use my energy. Very aware if you will.

Here’s a thought: if the critisim is valid- listen. For instance, one time I snapped a podcast while I was driving & a sweet reader reached out & said I should not be snapping & driving. And she was right. I shouldn’t be fucking snapping & driving. So I acknowledged it & never did it again. If it’s valid all you can do is listen & learn. No one is perfect. So if you’re getting defensive, check yourself. Sometimes accountability is needed. I am respectful always too. I feel like being kind & respectful but also being straight to the point is the way to go.

YOU SHOULD KNOW: NAYSAYERS represent just one person’s point of view. ALWAYS know your strengths while not allowing other people’s opinions to cloud your vision.

Do not let 1 troll dictate your day- know you have 230948 other people who are supportive. Focus on that.

So the point is with internet trolls: whenever I read any negative, rude, cruel comments, I started to reflect. In life everyone has an opinion about what you should do in your relationship or how you should wear your hair or why you should stick it out in a job that’s not for you or, in general, just has negative things to say about your life. I take a step back, know it has nothing to do with me, & continue doing cool shit.

I’m not going to let people’s negative opinions stop me. In fact, I’ll let them fuel me. GIVE ME ENERGY, INSTEAD OF DEPLETE MY ENERGY- you know?

Regardless, I hope this post will inspire you to NEVER STOP doing your thing because of someone else’s opinion. Keep doing what you’re doing even if people don’t like it. Don’t let ANYONE’S negativity dictate your life & journey.

Hope you’re all doing you on your own terms & not letting outside noise get to you. Continue to be fresh, new, distruptive, & interesting…because like, it’s working out pretty well for Jeff Bezos.

+ speaking of Amazon, shop TSC Store– so many good finds!
++ ANOTHER POST like this: WOMEN BASHING WOMEN SUCKS.

A LITTLE INSPO FOR YA:

10 Replies to “How To Deal With: Critics, SOURPUSSES, Trolls”