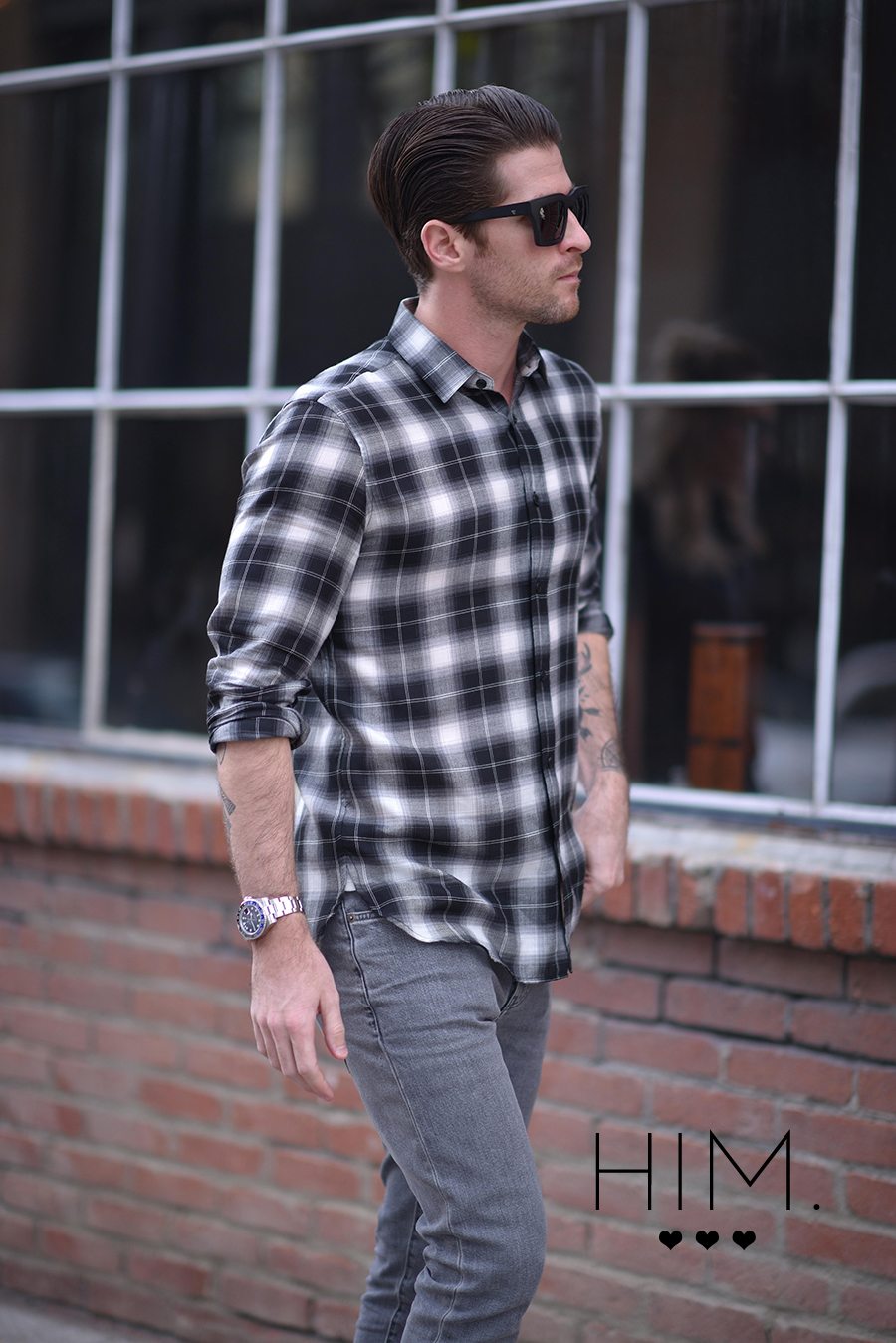 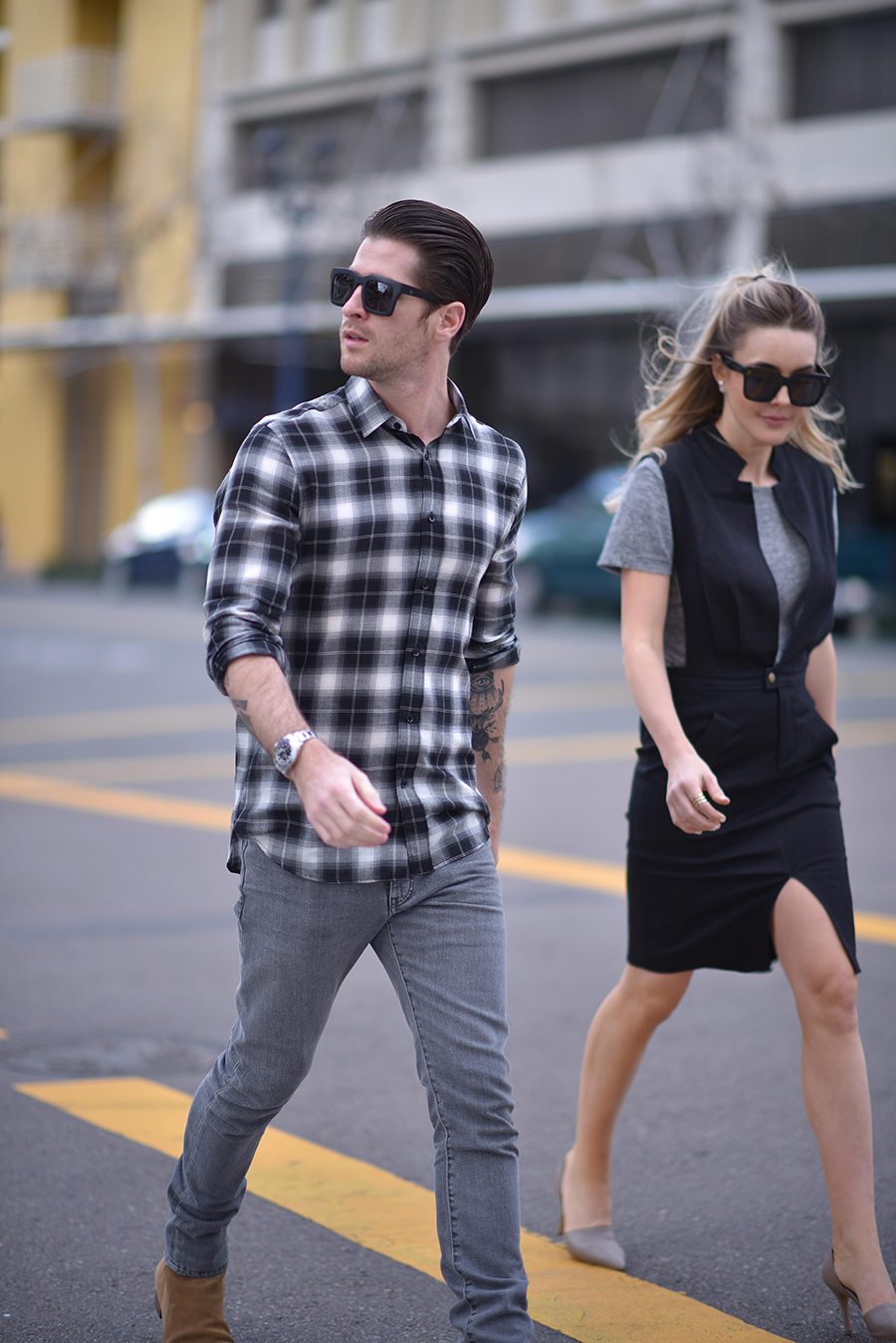 Well hi, hello, it’s me Lauryn, duh, AND tonight I’ve got something up my sleeve.

Michael’s decided to guest post on DATING TIPS. GET READY; he’s honest, black & white, and straight to the point.

& he’s here to share the real deal from a male’s perspective.

On that note, hope you guys like this new fun series called ‘HIM.’ We’ve decided to launch the series in February because, hello Valentine’s! This series is targeted towards women but this post in particular is for the single ladies. Single babes need some love during the month of love, right? Anyway, stay tuned for much more because we’ll be posting some fun shit in the HIM SERIES. NOW HOLD ON TO YOUR HORSES…really though, he’s NOT holding back: 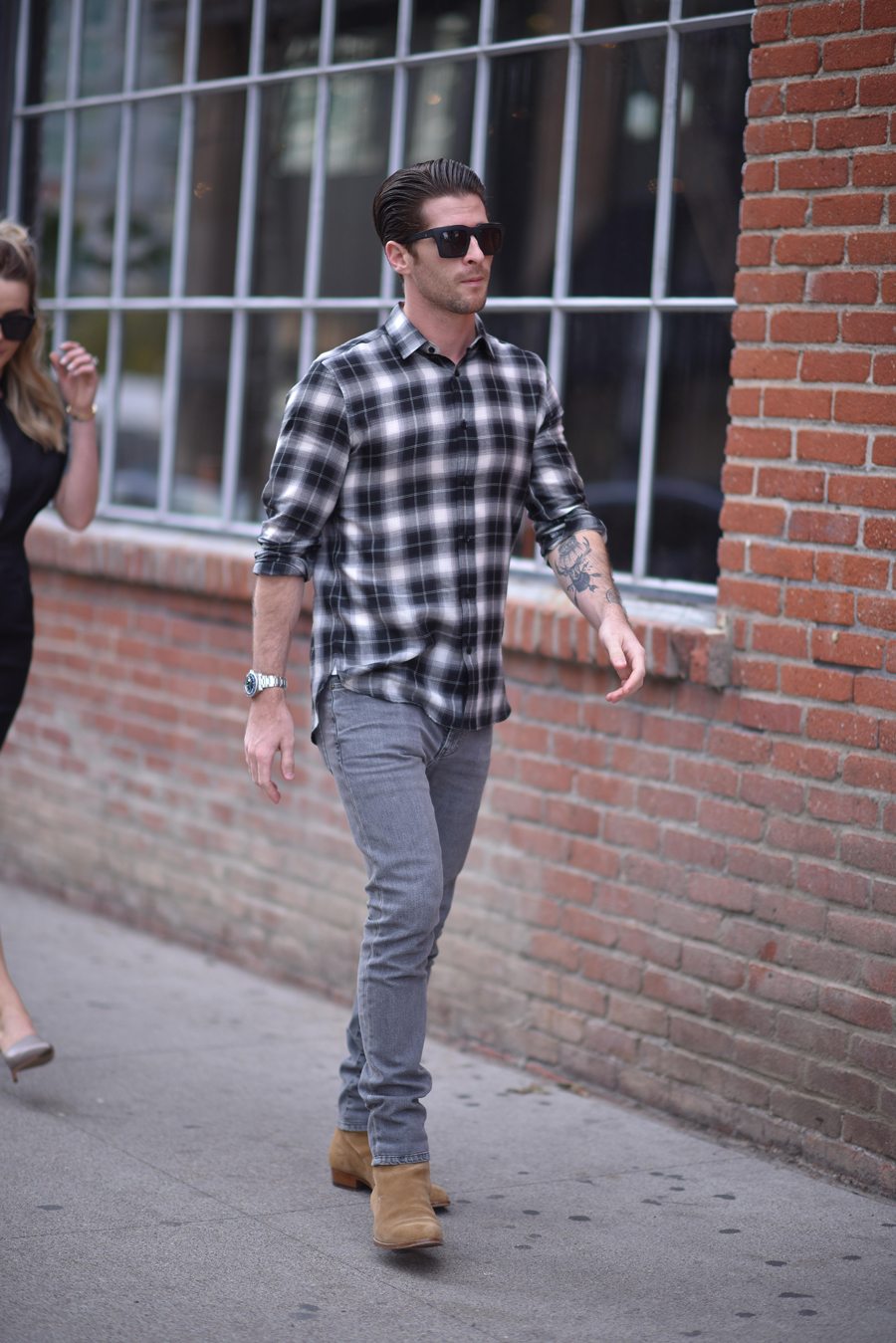 Ok girls here we go. This new series is going to be a fun project for me. First & foremost I want to apologize in advance for this post and then I want to say you’re welcome.

This is kind of like a fitness trainer putting someone through hell only to come out the other side with a better physique & healthier body. The reality check and hard work SUCKS but the reward is well worth it.

So…I’m going to give you advice as a MAN for what men want on a date and in a relationship. It may be hard to hear, & may be even hard to follow, but trust me when I tell you, this is what the majority of men want/think. If they tell you differently it’s probably to make you feel good or to keep their ass(es) out of the hot seat. Alright, I’m going to give you 5 general tips with some sub tips that I have developed over the years… Here we go.

Don’t talk about your ex’s or old relationships:

We get it…your old boyfriend was great, or maybe he was terrible, more than likely he was both great & terrible? Nothing’s worse than going on a date with a girl who has to tell us about her previous relationship. Instead, put the focus on your NEW date. Ask him questions, ask him about his life, get interested in his job or career. Talk about something interesting in your life: what makes you unique? What ambitions do you have? Lauryn had a friend a while back that would NOT stop talking about her exes. Needless to say she only ever had EXES because of this trait.

Keep the past in the past & make a new future!

If we aren’t calling or pursuing, don’t call or pursue us ( AKA play hard to get ):

Over the years I’ve heard so many girls say, “he isn’t calling me because of this and that”. “He said he’s really busy right now & doesn’t have time but when his time frees up, he’ll call me back.”

Cold hard fact here. If a guy wants you he will MOVE a fucking mountain with his bare hands, he’ll swim across a shark infested ocean, he will even cut his own arm off just to get to you. There’s no such thing as ‘we don’t have time or we’re busy.’ This is a guy trying to be nice so that he doesn’t have to say, “hey, not interested” or he’s keeping you on the back burner.

Is this a shitty cowardly thing to do? YES.. Does it make it any less of a fact? NO. 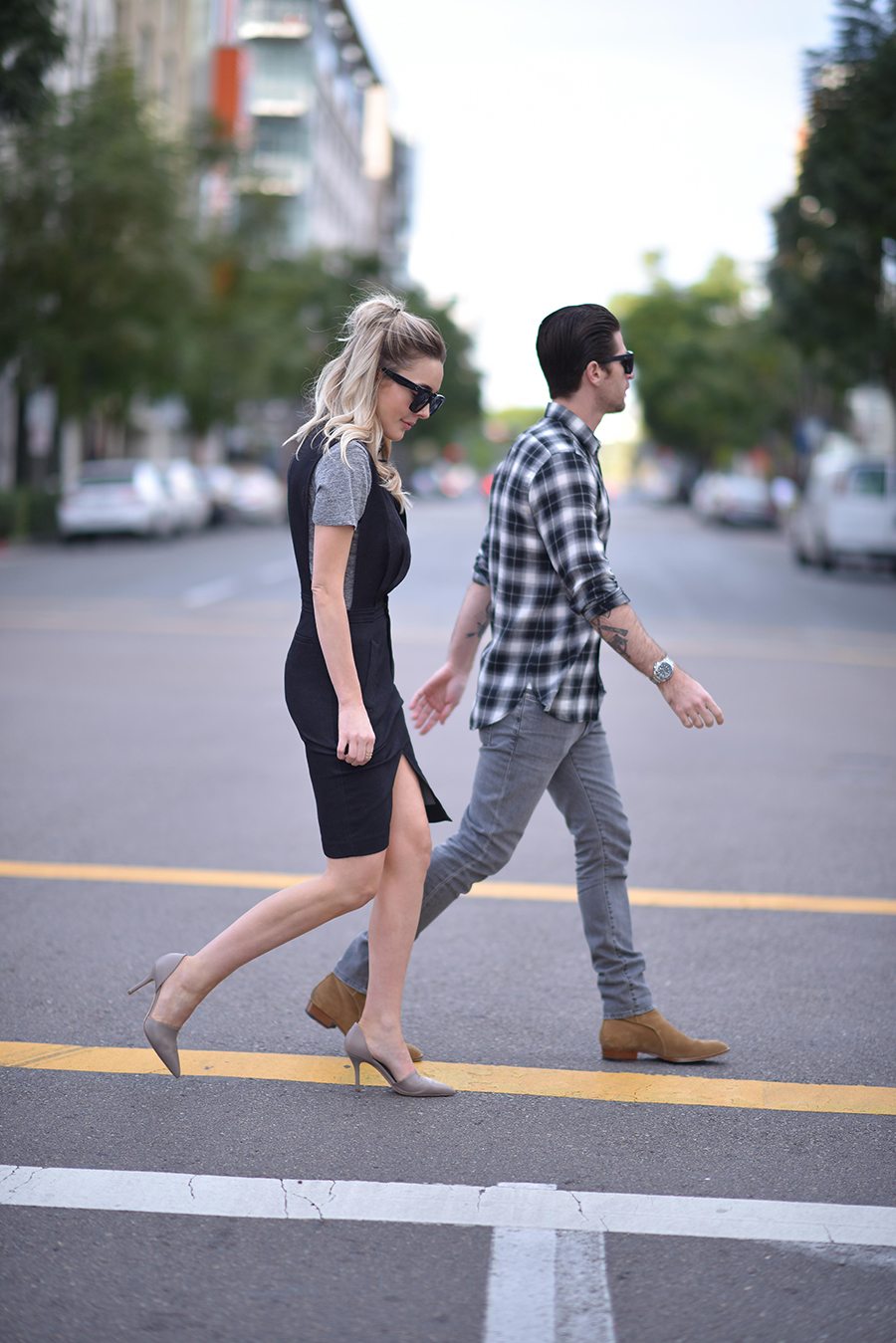 Having two younger sisters I’ve always told them, “play hard to get, make him pursue you.” Don’t be a stage 5 clinger— this is a huge turn off for men. Where women like to be pursued, we ( men ) like to be ignored. I don’t know why this is, probably because it’s a challenge.

Men like a challenge, so don’t make it easy.

Don’t sleep with us on the first, second, or third date ( or fourth? ):

Any men reading this are probably going to scream “TRAITOR!!!” and it pains me to turn on my fellow man like this.

Like I said in number 2, we want a challenge. We want to conquer. If you sleep with us right away we have “conquered” ( that’s not a good term to use for this but you get my point, right? ) we no longer have a challenge.

In the past ( pre-Lauryn ), whenever I’d pursue a woman I’d go at it full force. It was only when they would sleep with me early on that a light switch would go off in my head & I’d be immediately un-attracted. I thought something was wrong with me until I recently read Evolutionary Psychology by Dr. David M. Buss & discovered that this reaction is actually called The Attraction Reduction Effect.

This is a quote from the book: “he is most passionate and all over me just as we meet; after we have sex he is content and doesn’t seem to miss me that much any more”.

Now that we know this is a scientific psychological effect on men, what is the simple answer? DON’T SLEEP WITH HIM RIGHT AWAY! Make it a challenge, go on a few dates, develop a relationship, & a friendship ( that’s what Lauryn did, for the record ). He will not like you more if you sleep with him right away, actually it’s just the opposite.

…Now if you’re just in it for the sex & not the relationship then go ahead & get it girl. 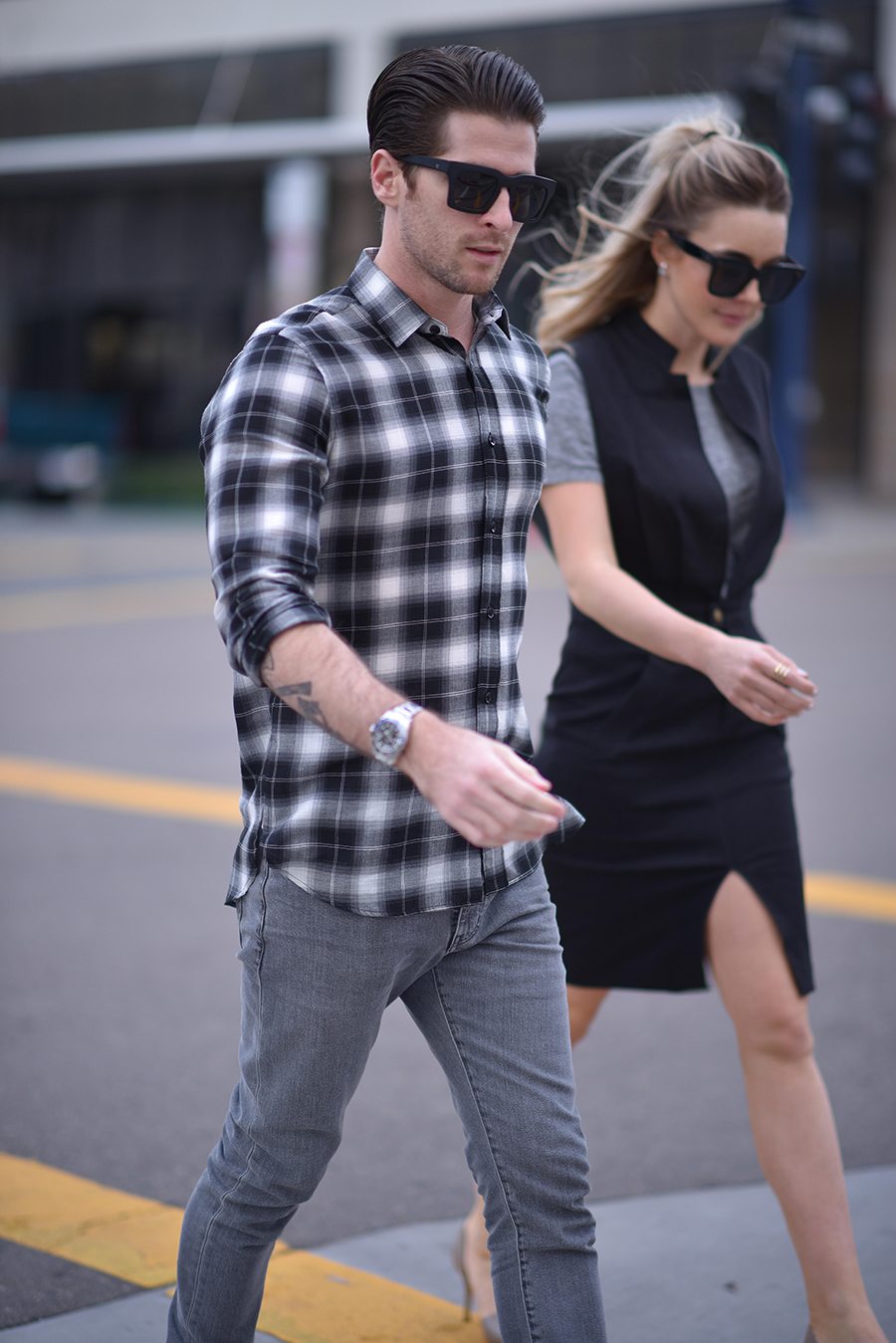 If you do sleep with us, go home early:

Now this is the worst. You never want to be the guy that sends the girl home after…”a nice evening”…You also don’t want to be the guy early on in the relationship that has to wake up next to a girl you’re just getting to know after a HEAVY night of whatever the hell you guys were doing the evening before…

Think about it like this, when you’re getting ready for your first dates, do you roll out of bed, throw on an old sloppy t-shirt, let your make-up from the night before drip down your face, go in with morning breath, & say “yea, this is the look, this will get him.”

So why would you think he wants to see you like this early in the morning when he also looks & feels like shit.

Wait a couple of weeks until you know the guy to spend the night & if you do spend the night? Set an alarm & get your ass out of there before he wakes up! Trust me. This will accomplish two things: first it will keep the attraction levels HIGH. Secondly, it will stick to our “hard to get method” which will trigger a reaction in his head that he needs you and needs to pursue you. See?!? Win, win.

If your boyfriend or new guy you’re dating wants to go out without you, encourage him:

This is probably THE biggest tip. Honestly nothing is worse than an insecure girl who thinks another girl is going to pop out of the bushes & steal their man the moment he steps out with his friends. Is this a possibility? Sure. Do you want to be with someone that will cheat on a moment’s notice? Probably not.

So based on that logic you should say, “Go ahead, go out with your friends, have fun!” We ( men ) are like children. When you tell us not to do something, we want to do it. When you say go ahead, we usually don’t.

I vividly remember a few years ago I went to Vegas with my guy friends & Lauryn said “go ahead, bye.” And while they were all raging I was outside of the club calling Lauryn. I didn’t even want to be in Vegas anymore.

Having a girl who’s confident & cool enough to let you do your thing is a real keeper…and men know it. It’s the insecure ones who will have issue after issue…after issue. Remember that.

That’s it for now!

I grew up with two sisters & now that I’m going to be marrying Lauryn, I have 2 more sisters ( hers ) to look after. Men are animals…we really are. Don’t make it easy on us!

Of course, I’d be really interested to hear your thoughts. Women in relationships: what are your experiences? And what do your husbands or boyfriends think of this post? Single ladies, what have your experiences been like?

Good luck and happy Valentine’s MONTH! Be back soon, 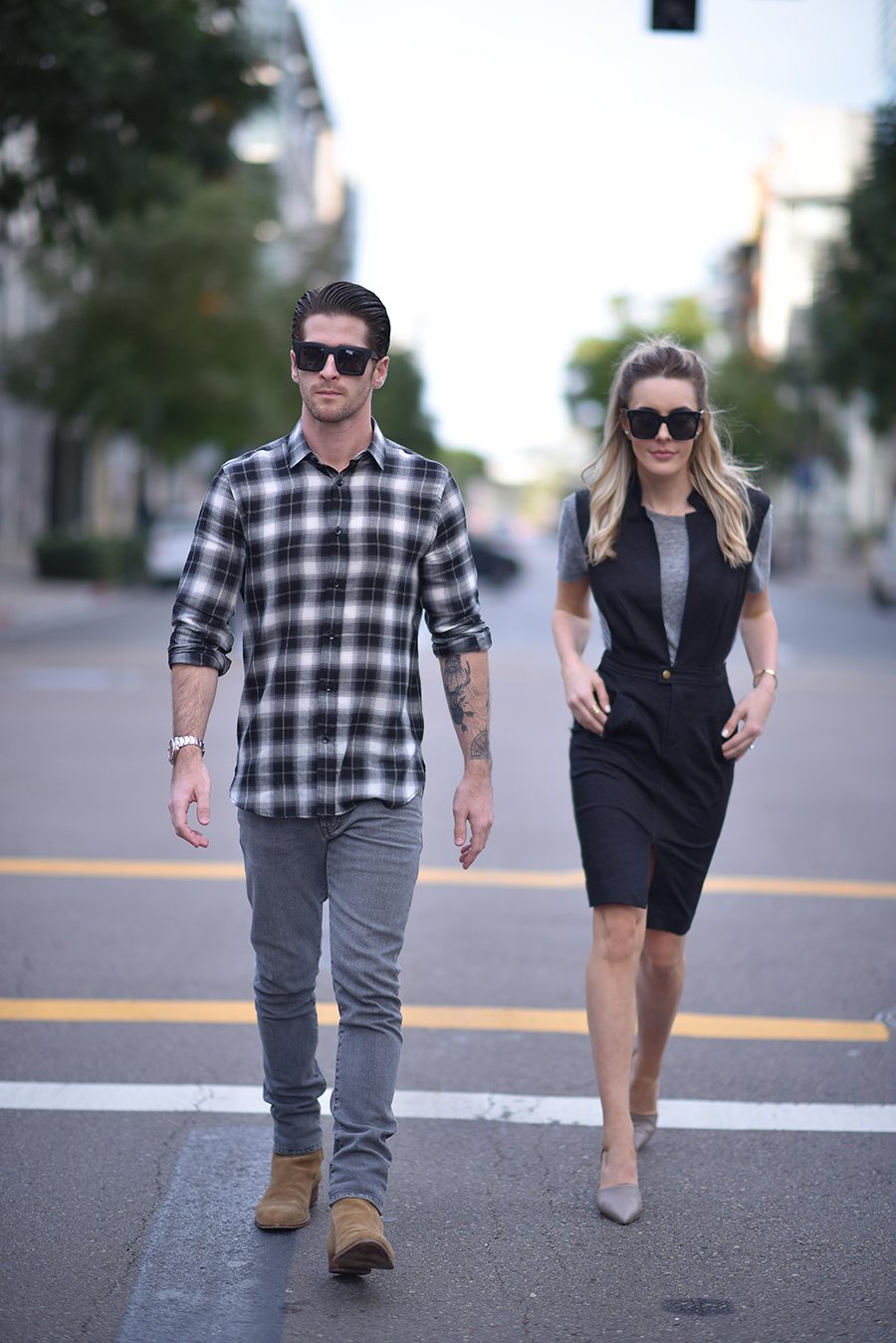 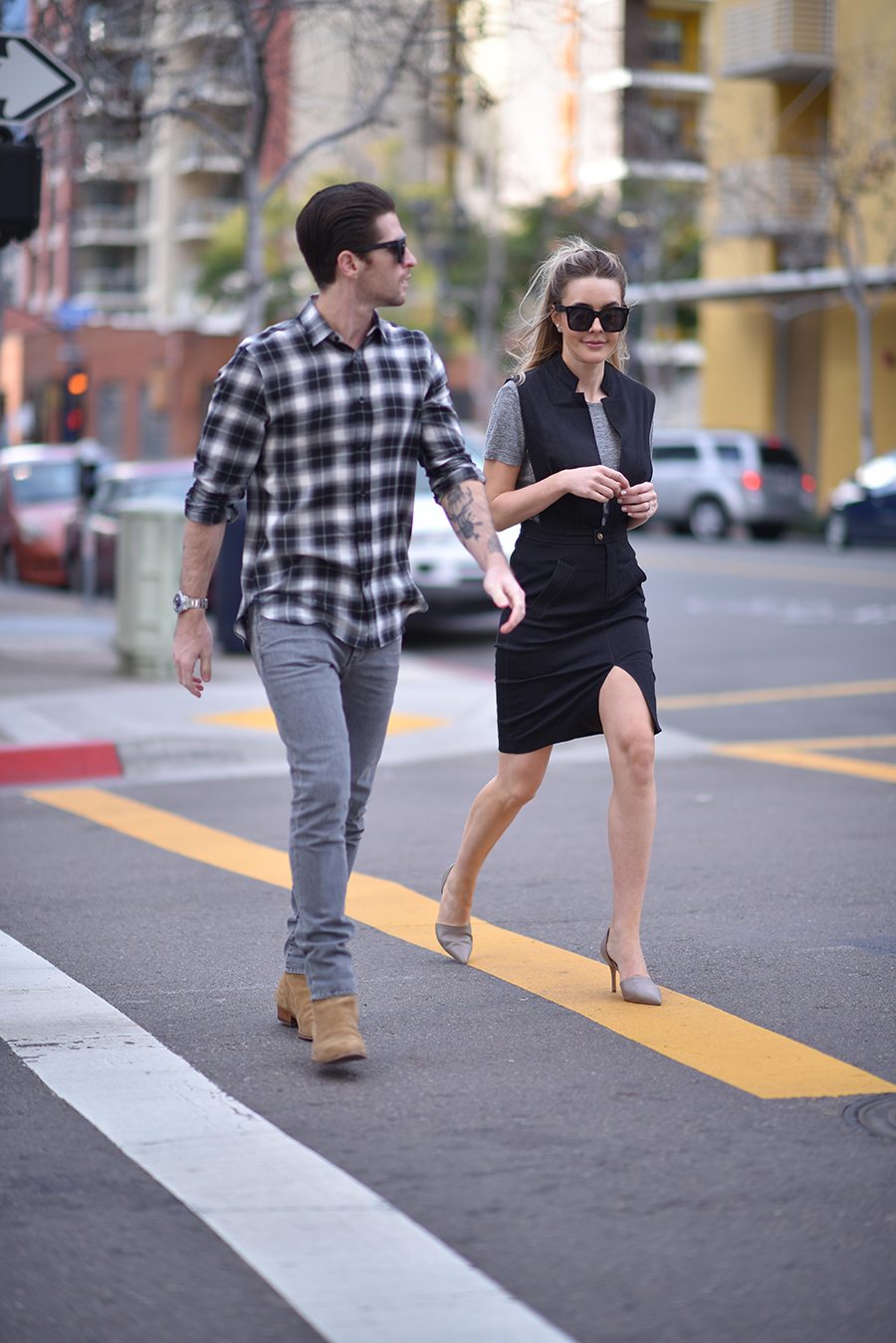 204 replies to “HIM SERIES: SINGLE GIRL DATING TIPS | by Michael”