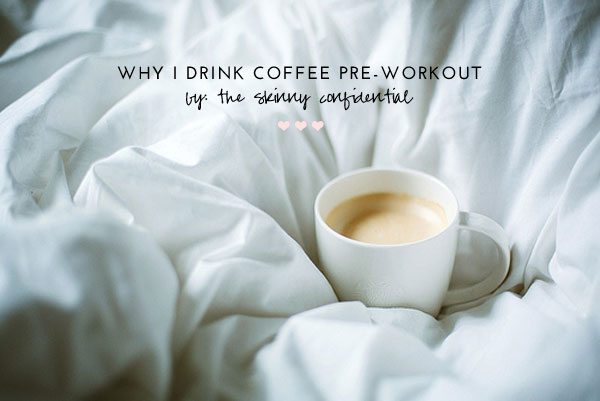 Let me set the scene: I’m in Miami at dinner with a table full of fitness trainers & I ask:

So they’re all around the table, thinking about their best pre-workout tip and then kid you not, four of them say:

“Drink coffee before you workout.”

Now this may not come as a HUGE-ASS surprise to many of you BUT I had to share because I always have my espresso shot/cappucino after my workout. Don’t ask me why? Because I don’t know why? And I totally don’t hate the idea of drinking it before so it got me thinking…

And since then I’ve made it a point to drink my cup of Joe pre-workout— & it’s game changing, duh.

According to the trainers I met with, you should also have a little bit of carb. Think: a little oatmeal with chia seeds or a 1/2 of a banana with a cup of coffee with cinnamon before working out. Opt for protein like eggs post-workout.

But going off on a tangent: I refuse to drink coffee without cinnamon ( love you, cinnamon ). I literally won’t drink it without the spice. Why? Because coffee raises blood sugars & cinnamon drops them so ultimately the blood sugar is balanced out. No cinnamon, no coffee. 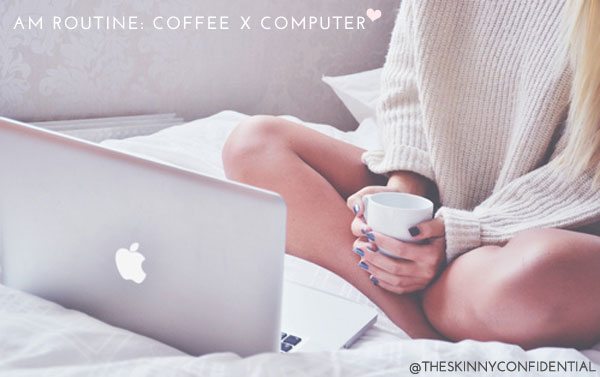 Anyway, I did some of my own research on the whole coffee situc & here’s what I found:

❤ according to Health, “recent Japanese research studied the effects of coffee on circulation in people who were not regular coffee drinkers. Each participant drank a 5-ounce cup of either regular or decaffeinated coffee. Afterward, scientists gauged finger blood flow, a measure of how well the body’s smaller blood vessels work. Those who downed “regular” (caffeinated) coffee experienced a 30% increase in blood flow over a 75-minute period, compared to those who drank the “unleaded” (decaf) version. Better circulation, better workout—your muscles need oxygen!”

❤ it will make your workout feel easier, you’ll have more energy, & concentrating on the workout will be easier.

❤ You muscles actually gain strength from coffee. Don’t believe me? Read more about the benefits of coffee.

❤ This online site says: “when used before exercise, coffee will give you a good boost, and will work to accelerate the benefits of exercise; stimulating energy production and fat burning.

However, after exercise your body needs a recovery meal, not caffeine, which will inhibit the mTOR (mammalian target of rapamycin); the mechanism that increases protein synthesis in your muscle.

You do not build muscle while exercising. Muscle building occurs afterward, so if your goal is to gain muscle mass, you do not want mTOR to be inhibited by caffeine…

That being said, if your main goal is to lean down and maximize fat burning, having coffee after exercise might be exactly what you need, as it will keep you burning fat while breaking down fat stores for energy. The post exercise coffee will continue mimicking the effects of exercise on your body for as long as you continue fasting; that’s until your next meal. If you exercise in the evening, you may want to skip the pre-workout cup of coffee however, as it can seriously disrupt your sleep cycle by keeping you alert well into the night.”

If you’re looking for a coffee brand, I’m IN LOVE WITH THIS BRAND ( not sponsored, just realness ).

Each of the trainers suggested plain coffee so basically no artificial crap or creamer. But definitely CINNAMON is A ok, folks. So drizzle that shit all over your pre-workout coffee & enjoy.

And to all of you green tea drinkers: you’re a saint…but sorry, I still want my damn cup of AM coffee.

Ok so, any other questions you guys have personal trainer friends? Let me know below.

56 Replies to “Fitness Tip: Kick Some Major Ass With Coffee”