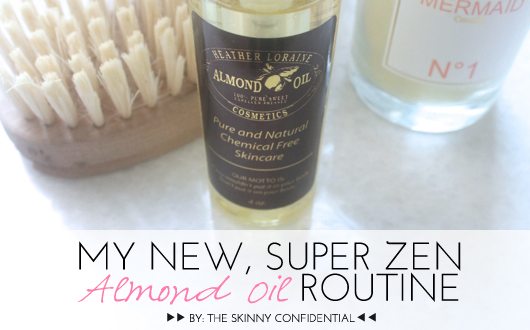 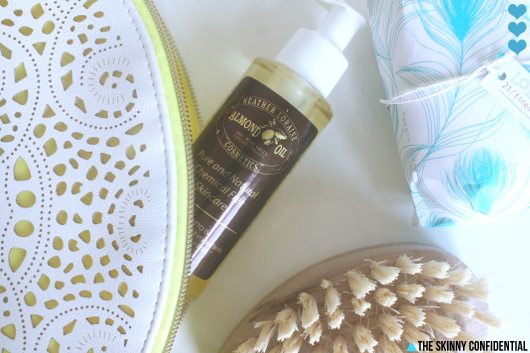 I got a blog comment the other day from one of you guys that was literally life-changing.

I asked you guys your most powerful habit. And there was an insane comment from a reader named Carla; she stated the following:

“Most powerful habit: dry brush in the morning, massage almond oil on the skin and then step under the cold shower. It’s from the Kundalinia yoga tradition and one of most healthy habits you can actually develop for your body and skin.” 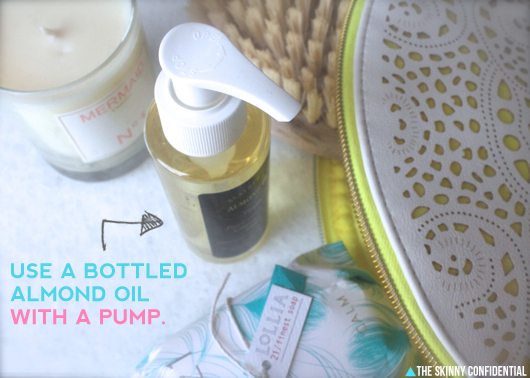 First things first though, I’m SOOOOOOooooo ( soooo, soooo, SOOOO ) obsessed with dry brushing. I know I’ve done a post on the subject in the past but I can’t stop, won’t stop.

So, back to the bod: all you do is dry brush before a shower, massage your skin with almond oil ( before not after you shower ) & go into a cold shower for a quick min. I like to use calming soap while I’m showering too so it’s like a mini spa treatment!

Taking care of yourself is muy importante and this beauty tip will help you feel your best. Plus your body will begin to crave dry brushing especially because the feeling after dry brushing is SERIOUSLY indescribable. It’s kinda orgasimic ( too far?? Whatevs ). But I promise, it’s the most invigorating feeling ever, ESP with almond oil & a cold shower.

Just make sure the almond oil is pure/raw/organic. K? 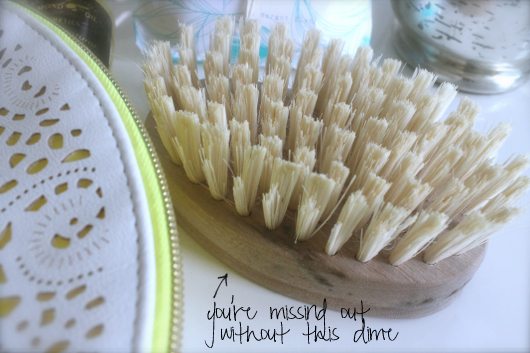 Some almond oil benefits,  for ya according to New Health Guide:

Almonds have a way of trapping moisture in the skin keeping it moisturized at all times. Better still, its high lubricating quality makes many users stick to using it as their daily skin care product.image001

This oil has also been proven to have a calming effect on people with skin allergies and inflammation. It has both the ability to soothe as well as treat skin allergies. Minor wounds, chapped skin, and other skin infections can also be treated using almond oil.

Emollient properties refer to the ability of the almond oil to get absorbed into your skin. It is also used in many spas for its less fragrant and less greasy qualities. It is also useful in massages as it restores the normal PH of the skin and allows the skin to glow thus preserving moisture.

Its lightening ability is another reason that has made this oil popular among many people with dark marks on their skin. All you need to do is mix some almond oil with some honey and apply on the affected area.

Almond oil contains vitamins that help it delay the appearance of wrinkles. It is best to apply almond at night after taking a shower. You could choose to do this twice a week or alternate days depending on how soon you wish to see the end results.

Harmful ultraviolet rays cause wrinkling, sunburns, aging, and skin cancer. Though sun -blocks and sunscreens are effective. Almond oil can help reverse the damages brought about by sun exposure.

Ok, so now it’s your turn: share your most powerful habit below and I’ll pick my favorite tip & feature it with picutres on The Skinny Confidential this month.

Now if you’ll excuse me I’m off to dry brush with a lil almond oil. 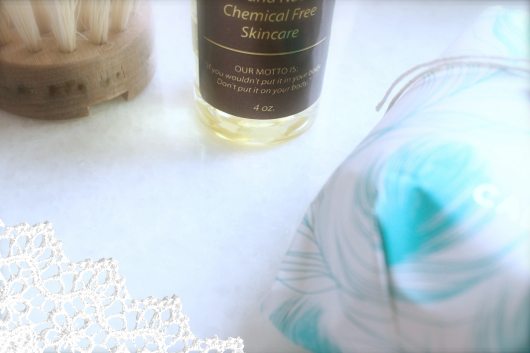